This Day in History: May 27th 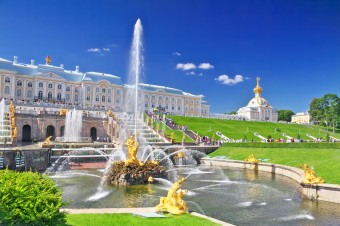 The magnificent city of St. Peterburg, one of the greatest cultural, commercial and technological hubs of Russia (and its second largest city), is a Johnny-come-lately by European standards. It was founded on May 27, 1704 by Peter the Great, and has the distinction of being one the world’s first cities to be designed according to a deliberate plan.

After the defeat of the Swedish army during the Northern War, Peter the Great chose the location of the new city to provide an outlet to the sea as well as protection for the port and the lands along the Neva River. Russia, which was once a land-locked nation, now had the ability to become a naval power.

Peter the Great ordered construction on the Peter and Paul fortress to begin on May 27, 1703, the date now considered St. Petersburg’s “birthday”. The fort itself went up quickly, but erecting the needed fortifications added at least another 30 years to the project.

Many renowned architects from various foreign countries were called in to work with Russian masters to design a city that would be both efficient and beautiful, for Peter the Great had a vision of what he wanted St. Petersburg – and Russia – to be. Peter had toured Europe extensively and was highly influenced by western arts and culture.

Peter the Great chose to designate St. Petersburg Russia’s new capital in favor of Moscow in 1712, and the city became the country’s political, cultural and industrial center.

Today, St. Petersburg, often called the “Venice of the North,” is home to about 5 million people. It is no longer the capital of Russia, having lost that title back to Moscow (a positively Boston / New York type rivalry), but is still a culturally and historically significant city.

When the city was being built, there were no bridges across the Neva, so the heart of the city formed on the river’s left bank. Today, tourists are drawn to The Hermitage Museum and the Mariinsky Opera and Ballet Theater, as well as the splendor of the Catherine Palace in Pushkin and The Imperial palace and park ensemble at Peterhof. As the world’s northernmost major city, St.Petersburg has long, dark winters that some (crazy) people find romantic; others like to visit during the “white nights” of summer with their endless twilights.

Since an international team was responsible for St. Petersburg’s architecture, the city has a unique pan-European flair. It has become one of the world’s most beautiful cities, with an elegance and charm that belies its youth. Nice job, Pete.