This Day in History: May 28th 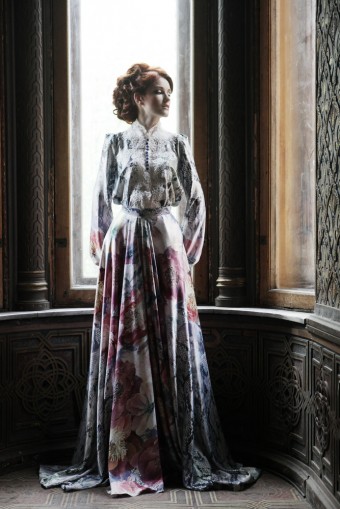 On May 29, 1923, the U.S. Attorney General gave the women of America the legal green light to wear slacks anywhere they wished – even in public. It seems a bit odd ninety years later that grown women needed an OK from the government when making fashion choices, but they weren’t even given the right to vote until three years earlier, so there you go.

Way back in the day, both sexes wore skirts, or at least skirt-like clothing such as togas, tunics, kilts – you get the idea. These sorts of garments made practical sense as they were simple to construct and provided built-in ventilation. When horseback infantries became more common, men began wearing below-the-waist items of clothing including breeches, tights and codpieces, as bouncing around on a horse commando would probably not be the most pleasant of experiences. (Judging from the wince I got from my better half when I asked him, in the name of research, how he’d feel about pants-less horseback riding, I’m pretty comfortable with that statement).

While there were certainly exceptions, such as Joan of Arc (who was initially tried due to the fact that she dressed as a man, but she got around that by arguing that she did so to protect her virtue- dresses offered too easy of access, and certainly while she was in prison that was a major problem for her), the ladies, at least in the western world, continued to wear skirts. And, with each passing century, they became more elaborate and heavy. Skirts became multi-layered, floor-length monstrosities that often required under-garment support such as petticoats or even steel reinforcement to achieve the desired “puff” affect.

Some ladies were willing to deal with the discomfort, the risk of nasty falls and being a walking fire hazard all in the name of fashion and propriety. (Yes, women are known to have died this way- fire as lighting mixed with these getups wasn’t a good combination.) Thankfully, in 1851 a trend call “rational dress” was brought on by the more liberal views inspired by the Enlightenment. Amelia Bloomer shocked contemporary sensibilities that year when she introduced her loose, ankle-length trousers designed to be worn under a shorter dress.

The Rational Dress Society in London in 1881 was fighting for a woman’s right to wear no more than seven pounds (!) of undergarments, which by Victorian standards would have been positively airy. Women wore bloomers as the bicycle became more popular, but pants as a singular item of clothing had to wait until the 20th century.

Pants were mostly seen in Paris and in the pages of Vogue during the earliest part of the 1900s. By the 1930s, Hollywood legends Marlene Dietrich and Katharine Hepburn were seen and photographed sporting slacks on and off-screen. When women entered the workforce in droves during World War II, pants were more often than not worn for work, although dresses were still considered proper attire for everywhere else. This was truer than ever during the post-war period.

It was only in the ‘60s and ‘70s that women began wearing pants as a matter of course. It may have been legal for them to do so since 1923, but for a variety of reasons, most societal, women didn’t popularly do so until 40 years later.

Incredibly, until early 2013, it was technically illegal for women to wear pants in Paris, the fashion capital of the world. The law was originally put in place in the late 1700s, supposedly to keep women from being mistaken for men during the Revolution. There had been several attempts to repeal it, the last being in 2010 when the Powers That Be brushed it off saying it would be a “waste of time.”

France’s minister for women’s rights, Najat Vallaud-Belkacem, disagreed, and rendered the law null and void. Part of a statement she released read: “This ordinance is incompatible with the principles of equality between women and men.”