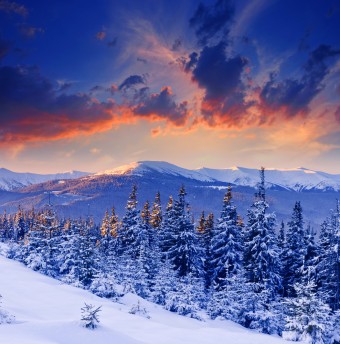 To this day, the Siberian wilderness is still one of the most isolated places in the world. Known as the Siberian taiga (meaning “forest” in Russian), its harsh, cold climate greatly discourages human habitation. Its steep hills and difficult terrain makes it nearly impossible to travel through it, much less live there. It’s filled with pine and birch trees, nearly undisturbed by humans for centuries. Bears and red foxes wander through the forest during the day, while wolves hunt at night. It’s freezing cold with the average mean yearly temperature at negative five degrees Celsius. Stretching east to west, from the Atlantic Ocean across the continent to the Mediterranean, and extending up north to the Mongolian Arctic border, the Siberian taiga is the largest of Earth’s nearly uninhabited wilderness. Nearly five million square miles of barren land sparsely populated by a few towns containing only a few thousand people.

In 1978, a team of Russian geologists were sent to explore the deepest, most isolated part of this region. Forest and wilderness that, at the time, have been barely touched by human hands. Traveling there via helicopter, from high above the taiga, they spotted something that seemed quite unusual- a clearing with a garden, clear evidence of human life. This seemed nearly impossible to the geologists. They were nearly 150 miles from the nearest human settlement. Upon landing, the geologists knew they had to investigate, despite their trepidation. One of the geologists, Galina Pismenskaya,  said later that they had “put gifts in our packs for our prospective friends,” but also checked “the pistol that hung at my side.”

They continued on and found more signs of human inhabitants-  a wooden staff, a log bridge across a stream, more gardens, until they saw a hut. They approached the hut with caution. Finally, the makeshift door creaked open and out stepped an old man with tattered clothing and an unkempt long beard.  Despite having “fear in his eyes”, the old man said very softly to his visitors, “Well, since you have traveled this far, you might as well come in.”

As the geologists entered, what they saw astonished them. The dwelling was something out of history books- tree stumps holding up the foundation, floor made out of potato peels and pine-nut shells, everything covered in filth. As they looked closer in the dim-lit, one room shack, they saw this was a home for a family of five, a father and four children, two of which began crying uncontrollably at the sight of humans unknown to them.  As the geologists said,

The silence was suddenly broken by sobs and lamentations. Only then did we see the silhouettes of two women. One was in hysterics, praying: ‘This is for our sins, our sins.’ The other, keeping behind a post… sank slowly to the floor. The light from the little window fell on her wide, terrified eyes, and we realized we had to get out of there as quickly as possible.

Karp Lykov, the old man, once lived in a populated part of Russia. He was a member of a fundamentalist Russian Orthodox sect known as the Old Believers, called this because their worship style hasn’t changed since the 17th century. Old Believers had been persecuted in Russia for centuries, even before the Soviets took over. Dating back to Peter the Great’s reign in the late 17th and early 18th centuries, Old Believers, who customarily wore beards, were forced to pay a tax on their facial hair.

When the Soviets took over, Karp thought it was time to retreat to sparsely populated towns that dotted Siberia. One day, in 1936, while working the fields with his brother near their village, a Communist guard came by and shot his brother right in front of him. Karp immediately grabbed his family (which, at the time, only consisted of his wife, his son Savin, and his 2-year old daughter Natalia) and disappeared into the dark Siberian wilderness.

Karp and his wife, Akulina, had two more children in the wild, Dmitry and Agafia, who before they met the Russian geologists, had never seen another human besides their own family. Everything they knew of civilization came from their parents. They were taught how to read and write with the help of an old family Bible. They knew nothing of the world past 1936, including even the existence of World War II or the Cold War. Every member of the family had to learn how to provide for themselves using only the resources found within the wilderness.

As the children grew, they became the hunters and gatherers. Dmitry, for example, learned how to kill animals without guns or bows. He did this by digging traps and chasing the animals until they collapsed from exhaustion. Times became even tougher for the family when Akulina passed away in 1961 (approximately) from starvation. Now, it was just a father and four children struggling to survive.

Realizing how traumatic this must be for the kids, having never met another human before, the geologists retreated out of the hut and set up camp a little ways away. Soon, the family came out and approached the scientists, still scared but curious. At first, they refused everything given to them by the geologists, including clothes, food, and bread (Karp explained that his youngest children had never even seen bread, much less tasted it). Soon, the family and the geologists formed a bond. The geologists told them about what they’d missed in the world since 1936 and showed them modern innovations like cellophane (“Lord, what have they thought up—it is glass, but it crumples!”, exclaimed Karp) and television (which scared and enthralled them at the same time). In turn, the family showed the geologists how to survive in the Siberian taiga, including how to grow crops in such harsh conditions.

The geologists continued to survey the wilderness, co-existing with the family, for several years. On several occasions, the scientists tried to convince the family to move back to civilization, but they refused. Eventually, though, the years of survival in harsh terrain caught up with them. In the fall of 1981, three of the four children (Dmitry, Natalia, and Savin) passed away within several days of another, two from kidney failure and one from pneumonia. The geologists offered to transport the sick members of the family to a hospital, but their offer was staunchly refused.

After the death of the three, the geologists once again tried to convince Karp, now a man in his late 80s, and his youngest daughter, Agafia, to move in with relatives in a village 150 miles away. They still refused. On February 16th, 1988, exactly 27 years to the day after his wife, Karp passed away in his sleep, leaving only Agafia as the surviving member of the family. Insisting on staying, Agafia, as far as I could dig up, to this day now in her 70s, still lives high in the mountains of the Siberian taiga. Alone.