December 21, 2013 Daven Hiskey
This is a weekly wrap of our Daily Knowledge Newsletter. You can get that newsletter for free here. 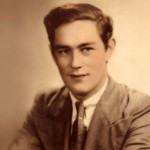 Henry Gustav Molaison, who came to be known by his initials, H.M., was studied from 1957 until his death in 2008. From an early age, H.M. suffered from severe epilepsy that was blamed on a bicycle accident when he was seven years old. He had seizures for many years that got progressively worse as he aged. The seizures finally got so bad that H.M was blacking out and could no longer work at his job assembling vehicle motors. He had to move in with his parents. At the age of 27 in 1953, H.M. was referred to… (more) 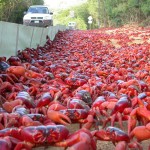 As you can probably tell from its name, the Christmas Island red crab is a species of crab native to Christmas Island. Every year, millions of them will leave their forest burrows and swarm across the island to breed, leaving Christmas Island’s residents to deal with the consequences of their homes being overrun by crabs that outnumber the human populace almost 20,000 to 1. That last part isn’t hyperbole, according to the Australian census reports, Christmas Island has a population of just over 2000 people, whereas… (more) 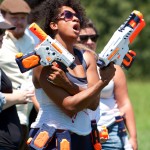 he modern, multi-coloured plastic water guns are a familiar sight, and you probably wouldn’t be surprised to find out they’ve been around for a while. That said, it might surprise you to learn that records show they likely pre-date the American Civil War, at least in some form or another. Back in 1861, Abraham Lincoln called for 75,000 volunteers to fight in the war. Boys were scrambling over each other trying to enlist first for fear that they might miss the conflict. They were doing… (more) 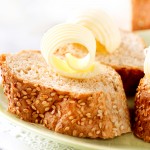 Odds are you probably have a stick or a tub of it sitting in your fridge right now, but do you have any idea how margarine became a staple in most kitchens? It turns out, margarine has a long and controversial international history, and can even boast the involvement of Emperor Napoleon III in its invention. Margarine derives its name from a discovery in a chemist’s lab in France in 1813. Scientist Michel Eugène Chevreul uncovered a new fatty acid that he decided to call “acide margarique.” His discovery consisted of shiny, pearl-like deposits, so margarites seemed an apt name, as it is the Greek word for… (more) 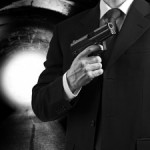 The man was Ian Fleming. Born May 28, 1908 to a wealthy family in London, he and his three brothers were educated at Eton College, the same school Princes William and Harry attended. Fleming was supposedly a master of athletics. After Eton, he attended Sandhurst and chose to study in Munich and Geneva, where he had the Alps as a backdrop. He would later learn to ski and climb the mountains, perhaps not surprising given his athletic history, which would also set the stage for some of his yet-to-be-conceived character in the James Bond books. Fleming jumped from career to career almost… (more)