November 30, 2013 Daven Hiskey Leave a comment
This is a weekly wrap of our Daily Knowledge Newsletter. You can get that newsletter for free here. 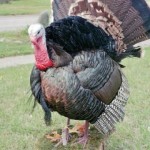 Why a Turkey is Called a Turkey

In the sixteenth century, when North American turkeys were first introduced en masse to Europe, there was another bird that was popularly imported throughout Europe and, most relevant to this article, England, called a guinea fowl.  This guinea fowl was imported from Madagascar via the Ottoman Empire. The merchants who… (more) 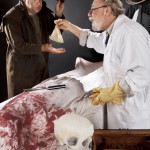 The Resurrectionists and the Doctor’s Mob Riot

Long before colonoscopies, mammograms and physicals (turn your head and cough), patients have had a love-hate relationship with doctors. Often uncomfortable (or downright awful), the procedures employed by physicians are frequently met with distrust and revulsion (until those methods achieve desired results). This was no different during the early years of modern medicine when one practice in particular, human dissection, stirred the… (more) 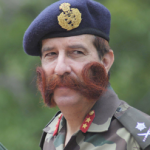 The British Military Used to Require All Soldiers to Have Moustaches

Command No. 1,695 of the King’s Regulations read: “The hair of the head will be kept short. The chin and the under lip will be shaved, but not the upper lip…”  If a soldier shaved his moustache, he faced disciplinary action by his commanding officer which could include imprisonment, an especially unsavory prospect in the Victorian era. Initially, this follicular fashion statement was all about… (more) 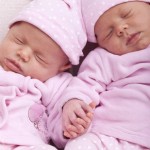 Maria Jones-Elliot of Waterford, Ireland, was just 23 weeks pregnant when she went into labour with her twins in 2012. She was understandably worried—it isn’t until 24 weeks that doctors now consider a pregnancy viable (that is, the baby could potentially live outside of the womb with a lot of medical intervention), and 40 weeks is the normal gestation period. These babies wanted out early, and doctors weren’t sure that they were going to be able to save them. When Amy was born nearly four… (more) 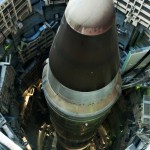 We guess the first thing we need to address is how this even came to be in the first place. Well, in 1962 JFK signed the National Security Action Memorandum 160, which was supposed to ensure that every nuclear weapon the US had be fitted with a Permissive Action Link (PAL), basically a small device that ensured that the missile could only be launched with the right code and with the right authority. There was particularly a concern that the nuclear missiles the United States had stationed in other countries, some of which… (more) 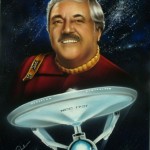 Doohan, a Canadian, after leading his men through a mine field on Juno beach and personally taking out two German snipers in the process, eventually took four rounds in one of his legs; one in his hand, which ultimately resulted in him losing his middle finger; and one in the chest.  The shot to the chest likely would have been fatal except that he had a silver cigarette case there, given to him by his brother, which deflected the bullet.  He would later give up smoking, but at least he could say that being a smoker actually saved his life. Ironically, the shots he took were not fired by the enemy, but rather by an overzealous Canadian gunman.  After his… (more) 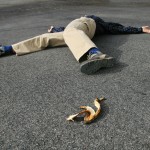 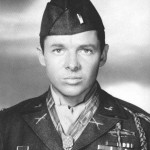 Murphy was born on June 20, 1925 in Texas. His family was extremely poor, partially due to having twelve young mouths to feed. When his father abandoned the family when Audie was fifteen years old, he was forced to pick up some of the slack by hunting and doing what work he could to keep food on the table. Unfortunately, his mother died just a year after his father left. Shortly thereafter, when the Japanese attacked Pearl Harbor, Audie attempted to join the various branches of the U.S. military… (more)