December 7, 2013 Daven Hiskey
This is a weekly wrap of our Daily Knowledge Newsletter. You can get that newsletter for free here. 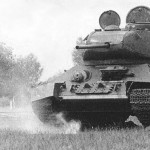 The Exploding Anti-Tank Dogs of WWII

These dogs, usually Alsatians, were also called “Hundminen” or “dog mines.” They were  trained to carry explosives on their bodies to enemy tanks, where they would then be detonated. No, it did not end very well for the dogs in question. This type of animal weaponry was first used by the Soviets. Following a decision in 1924… (more) 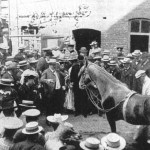 The Horse That Could Do Math: The Unintentional Clever Hans Hoax

Move over Mr. Ed, Clever Hans was the original horse who could communicate with humans in complex ways. Well, at least it seemed that way at the time. This phenomenon began in the late 19th century with a German mathematics teacher by the name of Wilhelm Von Osten. He was a student of phrenology, which meant that he adhered to the belief that a person’s intelligence, among other things, can be determined by the size and shape of their head. In addition, he was interested in animal intelligence and the idea that it was greatly underestimated by the human race. As a result of his beliefs… (more) 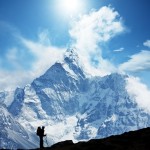 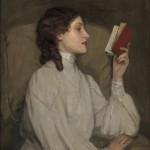 Reading in Dim Light Will Not Damage Your Eyes

In fact, the only “damage” reading in a dimly lit setting will do, in comparison to reading in an ample lighted setting, is to cause extra eyestrain, which will go away simply by resting your eyes.  This shouldn’t be too much of a surprise given the fact that for centuries people have been reading by candlelight without rampant reports of rapidly reduced eyesight.  In fact, the opposite has happened with rates of things like myopia, usually what is most cited as being what reading in dim light contributes to, being on the rise despite all our bright light sources.  Nonetheless, perhaps because parents the world over are trying to get their kids to go to bed… (more) 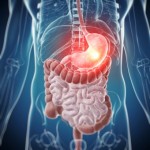 When it comes to science, we think there’s a saying that is fairly applicable, “who dares, wins”. Fans of military history may recognise that as the motto of the Special Air Services (SAS). However, we feel scientists and researchers deserve to use it just as much, because sometimes they take risks too. Just ask Barry J. Marshall if you don’t believe us. Marshall is known primarily for his work revolving around peptic ulcers. If you don’t… (more) 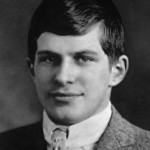 Before the terms “Tiger Mom” or “Helicopter Mom” entered our vernacular.  Before the moms on “Toddlers and Tiaras” tried to turn their daughters into beauty queens. Before Earl Woods showed off his two year old son Tiger’s golf skills on the Mike Douglas Show. Before Lindsay Lohan’s dad, the mother in Psycho, and every other overbearing parent we know from modern pop culture, there was William J. Sidis and his mom and dad. Boris and Sarah Sidis were Ukrainian Jewish immigrants who were both brilliant. Having fled… (more) 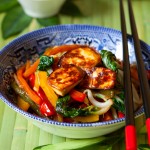 Why Asian Nations Use Chopsticks

Created roughly 4,000-5,000 years ago in China, the earliest versions of something like chopsticks were used for cooking (they’re perfect for reaching into pots full of hot water or oil) and were most likely made from twigs. While it’s difficult to nail down a firm date, it would seem it wasn’t until around 500-400 AD that they began being used as table utensils. One factor that contributed to this switch was a population boom across the country. Consequently, resources… (more) 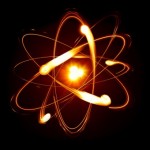 In May 1972 in a uranium enrichment plant in France, scientists examining ore from a mine in Gabon, West Africa, discovered that a natural nuclear reactor had spontaneously manifested in that region in the Earth’s primordial past, churning out approximately 100 Kw worth of energy continuously for a few hundred thousand years about 1.7 billion years ago. In order to understand how the natural nuclear reactor came about, it helps to understand a little of the history and science… (more)