November 23, 2013 Daven Hiskey
This is a weekly wrap of our Daily Knowledge Newsletter. You can get that newsletter for free here. 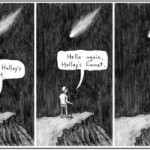 A comet is simply a relatively small astronomical object that has a “tail”, known as a coma, which makes up a temporary atmosphere for the comet.  Asteroids, on the other hand, do not exhibit this tail and are classically defined as simply an astronomical object that orbits around the Sun, but isn’t a planet or a comet. The tail of a comet is made from the Sun heating various substances in the comet, such as water in the form of ice, to beyond the boiling point level in the vacuum of space.  These vaporized… (more) 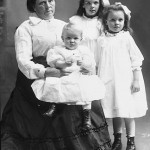 You probably remember Bluebeard, the title character in the French folk tale by Charles Perrault, which you might have stumbled across in a fairy tale book or two. Bluebeard was a man who had been married several times, but no one knew what had happened to his previous wives. When he takes on a new wife, she discovers the murdered bodies of the old wives in a small, forbidden room. It’s the kind of thing you hope will stick to the storybook pages, but for Belle Gunness’ victims,… (more) 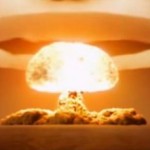 This phenomenon all comes down to a little something called the Rayleigh-Taylor instability, and by extension, convection. I’ll begin with the somewhat longer, but less geeky explanation before descending once again into extreme nerdery. It all starts with an explosion that creates a Pyrocumulus Cloud. This ball of burning hot gases is accelerated outwardly in all… (more) 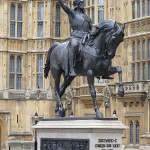 Richard was born on Sept. 8, 1157 to Henry II and his formidable queen, Eleanor of Aquitaine in Oxford, England. He was the third son of the royal couple, and therefore not expected to inherit the English crown. In 1176 at the age of 11, Richard was enthroned as the Duke of Aquitaine, a French duchy he inherited from his mother, who was said to favor her son Richard over her other children. The feeling was mutual, as Richard was famously devoted to his mother. He… (more) 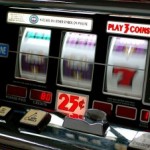 The Origin of the Term “Jackpot”

Jackpot originally popped up around the 1870s and was from the poker game “Jacks or Better”.  This is much like traditional five card draw, except in this case, if a player does not have a pair of “jacks or better” in the first round of betting, he has to pass.  This doesn’t necessarily mean he has to be holding a pair of jacks, queens, or the like.  It just means that he has to be holding cards that will beat a pair of tens.  Once the first person who has… (more) 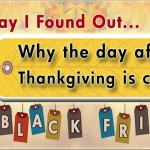 “Black Friday” as a name for the day after Thanksgiving was coined by police officers in New England. One of the earliest documented references of this was in December of 1961, where Denny Griswold of Public Relations News stated: “in Philadelphia, it became customary for officers to refer to the post-Thanksgiving days as Black Friday and Black Saturday. Hardly a stimulus for good business, the problem was discussed by… merchants with their Deputy City Representative… He recommended adoption of a positive… (more) 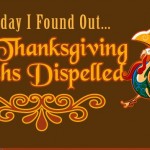