Where the Expression “Bust Your Balls” Comes From 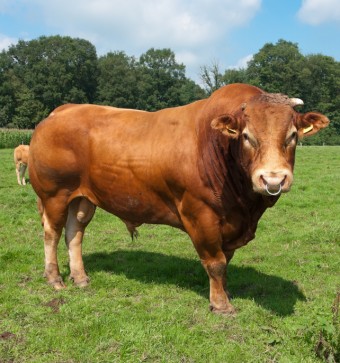 Whether it’s busting or breaking, balls or stones, this expression has long been used by young men (and not a few women) to express a wide range of emotions brought about by the words or actions of another.

Although the phrase usually accompanies laughter, it arose out of a truly painful, yet common practice among beef cattle operators where they bust the bull’s balls as a method of castration.

For those not familiar with the phrase, there are a couple of different common meanings to “bust your balls.” Both of the following examples come from the 1990’s movie, Goodfellas.

The first, and far more common, is when someone is being teased or kidded:

Billy: Hey, Tommy, if I was gonna break your balls, I’d tell you to go home and get your shine box.

The second, and by far the more nefarious, is when someone is overworking, overwhelming or trying to ruin another:

Much more like the second meaning than the first, ball busting occurs frequently in the beef cattle industry. There are several reasons why a beef cattle operator prefers to have his male bulls unmanned:

When done properly, castration of the bull calves will increase the return to the operation. . . . The major concern of feeding bulls is the marketing system [which] favors steer carcasses [that] can be marketed through a greater number of channels than bull carcasses. Feedlot managers prefer steers to bulls [because] steers are easier to handle and more docile than bulls . . . are not as rough on equipment and are easier to manage as new individuals added to feedlots.

The economic advantage to castration is difficult to argue. According to recent studies, male cows that are not castrated (called “intact” in the industry) “have historically suffered a price discount of around $4.50 to $6.00 / cwt.” This means that for an 800-pound carcass, the operator would bring in between $36.00 and $48.00 less for a bull than a steer.

Although some believe intact calves gain weight faster than those that are castrated, most experts assert that there is no difference and recommend castration earlier rather than later. Nearly all agree that the worst time to castrate a calf is during weaning (when the calf is separated from its mother) because it “is already a stressful time, often caus[ing] calves to succumb to sickness.”

In fact, though, sickness is much more common among cows castrated at a later age. According to two separate studies:

In any event, practices differ, with some operators emasculating calves as early as shortly after birth, and others waiting for weeks and even months to castrate their baby bulls.

Although surgical, hormonal and chemical methods of castration are all available, by far the most common practices are the physical methods that “kill” the calf’s testicles by cutting off their blood supply.

This practice, whereby a tool known as an elastrator is used to put a tight, strong rubber band around the testicles, proceeds as follows:

Recommended only for the youngest calves (birth to three weeks), this method poses a risk of tetanus and blackleg (a potentially fatal bacterial infection), so vaccinations are usually given simultaneously. If properly done, the scrotum should die and fall off within 10 to 14 days.

Because of the great risk of improperly performing this procedure, some countries consider the practice inhumane and have banned it.

Most likely the technique specifically referred to in the expression, with this method that employs a clamp known as a Burdizzo, the blood vessels in the calf’s scrotum are literally crushed or broken as follows:

Because the spermatic cord must be palpable in order to perform the castration properly, this procedure is not recommended for calves younger than one month of age.

Unlike the elastrator method, when balls are busted the scrotum remains; however, after about four to six weeks, the testicles inside will have completely shriveled up.

Castration: Not Cutting Will Cut Profits

Don’t Be an Idiom: Busting Balls