The Origin of the Phrase “Close, But No Cigar”

September 16, 2013 Emily Upton
J. Ramhit asks: Where did the phrase “close, but no cigar” come from? 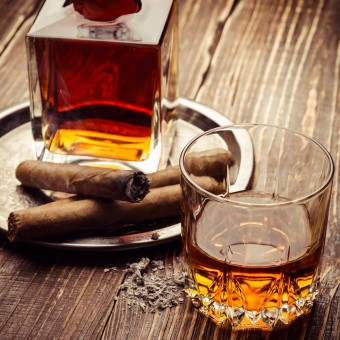 This popular idiom, which means “to fall short of a successful outcome” or “close call,” was first coined in the United States in the late 19th or early 20th century.

While it can’t be proven definitively, it’s likely that the phrase originated at fairgrounds around this time. Much like fairs today, booths would be set up and fair workers would host overpriced, nearly-impossible-to-win games for happy fairgoers to try. Games of strength, accuracy, and skill were played by men and women, and, occasionally- just enough to keep people interested- an individual would win.

So what does this have to do with cigars? These days, moms and dads at the fair usually have children hanging off of them begging for the biggest stuffed animal hanging from the ceiling of the game booths. Back then, though, the prizes weren’t typically for kids, but for mom and dad, and cigars were a very common prize given out to winners at the time.

Because of this, most etymologists think it likely that the phrase originated from when someone came close to winning one of the nearly impossible games, but ultimately lost, earning “no cigar,” with game workers belting the phrase out when people lost, trying to draw crowds and encourage the person who got close to try again.  As these fairs traveled around, the phrase spread rapidly.

As to some of the first written accounts of the phrase that have survived to today, these started popping up in the late 1920s through the 1930s. In the earliest instances, not only did they pop up randomly throughout the United States at close to the same time, but they were also being used in such a way to imply that the expression was already familiar to the masses.

The Oxford English Dictionary states that the first such instance was from March 6, 1930 from the Cleveland Ohio Plain Dealer, where a bowling match was described:

However, there is at least one earlier instance I was able to find, this one being found in the Long Island Daily Press on May 18, 1929, with the phrase appearing as the headline of the article titled “Close; But No Cigar”, about a man named Hugo Straub who finished second in two presidential races he was running that ended in the same week.

From here, there are numerous instances of the phrase popping up all over the United States, such as in the script of the 1935 film version of Annie Oakley: “Close, colonel, but no cigar!”

In September of that same year, the Reading Eagle in Pennsylvania published an article stating,

“It was a ”close, but no cigar” that deal by which Pretzels Pezzullo, Phillies’ left-hander, was to go to the Hazelton New York-Penn League Mountaineers.”

In 1934, the Chester Times, also of Pennsylvania, published,

“An unseen pedestrian loomed before their headlights, narrowly dodged the sliding wheels. ‘Close, but no cigar,’ the lieutenant shouted.”

Throughout the 1930s, the phrase started appearing in newspapers more widely and by the late 1940s was nearly ubiquitous. There was even a story in 1949 from Lima, Ohio about a cigar factory nearly burning down which used the phrase, “close, but no cigar.”

“Close, but no cigar” continues to be a phrase popularly used today, which is slightly surprising considering the stigma now associated with smoking and tobacco products, as well as the drastic reduction in popularity of cigars since the early 20th century. But, like “roll down the window”, despite the fact that the phrase is somewhat antiquated, it popularly endures. 🙂