This Day in History: December 11th 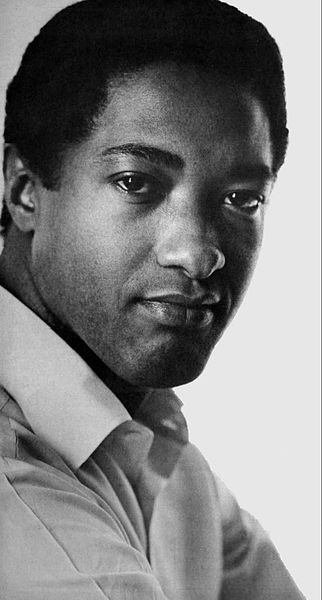 In 1964, Sam Cooke was a rising star in the music world. With hits including “You Send Me” and “Cupid,” Sam was teetering on the brink of superstardom. He had a distinctively smooth, soulful sound that appealed to a wide audience.  Then, quite suddenly, on this day in history, 1964, he was killed. So how did this handsome and talented 33-year-old end up dead from a gun-shot wound in a seedy Los Angeles hotel room?

The official story has always been that a young girl named Elisa Boyer met Cooke at a party in Hollywood. The pair hit it off, drinking and flirting, After a time they left the party and continued on to a different nightclub, until Boyer eventually asked Sam to bring her home.

According to Boyer, instead of bringing her home, Cooke kidnapped her and brought her to the Hacienda Motel. He registered under his own named with the hotel clerk, Bertha Franklin, then allegedly brought Boyer to the room and attempted to rape her. When he got up to use the bathroom, she fled with her clothes to pound on the hotel clerk’s door, who didn’t respond. Running away, she stopped for a moment to put her clothes on, and realized she’d grabbed most of Cooke’s in her haste as well. She found a phone booth and called the police.

Back at the Hacienda, Cooke, clad only in a sports jacket and one shoe, allegedly forced his way into Bertha Franklin’s office, angrily demanding to know where “the girl” was. According to Franklin, he physically attacked her and eventually fell on top of her. She managed to free herself by biting and scratching Cooke, then grabbed her pistol and shot him at close range three times, followed by beating him with a broom.

Two of the bullets did no major damage, but the third passed through his heart. According to Franklin, his last words were, “Lady, you shot me.”

This scenario may seem pretty cut and dried, but when you look a little closer, question marks start popping up all over the place.

A month later, Boyer was arrested for prostitution. The Hacienda, with its $3-dollars per-hour rate for a room, was a notorious hang-out for hookers, perhaps, or perhaps not implying a previous connection between Boyer and Franklin.

In the end, the most likely scenario for what happened the night, for those that don’t accept the official story, is that Cooke paid for Boyer’s companionship. When Sam stepped into the bathroom for a few moments, Boyer took the opportunity to run off with his cash.

Having been robbed both of his money and most of his clothes, and being drunk at the time, may have been why Cooke was so agitated when confronting Franklin.  Given that she was faced with an angry and drunk man who was wearing almost nothing, it is perhaps not surprising that she might reach for her gun, whether he actually assaulted her or not.

Fast-forward to 1979, Boyer was found guilty of second-degree murder in the death of one of her boyfriends.  The night manager Bertha Franklin was no angel either. She was an ex-madam with a lengthy criminal record.

Sam’s widow, Barbara, behaved a little strangely after her husband’s passing as well. Sam’s infidelities were no crushing blow to her. At the time of Sam’s murder, she was seeing a local bartender, who wore Sam’s watch and ring to the dead man’s funeral. Two month’s after Cooke’s death, his widow married his friend Bobby Womack.

There are a lot of unanswered questions to this day. Was Cooke somehow lured to the Hacienda that night? Were Elisa Boyer and Bertha Franklin in on it together? Was Barbara Cooke involved in any way? There was even speculation of Cooke’s death being a mafia hit or racially motivated. Or was it just a horrible accident?

With the passage of half a century and most of the people involved dead and gone, we’ll probably never know.