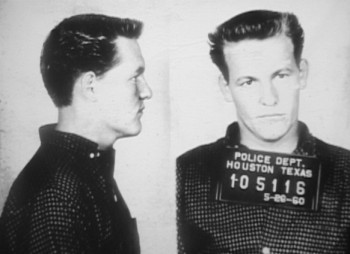 Charles Harrelson is most noted for having been convicted of assassinating U.S. District Judge John H. Wood, Jr. outside of a parking lot in San Antonio, Texas, as well as being convicted of killing a grain dealer, Sam Degalia, Jr., for money.

In the latter case, Harrelson received 15 years in prison, but was paroled and released from prison within 5 years, released in 1978.  One year later, he was arrested for allegedly killing Judge John Wood.  Charles denied having killed the Judge, claiming he was in Detroit at the time.  However, a taped conversation between Joe Chagra and Jamiel Chagra revealed that Charles Harrelson had claimed to have killed the judge.  Harrelson stated in court that he only said that to collect the very large payment for the contract out on the Judge’s life.  However, principally due to the taped conversations between the Chagra brothers implicating him, he was convicted and sentenced to two life sentences.

Interestingly, Joe Chagra, after being released from prison in 2003, stated that Charles Harrelson had not been the killer of the judge, and, in fact, he and his brother had known the feds were recording their conversations so decided to implicate Harrelson in the murder to get back at Harrelson for blackmailing Joe Chagra; Harrelson had threatened to go to the authorities with evidence he had connecting Chagra to the murder of the judge.

At the time of the judge’s death, Jamiel Chagra was schedule to appear before  Judge Wood on the very day the judge was murdered.  Judge Wood had a reputation for handing down the maximum sentence for any drug offense, earning him the nickname “Maximum John”.  This connection with the judge was the reason the feds were listening in on the Chagra brother’s conversations.

Woody Harrelson himself had almost no contact with his father between 1968 and 1981, but after his father was arrested, he frequently visited him in prison, even going so far as to try to get him a new trial, but failing.  In the end, Charles Harrelson died of natural causes in his maximum security cell on March 15, 2007.