This Day in History, December 11: Humans Land on the Moon for the Last Time to Date 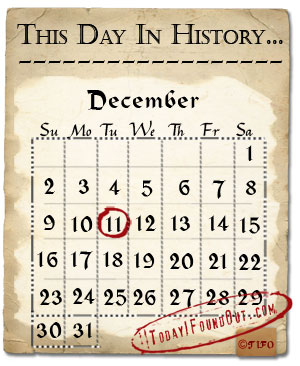 On this day in history, 1972, Apollo 17 astronauts Harrison Schmitt and Eugene Cernan landed on the moon, becoming the last human beings to walk on the moon.  Throughout the Apollo missions which spanned from 1961 to 1972, a total of 24 people journeyed to the moon with twelve of them getting to land and set foot on the surface during those missions:  Neil Armstrong; Buzz Aldrin; Pete Conrad; Alan Bean; Alan Shepard; Edgar Mitchell; David Scott; James Irwin; John W. Young; Charles Duke; Eugene Cernan; and Harrison Schmitt.

The Apollo 17 mission was not only the last time humans walked on the moon, but it was also the first ever night launch in a manned space mission.  During the mission, the astronauts were on the surface of the moon for three Earth days, which is the longest span any human being has stayed on the moon.  The final time Schmitt and Cernan walked on the moon was on December 13th-14th with the last to leave the surface of the moon (at approximately 12:41 AM EST, December 14th, after about 7 hours outside of the lunar module) being Eugene Cernan.

I’m on the surface; and, as I take man’s last step from the surface, back home for some time to come — but we believe not too long into the future — I’d like to just [say] what I believe history will record. That America’s challenge of today has forged man’s destiny of tomorrow. And, as we leave the Moon at Taurus-Littrow, we leave as we came and, God willing, as we shall return: with peace and hope for all mankind. Godspeed the crew of Apollo 17.

The plaque the two left behind on that last moonwalk stated: “Here man completed his first exploration of the Moon December 1972, A.D.  May the spirit of peace in which we came be reflected in the lives of all mankind.”

The Apollo missions were supposed to be a precursor of setting up a permanent military and scientific base on the moon, but as yet, nearly four decades later, we’re not really any closer to achieving that goal than we were then.

Interestingly, due to the enormous cost of sending a man to the moon, Kennedy originally had in mind for the U.S. and Soviet Union to team up and share their technology and the financial burden of the project.  Kennedy proposed this to Soviet Premiere Nikita S. Khrushchev several times, but was each time rejected.  Although, Khrushchev’s reservations were primarily that the Soviets early on in the United States space program were well ahead of America, particularly in rocket technology.  Indeed, the Soviets had already managed to launch something to the moon and successfully managed to put the object on the surface on September 13, 1959, during the Luna 2 mission.

However, Khrushchev’s son revealed in the late 1990s that his father in late 1963 had decided to reverse his stance and supporting the joint effort to put a man on the moon.  This wouldn’t have necessarily meant the two powers would have joined together in this effort as it would have had to clear through both governments, just that the two leaders would lobby for it.  Kennedy’s final proposal in September of 1963 stated:  “In a field where the United States and the Soviet Union have a special capacity – space – there is room for new cooperation, for further joint efforts. … I include among these possibilities a joint expedition to the Moon.”

Khrushchev supposedly reversed his stance due to the fact that, unlike when Kennedy first started proposing teaming up, he felt the Soviet Union could learn a lot from the United States’ technologies developed for the moon missions.  He also felt such a joint effort would reduce tensions between the U.S. and the Soviet Union, which would allow the Soviets to reduce their military budget significantly and devote more money to agricultural and industrial endeavors.

Unfortunately, Kennedy’s assassination in November of 1963 put an end to the planned second summit between the two leaders, where supposedly Khrushchev’s son said his father had planned to accept Kennedy’s proposal.  President Johnson, who followed Kennedy, never took up Kennedy’s efforts to significantly improve Soviet/U.S. relations and Khrushchev was removed from power in October of the following year, further dampening any chance of the two countries teaming up to put a man on the moon.