This Day in History: December 12th 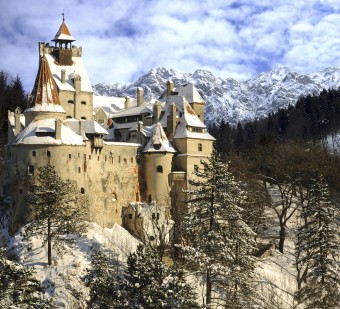 The medieval chivalric Order of the Dragon was founded on this day by Sigismund, King of Hungary (who later became Holy Roman Emperor,) and his queen Barbara of Celje. It was similar to other military orders of the time, such as the Order of St. George, that was a distinction granted to those defending Christendom against its enemies, especially the Ottoman Turks.

The Order of the Dragon was created during an era when the Ottoman Empire was widely expanding, especially south of Hungary in the Balkans. The Crusades were still a fairly recent occurrence. After Christian and Muslim armies battled fiercely for possession of Bosnia causing the death of many noble families, Sigismund decided to create the order. In 1408, 21 nobles gathered to receive initiation. The order grew in 1418, and once again in the 1430s.

One of the recipients of the order was Vlad II, who relentlessly fought off the Ottomans southeast of Hungary in Wallachia for decades. His son proved to be just as capable of a warrior as his father. Vlad and his men were nicknamed the “Draconists” after the Order they’d been honored with.

The elder Vlad took the name Vlad Dracul locally – which translates to “Vlad the Dragon,” while the resulting patronymic of his son’s name was “Dracula.” So yes, the sparkly, emo vampires we all know today really do (sort of) derive from an actual real person.

The order itself was symbolized as a coiled dragon with its tail circled around its neck. Its back bore the cross of St. George, the dragon slayer. The cross on the dragon’s back is meant to signify Christ’s triumph over the power of Hell. The dragon devouring its own tail represents the endless cycle of birth, death and resurrection, which is older symbolism that may have come to Christianity through the pagan cult of Mithras.

As the Order grew, Sigismund decided to divide the membership by two levels, or degrees. The superior class of the Order was entitled to wear both the dragon and the cross as the Order’s emblem, while the members of the second degree, which was the larger group, had to be content with sporting only the dragon as an emblem.

After Sigismund’s death in 1437, the Order lost much of its prominence and prestige, although the emblem did manage to live on in the coat of arms of numerous Hungarian noble families.