You Should Know About Jury Nullification 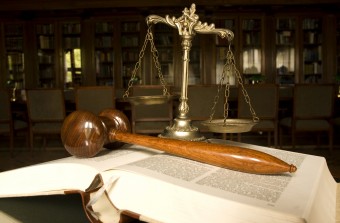 Since before the U.S. was a country, juries in the American system of justice were being impaneled to be the “triers of evidence,” or as a recent President of the United States described it, the “deciders.” In criminal cases in the U.S., the jury’s decision-making power is enormous, and includes the legal privilege to even acquit a person who has admitted his guilt or is otherwise clearly guilty. Here’s how and why this right is given:

The framers of the United States Constitution were deeply concerned with the ability of the state to oppress its people through the courts. To prevent this, they included two rights in the Constitution to protect a criminal defendant from arbitrary justice and judicial “backsies” – the right to a jury trial and the prohibition against double jeopardy.

Right to a Jury

By the time they began drafting the Constitution, the framers had a deep respect for the power of a jury of the accused’s peers to protect him from an unjust conviction. As Thomas Jefferson said, “I consider trial by jury as the only anchor yet imagined by man which a government can be held to the principles of its constitution.”

In criminal cases, the right to a jury trial is explicitly listed twice in the Constitution. In Article III Sec. 2, we are all guaranteed that “[t]he trial of all crimes, except in cases of impeachment, shall be by jury.”  This right is made even more explicit by Amendment VI which states that “[i]n all criminal prosecutions, the accused shall enjoy the right to . . . an impartial jury.” The states are equally obliged to provide a jury trial in criminal cases according to the Due Process Clause of Amendment XIV.

The Constitution (Amendment V) also prohibits Uncle Sam or any state (Amendment XIV) from trying a person twice for the same crime: “No person . . . shall . . . be subject for the same offense to be twice put in jeopardy of life or limb.”

This well-accepted practice against being put in double jeopardy kicks in as soon as a jury is sworn, so that if the prosecution subsequently dismisses the case, the defendant cannot be tried again in the same jurisdiction.

Likewise, and more pertinent to nullification, if a jury acquits a criminal defendant, she cannot be tried again in that jurisdiction for that crime.

In addition to the need for a jury to convict, and the prohibition against re-trying a person for the same crime, a third aspect of our justice system had to develop in order to invest juries with the power to nullify a crime: juries cannot be punished for “corrupt or incorrect verdicts.”

With these three in hand, American juries have always enjoyed “a well-recognized prerogative to disregard the instructions of the Court even as to matters of law.”

Interestingly, American jury nullification actually began in England when William Penn (before he came to the U.S. to found Pennsylvania) was charged, along with another Quaker, of unlawful assembly. Although they were guilty under the letter of the law, the jury refused to find so.

However, the judge punished the jury by locking them up without food, water or, presumably, toilet facilities for days. In a related action, to free a juror with a writ of habeas corpus  (Bushell’s Case), the Court of Common Pleas repudiated the punishment of jurors based on their verdicts.

In the US, jury nullification appeared well before the founding of the country. In New York in 1735, publisher John Peter Zenger was charged with committing “seditious libel” for printing true, but critical, facts about New York’s governor (at the time, this was illegal).

Despite admitting to each element of the crime, the jury acquitted Zenger in part based upon the strident defense of Zenger’s lawyer:

I know that they [the jury] have the right beyond all dispute to determine both the law and the fact; and where they do not doubt the law, they out to do so. Leaving it to judgment of the court whether the words are libelous or not in effect renders juries useless (to say no worse) in many cases. . . . It is . . . a right, which all free men claim, that they are entitled to complain when they are hurt. They have a right publicly to remonstrate against the abuses of power in the strongest terms. . . .

Jury nullification has been used in America during different periods as a means for citizens to defy unpopular laws, such as the 19th century’s Alien & Sedition Acts and the Fugitive Slave Laws. In fact, throughout the 20th century, American juries have continued to nullify what otherwise would have been criminal convictions, including when three different juries acquitted “Doctor Death” Jack Kevorkian of charges of assisted suicide in the 1990s.

Even more recently, a Minnesota farmer who violated state law by selling a truly dangerous substance, raw milk, saw the case against him nullified by his jury. However, in an interesting twist, he was convicted a year later on similar charges for selling different milk in a different county.

Nonetheless, American jury nullification remains alive and well. Last year, when Rastafarian Dough Darrel (who grew pot in his backyard) was acquitted by a jury of his peers, one of the jurors summed up their decision, “I knew that my community would be poorer rather than better off. . .  had he been convicted.”