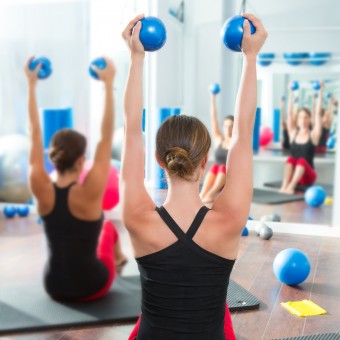 Imagine. There you are, trying to stay in shape. Going to one of your local Pilates classes, and while performing what is known as a Valsalva maneuver, your body suddenly swallows one of your breasts! As fate would have it, we don’t need to just imagine.  We can ask a 59 year old from Maryland who had that very thing happen. What strange set of circumstances led to this breast being “swallowed”?

In 2011, the 59 year old in question went to John Hopkins medical center and spoke with Dr. Tiffany Fong in the Emergency Room. Dr. Fong stated, “I remember her saying, ‘My body swallowed my boob.’” Like any good Emergency Room physician, Dr. Fong took a good look at her medical history to find out how this seemingly impossible thing could have happened.

It turns out, the woman recently had breast reconstruction surgery after having a double mastectomy as a result of breast cancer.

If that wasn’t bad enough, shortly thereafter she also needed to have one of her heart valves replaced. The doctors performing that surgery chose to use the same entry point used in her breast reconstruction. They needed to also make a small incision between her ribs (intercostal space) to allow for access to her heart.

Fast forward three months post heart valve surgery (for reference, 4-6 weeks is the standard recommended recovery time before working out) and Pilates was on the menu.

So how did the Valsalva maneuver cause her body to “eat” her boob? The maneuver is one that involves trying to forcefully exhale while you simultaneously close your mouth and pinch your nose. This creates very high intrathoracic (chest) pressure. That pressure caused the small incision between her ribs to open up. When she finished her maneuver, her synthetic bosom fell into the space between her lungs.

As if losing her breast to a hungry chest wasn’t enough, when she performed the maneuver again, part of her lung protruded out of the same small incision. Despite the lung hernia, she had no complaints of pain or troubles breathing.

The story had a happy ending in that the doctors were able to replace the “swallowed” breast and seal her troublesome incision with wire mesh.

(For those who would like to see the proof or are just curious, you can click here for the X-rays and pictures posted in the New England Journal Of Medicine. But be warned, a couple of the images may or may not be slightly NSFW, depending on where you work. ;-))