How to Tell if You are a Supertaster 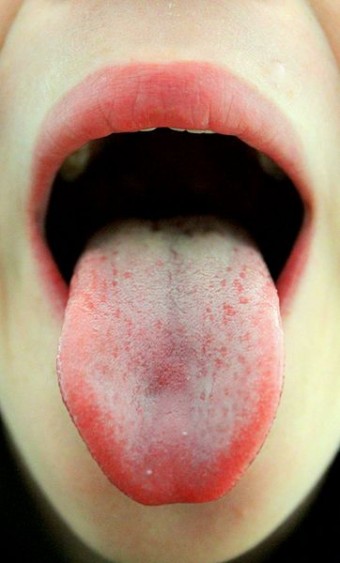 Today I found out how to tell if you are a supertaster.  What’s a supertaster you ask?  More or less, it’s just someone with a heck of a lot more taste-buds than the average person.  Specifically, someone with more than about 35 papillae per 7mm diameter circle on their tongue.  Papillae are tiny structures on your tongue that contain your taste-buds.  It turns out, about 25% of people are supertasters; 25% are non-tasters; and the other 50% are somewhere in the middle.

All these extra taste-buds tend to make supertasters hyper sensitive to tastes, due to the increased intensity of any given taste they are detecting.  Researchers estimate the supertasters experience flavors about three times stronger than the average taster.

Because of this, supertasters tend to hate green vegetables, grapefruit juice, certain alcoholic beverages, coffee, green tea, soy based products, overly sweet things, and generally are just considered “picky eaters”.  It turns out though, that it has nothing to do with personality with supertasters, as is often implied, and more to do with the fact that they can taste things that the people labeling them “picky eaters” and ridiculing them for it, can’t.  So don’t get bitter at them, they can’t help it.

There are two primary ways to detect if you are a supertaster or not.  The first and less “do at home” friendly, is to get some propylthiouracil (PROP), a prescription only thyroid medication drug.  In this test, people are made to taste PROP and if they report a bitter taste they are either a medium or a supertaster (non-taster’s can’t taste PROP; supertasters find it repulsively bitter).  They then are given a reference stimulus to determine how an individual scales their description of what they are sensing.  With this, they are trying to determine if someone says something is “extremely bitter”, do they mean the same level as someone else that just says “bitter”, but has a different notion of how strongly to describe some sensation.  From this reference stimulant, usually auditory, they are able to determine if someone who tastes the bitterness is a supertaster or just a medium taster.

Now for the more “do at home” friendly version.