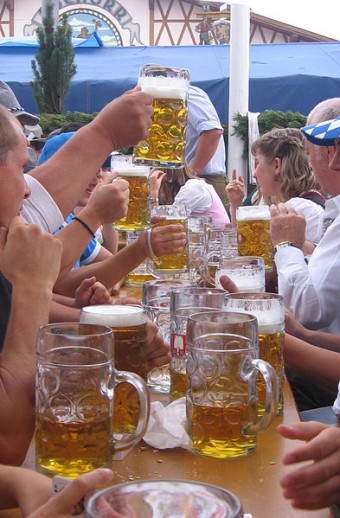 Myth: drinking alcohol warms your body and can be used to prevent hypothermia.

In fact, drinking alcohol helps lower the core temperature of your body.  This myth likely got its start thanks to the fact that drinking alcoholic beverages will make you feel warmer as your blood/alcohol level rises.

As the Director of Clinical Pharmacology at the University of Iowa, Dr. William Haynes, states, “Consumption of alcohol undoes many of the human body’s healthy reflexes, one of which is keeping the core body temperature warm in cold weather.”  It doesn’t even take that much for this effect to kick in. Even just one alcoholic drink will start the process that results in a lowered core body temperature.

So how does it do this and why does drinking alcohol make you feel warmer, even though you actually are getting colder?  Alcohol is a vasodilator, meaning that it causes your blood vessels to dilate, particularly the capillaries under the surface of your skin.  Thus, the volume of blood brought to the skin’s surface increases, making you feel warm.  As Dr. Haynes mentioned, this overrides one of your body’s defenses against cold temperatures, constricting your blood vessels, thereby minimizing blood flow to your skin in order to keep your core body temperature up.

While you may feel warmer from the extra blood warming your skin (where most of your “heat sensors” are located), this blood being brought close to the surface of your skin will be rapidly cool if you are in a cold environment (sometimes exacerbated by sweating as a result of this heat flush).  The net effect being a rapid drop in core body temperature, often without you even realizing it as your skin will feel fairly warm, which makes it doubly dangerous to drink alcohol in extremely cold weather.

You can observe this dilation effect when you see people who are slightly or fully intoxicated looking flushed.  This effect is more extreme in some people than others.  So if you’re one of those people who gets flushed quickly when drinking even small amounts of alcohol, you’ll likely see your core temperature drop even faster than most when drinking in frigid environments.

This isn’t the only bad thing about drinking alcohol when cold.  According to a study done by the Army Research Institute of Environmental Medicine, drinking alcohol in cold weather also reduces the body’s ability and tendency to shiver, taking away yet another method your body uses to help keep warm when it is cold.

So, bottom line, the age old practice of drinking alcoholic beverages to keep the body warm in cold weather is the exact opposite of what you should do.