Origin of the Phrase “Run Amok” 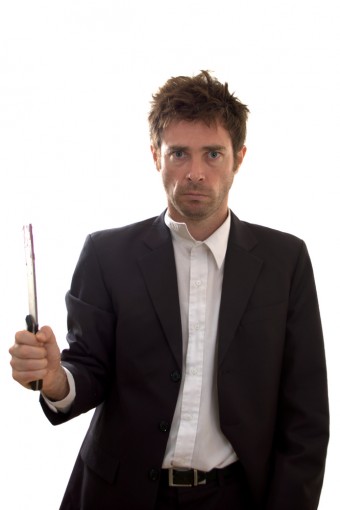 If like me, you ever found yourself using the phrase “run amok” and began wondering, “What’s an ‘amok’?” look no further, because here’s your answer.

For those not familiar, today the phrase “run amok” (also spelled “amuck”) is often used to describe such things as children making a mess while they run around and play or the like. Classically, though, it more resembled the modern phrase “going postal” or someone who just snaps for various reasons and goes on a murderous rampage, very similar to what is depicted in the Michael Douglas’ film, Falling Down.

One false etymology of “run amok” derives from sailors running a ship aground, literally running the ship into “muck”. This isn’t where the word came from. The English word most directly comes from the Malay “amuck” (also spelled amuk, and amuco) more or less meaning “attacking furiously” or “attacking with uncontrollable rage” or more aptly “homicidal mania”.

Some theorize this Malay word may have Indian origins or be from the name of a group of professional assassins in Malabar, the “Amuco”.  Others theorize that it came from the Malay word “amar”, meaning “fight”, specifically via “Amar-khan”, which was a certain type of warrior.   Yet another theory is that the Malay “amuck” ultimately comes from the Sanskrit “amokshya”, meaning “that cannot be loosed”.

Whatever the case, “amok” first popped up in English around the 16th century, associated with the people of Malaysia and Java, first described in the 1516 text The Book of Duarte Barbosa: An Account of the Countries Bordering on the Indian Ocean and Their Inhabitants]:

There are some of them [the Javanese] who go out into the streets, and kill as many persons as they meet. These are called Amuco.

The phrase “run amok” was partially popularized by Captain James Cook in 1772.  From Cook’s book:

To run amock is to get drunk with opium… to sally forth from the house, kill the person or persons supposed to have injured the Amock, and any other person that attempts to impede his passage…  indiscriminately killing and maiming villagers and animals in a frenzied attack.

In the Malay culture at the time, some believed the state of amok was caused by an evil spirit, “hantu belia”, entering the body of a person, who would then run amok, attacking and attempting to kill anyone they came across, only to recover later and return to normal, if they weren’t killed first.  Because it was thought an evil spirit caused this, rather than the person doing it of their own free will, punishments for someone who ran amok and survived were typically light or even non-existent, with the person sometimes getting off scot-free.

However, usually the person would be killed while running amok and some speculate this was generally the point of doing this as people who ran amok were and are often those who suddenly experience great trauma in their life, like the death of several loved ones or the loss of the ability to provide for themselves or their family.  So basically, the person wants to die, but doesn’t want to commit suicide directly, so goes on a murderous rampage until someone kills them.  Even today, this sort of thing can be seen in the news practically every day where someone is really just attempting “death by cop”, going on a rampage until the police manage to kill them.