The Rosewood Massacre of 1923 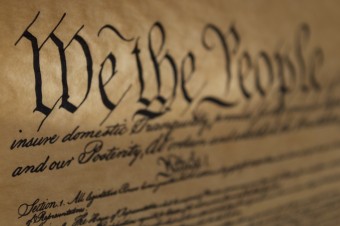 Today I found out about the Rosewood Massacre of 1923.

Rosewood, Florida was established around 1845. It was a quiet place that prospered in 1870 when a railway depot was set up to transport the abundant red cedar, from which the town got its name, from Rosewood to a pencil factory in cedar key. Unfortunately, within thirty years the population of cedar trees had been drastically depleted and the families were forced to move elsewhere to find work. Many of the white families who used to live in Rosewood moved just three miles west to a town called Sumner, leaving Rosewood with a population that had a black majority.

The trouble started on January 1, 1923 when a white woman named Fannie Coleman Taylor from Sumner claimed that a black man had assaulted her. Given the prominent racist mindset of the time, no one asked any questions and almost everyone believed that Fannie was reporting her ordeal truthfully. The entire white community got riled up over the alleged attack, and Fannie’s husband rallied tracking dogs to join the search for the perpetrator.

There was one lone voice claiming that the attacker hadn’t been a black man at all. Fannie’s maid, a black woman named Sarah Carrier who lived in Rosewood, claimed that the only man to have been at the house that day was John Bradley, who she assumed was Fannie’s white lover. None of the white folk asked for Sarah’s opinion on the matter, though, and no one believed the black community when they claimed that Fannie was only trying to protect herself from scandal and her husband’s anger.

Despite the tension, the situation might have simmered down had it not been for the unfortunate timing of a Ku Klux Klan rally in nearby Gainesville. When Fannie’s husband, James Taylor, sent for help to find the guilty man, upwards of four hundred Ku Klux Klan members showed up at the Taylors’ door and began combing the woods for a suspect, eager to deliver their idea of “justice.”

The finger was soon pointed at one Jesse Hunter, for no real reason except he had supposedly escaped from a convict road gang recently. The KKK enlisted the help of a black man named Sam Carter, who allegedly admitted to helping Hunter escape. Carter was convinced to lead the KKK to the spot where he had last seen Hunter. When the accused couldn’t be located, they tortured Carter before filling him with bullets and hanging him from a tree.

It’s thought that the search dogs then picked up the scent of John Bradley, who likely fled to Rosewood and might have sought help from Aaron Carrier, who was a fellow veteran and mason. According to some reports, Aaron and Carter helped Bradley by hiding him in a wagon which they then took to a river before allowing Bradley to get out, in hopes of confusing the dogs’ trail. Unfortunately for him, the dogs led the mob straight to his house.

Aaron, the nephew of the Taylors’ maid Sarah, was beaten and tortured for information. His life was saved by the County Sherriff Bob Walker, who claimed he’d “finish him off.” Instead, he loaded the injured man into his truck and drove him to the jail in Gainesville for his own protection. The Sherriff also brought in two doctors to help Aaron recover.

That didn’t save the rest of Aaron’s family, however. Sylvester Carrier, Sarah’s son, suggested they group together for protection. Between 15 and 25 individuals—many of them children—were in the Carrier house when the mob approached on January 4 and two men in the mob kicked down the door. Sylvester was hidden in the firewood closet with nine-year-old Minnie Lee Langley, who reported that “he put his gun on my shoulder…when [Poly Wilkerson] kicked the door down, Cuz’ Syl let him have it.”

The stand-off lasted for hours, and when it was over, two white men—Poly Wilkerson and Henry Anderson—were among the dead. Sarah Carrier and Sylvester Carrier were also killed, and one child had been shot in the eye. Several other people had been wounded on both sides, but many of the black children had been able to escape out the back door and hid in the brush until they were able to make it out of Rosewood.

Rather than declare the issue over, the mob was simply angered by the deaths of the white men and proceeded to raze the town of Rosewood. Black families were forced to flee, many of them hiding in the swamps for days to escape the mobs. The town was set alight—both the black and white churches were burned, and many houses were surrounded and doused in kerosene before being set on fire. If anyone ran out of the houses, they were promptly shot by the waiting mob.

Sherriff Walker pleaded with nearby counties to send extra men to help him quell the catastrophe. While additional enforcements were sent, many of the men had likely been involved in the KKK rally earlier in the week and were of little help.

By January 7, only about a dozen buildings remained in Rosewood. A mob of over 100 white men returned to the town to burn those structures down, and with no buildings or people left in the vicinity, the mobs gradually dispersed.

It’s unknown exactly how many people died in the massacre. Officially, only 8 people perished—six blacks and two whites. However, given the scale of the destruction and reports from witnesses, it’s more likely that close to thirty black people died. While the reports on the number of white deaths are only estimates, Minnie Lee Langley recalled stepping over many white bodies on her way out of the Carrier house as well.

In February, an investigation into the massacre was launched over fears that the violence might negatively affect tourism. A special grand jury was set up—all white, of course—and over the next few days they heard over twenty-five witnesses give their accounts. Only eight of the witnesses were black. The jury ended up finding there was insufficient evidence to charge anyone, and so the mob that had caused so many deaths and destruction went unpunished.

As for the residents of Rosewood, everyone moved away from the place that held so many traumatic memories. Some of them even changed their names to escape the painful past. Haywood Carrier, Sarah’s husband, had been away from Rosewood at the time of events and returned to find his wife, son, and brother dead; the grief compromised his sanity. Jesse Hunter, the man the mob was looking for, was never found. There was no record of John Bradley ever showing up again, either. As for the instigator of the whole business, Fannie Taylor and her husband moved to a different town and Fannie later died of cancer.

In 2004, Florida put up a heritage landmark describing the Rosewood Massacre and naming the victims. The last survivor of the massacre, Robie Martin, died in 2010 at the age of 94.