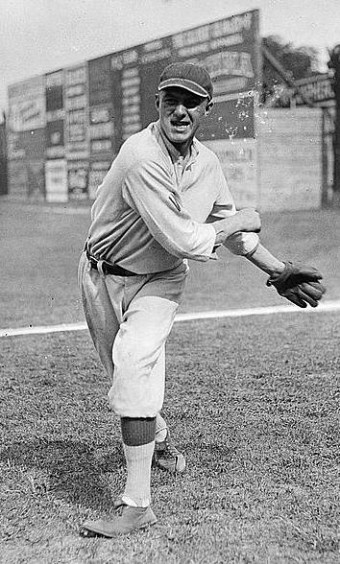 Professional sports teams have always tried to find unique ways to get fans into the seats. Whether it was the legendary Bill Veeck batting the shortest player in baseball history (Eddie Gaedel at 3 foot 7 inches) or Disco Demolition Night at Comiskey Park in Chicago, sometimes the game plays second fiddle to the crazy promotions. Hardly anyone was better at this than Joe Engel, known as the “Barnum of Baseball”.

Engel began his career in baseball as a mediocre pitcher for the Washington Senators, but his skills as a scout began his ascent into upper management. Engel is credited for discovering such Hall of Fame talent as Joe Cronin, Goose Goslin, and Bucky Harris.  His scouting expertise caught the eye of Washington Senators owner Clark Griffith, who had recently acquired the Chattanooga Lookouts as a farm team for the Senators. In 1929, Griffith decided to promote Engel to director of baseball operations for his new minor league team. Engel, delighted, immediately seized the opportunity.

Joe Engel would be in charge of the Chattanooga Lookouts for 34 years, bringing not just baseball to the citizens of Chattanooga, but wackiness as well. He would do just about anything to get people into the ballpark. He built a state-of-the-art stadium (for the time) with his own money (at the cost of $150,000, about $2 million today) and named it Engel Stadium, after himself. He had all his players ride to the game on elephants; he had a duck lay an egg on second base; and he even wept in a “crying cage” after his team lost out on a bid to host the All-Star game. In 1931,  he signed a female pitcher named Virne “Jackie” Mitchell and had her pitch against the New York Yankees in a exhibition game. She promptly struck out Babe Ruth and Lou Gehrig back to back, two of the greatest hitters ever.

In 1937, Engel’s boss, Clark Griffith, wanted to sell the team. Engel, seeing this as an opportunity, persuaded 1,700 Lookout fans to buy shares of the club at five bucks a pop. Engel wanted to make the Lookouts a team with “local ownership” (otherwise known as a publicly-owned team, something the NFL’s Green Bay Packers currently have). Unfortunately, within a year, there still wasn’t enough cash, and Griffith bought back the team.

One of the most well-known Joe Engel stories, though, was the day in 1931 he decided to trade his shortstop for a turkey. Johnny Jones was a Chattanooga Lookouts player that, frankly, wasn’t any good. He was such a weak-hitting shortstop that even the press complained about him. So, in January 1931, Engel decided to trade him to the Charlotte Hornets of the Piedmont League (they were not affiliated with any major league team at the time, but in 1937, the Hornets would be bought by the Washington Senators). In return, Engel and the Lookouts received a 25 pound turkey. Said Engel, “The turkey was having a better year.” In addition, he wanted the turkey to arrive at team headquarters by February 22nd, in time for the Southern Writers’ Association Dinner.

At the dinner, Engel served the turkey to the writers, reportedly declaring “You’ve been giving me the bird, so now have one on me.” Everyone enjoyed the meal, though Engel commented that he thought Charlotte won the trade because the turkey was a little tough. As for Johnny Jones, no one is quite sure what happened to him. Since records are spotty for minor league teams in the early 20th century, it’s hard to know for sure, but most think he retired without ever playing for the Charlotte Hornets. I guess when you get traded for a turkey, your pride gets a little bit hurt.

Joe Engel remained in charge of the Lookouts, always trying to entice fans to come to the games. Several baseball greats found their baseball careers weave through Joe Engel and Chattanooga, including Harmon Killebrew and Jim Kaat. In 1960, Major League Baseball awarded Engel the crown as “The King of Baseball”, an award given each year in honor of a person’s dedication and service to the sport of baseball. Joe Engel passed away in his adopted hometown of Chattanooga, Tennessee in 1969 at the age of 76.