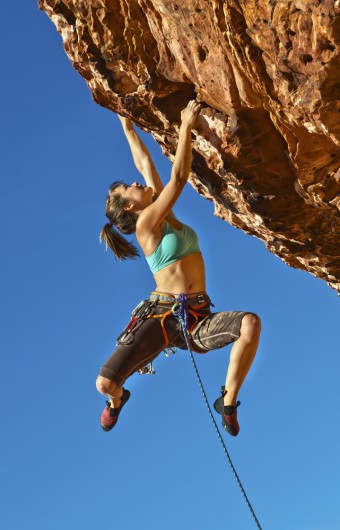 We all have pet-peeves that occasionally happen around us- windshield wipers on when there isn’t enough rain to support lubrication, your husband leaving his dirty laundry on the floor, etc. One of mine is supposed experts in their field saying things about their field that just aren’t true, like a doctor claiming you only use 10% of your brain. In fact, you use all of your brain unless you have brain damage.  (This “brain” myth, incidentally, made it on the list of “Top 7 Medical Myths Even Doctors Believe”- a list compiled by the British Medical Journal after surveying over 1000 doctors.  For the other 6 items, see the Bonus Facts below.)

More to the point of this article, I recently had a rock climbing instructor who told me and two other students, “You need to strengthen the muscles in your fingers.” Being someone who knows a little something about anatomy, I wanted to tell him that would technically be impossible, though not wanting to be a Melvin, I chose to remain silent… at the time. Of course, after the class, I dropped some finger knowledge on my instructor- namely, that fingers don’t contain muscles, at least not ones used to move fingers as he was talking about. (Technically fingers contain many tiny arrector pili muscles, but these have nothing to do with movement of fingers, but rather are attached to hair follicles and can make the hairs on your fingers stand out straight.)

So if there are no muscles in our fingers to move them, what gives all those action movie stars the ability to one-hand a dangling bad guy off a roof? Short answer: magic… err, tendons and ligaments.

In our bodies, tendons generally connect muscle to bone, and ligaments generally connect bone to bone. The tendons that control the bones in our helpful little protrusions are attached to 17 muscles in the palm of your hand and 18 in your forearm- none of which are in your fingers. The muscles that close your hand are known as flexors, and the ones that open your hand are known as extensors. Some are small and help control each individual finger.

While you probably won’t remember the names of the muscles that control your fingers, you can at least feed your inner-Melvin knowing none of them actually reside there.  This is probably for the best considering the sheer size of the muscles, if they did reside in your fingers, would probably make range of motion almost nothing unless someone had exceptionally weak fingers.