It is Not Possible to Swallow Your Tongue 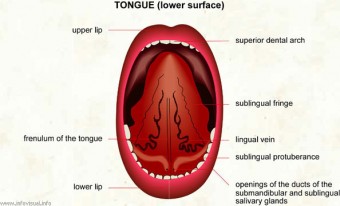 Myth: It is possible to swallow your tongue.

Contrary to popular belief, it is not possible to swallow your tongue. Well, unless of course if you cut it off and then swallowed it… In any event, the tongue is rooted to the floor of the mouth by the lingual frenulum. This makes getting the tongue far enough back in the throat to actually swallow it and get it stuck impossible.

Depending on the size of someone’s tongue and where the lingual frenulum is attached, it is possible for a person having a seizure to have temporary blocking of the airway from the tongue; when they are having a seizure, the tongue can fully relax and fall back. However, this isn’t particularly a problem while they are having a seizure as breathing is usually suppressed anyways. It can be a little bit of a problem when the seizure is over and their breathing resumes. However, a more likely choking hazard for someone having a seizure or unconscious is the person’s own bodily fluids, including saliva and vomit, which they may breathe in once their breathing resumes; this can cause them to choke on these fluids, due to a suppressed coughing reflex while they are unconscious.

In these cases though, all you have to do is turn them on their side. The tongue will then naturally fall to the side of their mouth (gravity works!) and their bodily fluids won’t run back down their throat, in both cases, freeing up the airway.