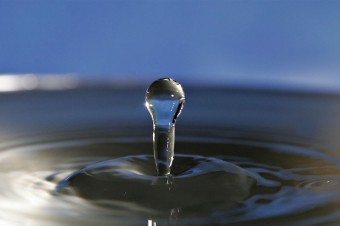 Myth: You should drink at least eight glasses of water per day to stay properly hydrated.

Probably one of the most widely spread urban health myths of all time is that the average person needs to drink at least eight 8oz glasses (approx. 2 liters) of water per day to remain properly hydrated. Popularly known as the ‘8×8’ (for eight, eight-ounce glasses), this H2O guzzling advice has been publicized by health writers, physicians and nutritionists alike, and often stated as the ‘first commandment of good health’. However, this widely acknowledged recommendation has been proven to lack any scientific basis.

The origins of this so called rule of health are as fuzzy as the medical benefits it’s meant to provide. Some say the notion may have started in 1945 when the Food and Nutrition Board of the National Research Council recommended approximately “1 milliliter of water for each calorie of food,” which would amount to roughly 2 to 2.5 quarts per day (64 to 80 ounces) for a typical 2,000-calorie diet.

Some trace it back even further to as early as the 1700’s with German physician, Christoph Wilhelm Hufeland (1764-1836), who practiced natural medicine and vitalism, and wrote a few books on macrobiotics. In his book titled Makrobiotik oder Die Kunst, he propagated the importance of drinking water that was alive like fresh spring or mineral water. He went on to emphasize the many special curative properties attributed to fresh, cold water, which he said was a “fortifier and vivifier of the stomach and nerves, and an excellent antibilious and antiputrid remedy.” Dr. Hufeland even described his water prescription to drink at least 8 glasses of water a day.

While his book was written in 1796, Dr. Hufeland described a Surgeon General to the King of Prussia, who, from the age of 30, had suffered from “hypochondria, melancholy, heart palpitations, and indigestion.” By following a water diet, “all his complaints disappeared” and he was said to have enjoyed better health the last half of his life than he had during his youth. Throughout the 18th and 20th centuries, the hydropathy water cure was popular in Europe and America, as practitioners encouraged their followers to drink lots of water for healthful and curative properties and to flush out toxins and impurities, showing that the popularly known 8×8 health recommendation has been believed for at least several centuries.

Regardless of its origins though, the 8-glasses-a-day dictum caught on and now up to three out of four adults can recite this bit of health wisdom, with very little clinical evidence to support it. In one such study on this myth, done in 2002, Heinz Valtin, a Dartmouth Medical School physician and kidney specialist, who researched the subject thoroughly, released his findings. He believed that the statement supporting the notion, taken from the Food and Nutrition Board of the National Research Council was grossly misrepresented by removing it from the original context. The sentence that followed the one popularized by the Council stated, “most of this quantity is contained in prepared foods,” which was left out either consciously or erroneously, and led to the false interpretation that the requirement needed to be fulfilled by drinking plain water alone. After 45 years of studying the biological system that keeps the water in our bodies in balance, Valtin concluded that drinking such large amounts of water is not needed at all. He points out a number of published experiments that attest to the capability of the human body for maintaining proper water balance from sources other than directly drinking water which may include drinks such as tea, coffee, soft drinks, as well as other prepared foods. The truth of the matter is that most foods have some water content. For example, here’s a look at the percentage of water content in certain foods- Apples: 85%, Bean sprouts: 92%, Chicken, boiled: 71%, Cucumbers, raw: 96%, Lettuce, head: 96%, Potatoes, raw: 85%, Turkey, roasted: 62% and so on. These and other food sources account for some of the fluid intake needed by our bodies.

The bottom line is that the body does a pretty good job of letting us know when we need more water by making us feel thirsty. The only thing chugging down glass after glass of water is going to do is make you pee more frequently as your body needs to expel the excess liquid. Except in the case of people who have specific health concerns, such as kidney stones or a tendency to develop urinary tract infections, where drinking lots of water can be beneficial, the average person will remain properly hydrated if they simply drink when they’re thirsty.

tagged with eight glasses of water myth, how much water to drink, water facts, water myths