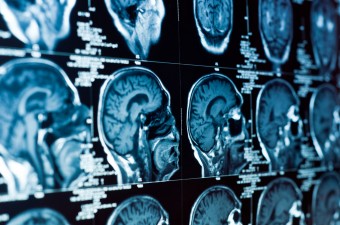 Over the years, the myth that you only use about 10% of your brain has been widely spread with the source of this myth often falsely attributed to Albert Einstein. It turns out though, that every part of the brain gets used, despite what Hollywood; snake-oil type self help peddlers; and many others would have you believe.

All other evidence aside, intuitively, if 90% of the brain wasn’t used for anything, then damage to those parts of the brain that comprise that 90% wouldn’t affect a person at all. In reality though, damage to just about any part of the brain, even tiny amounts, tends to have profound effects on the person who suffers that damage, at least in the short term. Further, given the amount of your body’s resources your brain uses, if 90% of it were worthless, it would be an incredible waste.

For more concrete evidence, brain scans, courtesy of Positron Emission Tomography (PET) and Functional Magnetic Resonance Imaging (fMRI) technologies, show us that even while we are sleeping every part of the brain shows at least a small amount of activity and most areas of the brain are active at any given moment, assuming the person being scanned hasn’t ever suffered some form of brain damage. Amazing amounts of research have gone into mapping the brain, in terms of figuring out the function of various parts of the brain, and, to date, no area has been found that doesn’t have some function, even though that function may not be yet wholly understood.

So where did this myth really come from? There are a few potential sources, though no one knows for sure. Probably the most popularly cited source is Harvard psychologists William James and Boris Sidis with their “reserve energy” theories in the late 19th/early 20th century.

“We are making use of only a small part of our possible mental and physical resources.” Sidis even put the theories to practice raising his son, William Sidis, who was a child prodigy and for a time considered the smartest human alive, by IQ anyways. However, Boris Sidis himself dismissed tests trying to measure intelligence as “silly, pedantic, absurd, and grossly misleading.” (For more on Sidis and his son, see: A Genius Among Us: The Sad Story of William J. Sidis)

The “reserve energy” theory was later summarized by Lowell Thomas down to, “The average person develops only 10% of their latent mental ability,” which of course at some point could well have evolved in popular culture into, “You only use 10% of your brain.”

Another theory is that it lies in misinterpretation of neurological research. For instance, research in the early 20th century indicated that only 10% of the neurons in the brain are firing at any given instant. Alternatively, research indicating only about 10% of the brain is composed of neurons, with the rest being glial cells, which support and regulate neurons in various ways.

As to why the myth became popular, it’s easy to see why people would be drawn to such a notion. Everybody would love to have it be the case that they naturally only use 10% of their potential brain power. Thus, if they could just magically unlock even a little of the other 90%, they could be the next Albert Einstein or perhaps even develop telekinetic or psychic powers, as is often pushed by Hollywood and others when this myth is mentioned. Even today, numerous self help books and seminars are devoted to trying to help you unlock that mythical other 90%. In the end, we’re better off using that time and money to try to further develop the supposed “10%” we already use.