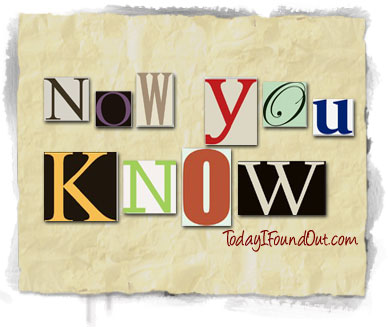 Today I found out why Dick is short for Richard.

The name Richard is thought by most etymologists to derive from the Proto-Germanic ‘Rikharthu’, meaning more or less “hard ruler” (‘Rik-‘ meaning ‘ruler’ and ‘-harthu’ meaning ‘hard’).  This was adopted into Old High German as ‘Ricohard’, and from there to Old French, then Old English as ‘Richeard’, and today as ‘Richard’.

You might think from Richard meaning “hard ruler” and being a man’s name that Dick being a nickname for Richard probably came about for pejorative reasons, borrowing from one of the other meanings of “dick”, such as ‘dick’ as in ‘jerk’ or ‘dick as in ‘penis’.  However, the first record of ‘dick’ meaning ‘jerk’ didn’t come about until a few hundred years after its association with Richard and the first record of it referring to a penis wasn’t until the 1890s, as a British army slang term.  Exactly how that latter meaning came about isn’t known, being a slang term that was considered somewhat uncouth to put on paper.  Because of that, ‘dick’ meaning ‘penis’ probably had been around a while before the 1890s, but not nearly long enough before to have contributed to the Richard/Dick connection.

How Dick became a nickname for Richard is known and is one of those “knee bone connected to the thigh bone” type progressions, somewhat similar to how the word ‘soccer’ came about.  Due to people having to write everything by hand, shortened versions of Richard were common, such as ‘Ric’ or ‘Rich’.  This in turn gave rise to nicknames like ‘Richie’, ‘Rick’, and ‘Ricket’, among others.  People also used to like to use rhyming names; thus, someone who was nicknamed Rich might further be nicknamed Hitch.  Thus, Richard -> Ric -> Rick gave rise to nicknames like Dick and Hick around the early 13th century.

While few today call Richards ‘Hick’, the nickname ‘Dick’ has stuck around, and of course has come to mean many other things as well.  Its persistence as associated with Richard is probably in part because around the 16th century Dick started to be synonymous with ‘man’, ‘lad’, or ‘fellow’, sort of a general name for any ‘Tom, Dick, or Francis” (which by the way appears in Shakespeare’s Henry IV, written in the late 16th century, with Dick at this point firmly established as an “every man” name).  It may well be that this association with ‘man’ is in turn how ‘dick’ eventually came to mean ‘penis’.