What’s a MacGuffin in Films and Why is It Called That?

April 1, 2017 Matt Blitz Leave a comment
Shih C. asks: Why are McGuffin’s in films called that? 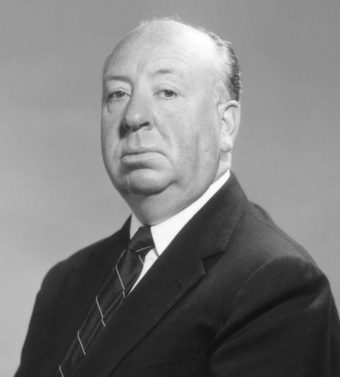 In the last scene of the 1941 film classic, The Maltese Falcon, Sam Spade (played by Humphrey Bogart) hands over a murderer (played by Mary Astor) and a black falcon statuette to authorities. When asked what the statuette was exactly, Spade looks off in the distance and rather unsatisfactorily explains, “It’s stuff that dreams are made of.”

This black falcon statuette – the so-called “Maltese Falcon” – is a perfect example of what film connoisseurs call the “MacGuffin” (or “McGuffin”), an important and oddly-named plot device that appears in many movies. For the uninitiated, in a nutshell a “MacGuffin” is an object, event, or person that the characters in a story value greatly- so much so that nearly the whole plot revolves around it, despite that the thing itself isn’t actually terribly important to the actual unfolding story.

In the end, it really doesn’t matter what the “thing” – or “MacGuffin” –  is, only that it provides motivation for the characters to push the actual story forward.  As famed filmmaker Alfred Hitchcock explained in an interview for the 1967 book Hitchcock

The main thing I’ve learned over the years is that the MacGuffin is nothing. I’m convinced of this, but I find it very difficult to prove it to others. My best MacGuffin, and by that I mean emptiest, the most nonexistent, and the most absurd, is the one we used in North by Northwest. The picture is about espionage, and the only question that’s raised in the story is to find out what the spies are after. Well, during the scene at the Chicago airport, the Central Intelligence man explains the whole situation to Cary Grant, and Grant, referring to the James Mason character, asks, ‘What does he do?’ The counterintelligence man replies, “Let’s just say that he’s an importer and exporter.” “But what does he sell” “Oh, just government secrets!” is the answer. Here you see the MacGuffin has been boiled down to its purest expression: nothing at all!

(It should be noted here that while Hitchcock and in more modern times the likes of J.J. Abrams who frequently uses this “it doesn’t matter what it is or what it does / nothing at all” approach to MacGuffins in most of his works- e.g. Rambaldi and his artifacts in Alias or the Rabbit’s foot in Mission Impossible III- other directors, such as George Lucas, go the other way and feel that the MacGuffin should be more defined and something “the audience should care about… almost as much as the dueling heroes and villains on screen.”)

While the word “MacGuffin” comes from relatively modern times (which we will get into in a moment), the concept of it dates back to some of the earliest masterpieces of the written word. In Homer’s Iliad, which was first composed almost 3,000 years ago, the MacGuffin was Helen of Troy and her great beauty. Again, it could have been Helen of Troy’s great sweet potato pie that led to the launching of a thousand ships, as long as the story made it clear why the characters were so intent on having that pie. (Perhaps with the characters intrigued over what exactly this then unknown food item of “potato” was, or maybe if the composer wanted to be more explicit about its importance, stating it was made from a recipe given to her by the gods, with those eating it said to become immortal.)

This all brings us around to why the MacGuffin is called that. Hitchcock, who is often credited as coining the term though never claimed such himself, once explained he thought it may have come from a common humorous story, with this particular instance of his telling the story appearing in the February 22, 1950 edition of the El Paso Herald-Post:

This is a variant of similar stories with a common message, such as this one published in 1884 in Henry Irving’s Impressions of America by Joseph Hatton (with the moral of the story being the age old quip, “Ask me no questions, and I’ll tell you no lies!”):

“Excuse me, sir; but would you mind telling me what is in that extraordinary bundle?”
“Certainly, a mongoose,” replied the man.
“Ah, indeed!” ejaculated the broker, with unslacked curiosity. “But what is a mongoose, pray?”
“Something to kill snakes with.”
“But why do you wish to kill snakes with a mongoose?” asked the broker.
“My brother has the delirum tremens and sees snakes all the time. I am going to fix ’em.”
“But, my dear sir, the snakes which your brother sees in his delirium are not real snakes, but the figments of his diseased imagination, — not real snakes sir!”
“Well! this is not a real mongoose.”

As for who actually coined the term “MacGuffin,” writer Angus MacPhail is often given credit here. For instance, filmmaker Ivor Montagu worked with Hitchock and MacPhail around the time the term first started popping up; he claimed in an article he wrote in 1980 on what it was like to work with Hitchcock:

…sometimes the scenario editor Angus MacPhail, my old schoolmate [would be there]. It was Angus who established the term ‘MacGuffin’ for the unknown plot objective which you did not need to choose until the story planning was complete. (This convenient word Hitch gleefully adopted and used to the end of his career.)

MacPhail was a studio writer, meaning he was hired to “fix” scripts and most of the time did not get the credit he deserved for the task. However, he became widely trusted by Hitchcock (because he specialized in “scenario editing”) and was often hired to help on the director’s films, such as one of Hitchcock’s early greats, The Thirty-Nine Steps, where it is generally claimed MacPhail first came up with the term.

In the 1967 book Hitchcock, by Francois Truffaut, Hitchcock explained the interesting evolution of that particular MacGuffin and particularly how it inspired them to go from something important to “nothing at all,” which became a hallmark of his MacGuffins:

in The Thirty-nine Steps, what are the spies after? The man with the missing finger? And that woman at the beginning, was she on to some big secret? Is it because she was getting close to the truth that it became necessary to stab her in the back? In the early stages of the construction, we felt, and we were all wrong, that since life and death were involved, the pretext had to be a very important one. In our first draft, when Robert Donat arrives in Scotland, he picks up some additional information on his way to the spy’s house, possibly by following the spy. He rides to the top of the hill, and looking down, he sees underground plane hangars carved into the side of the mountain, secret hangars, which made the planes safe from bombings. Our original idea was that this MacGuffin should be something big and pictorially striking. Then we went on to work it out in our minds: What does Donat do upon discovering these secret hangars? Will he send off a message to report their locations? And in that case, what counter steps would the spies take? [One option was to blow it up]. But how were we going to have them blow up a whole mountain? Anyway, whenever we found ourselves getting terribly involved in this way, we would drop the idea for something very simple…

If MacPhail did indeed coin the term, it’s unclear today how he came up with it.  According to some sources, MacPhail himself used to say he borrowed it from the aforementioned story of the two men on the train, but I could not track down any such instance of MacPhail ever stating anything of the sort, and none of the sources who claim this back up the claim with any primary text.

Some have alternatively speculated it alludes to that the word “guff,” which is defined as meaning “nonsense.”  It also once meant “stupid” or “clumsy” person.  So, perhaps MacPhail took the first part of his last name and put the word “guff” behind it, creating a whole new term (that was named loosely after him) for story telling nonsense or a “stupid” element of the story.

(It should also be noted that in 1926, almost a decade before The Thirty-Nine Steps, one Robert Haven Schauffler states in the journal, The Writer, that “McGuffin” is a word for a gift that is not opened until Christmas. However, this is the only known time this word/name was applied to such and it’s unclear whether there is any connection here or not.)

Whatever the case, it was Hitchcock who ultimately popularized the term “MacGuffin,” thanks to his frequent use of both the word and the plot device it described.