March 29, 2016 Melissa
Carla T. asks: When someone has an alternate name than their legal one that they go by, why is it called a “nick”name? 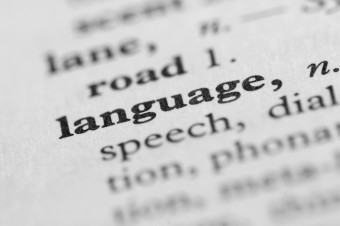 A form of nickname has been around since the early 14th century- eke name, literally meaning “an additional name.”

Eke is an even older word, dating back to about 1200 meaning “to increase.” (Eke also meant “to lengthen,” and it was this meaning that eventually became the meaning of to eke out or make just enough.)

The first documented instance of “eke name” comes from the 1303 Middle English devotional Handlyng Synne, by Robert Manning of Brunne.  In it, he states on line 1531 to 1534, “As moche þan he ys to blame Þat ȝeueþ a man a vyle ekename Ȝyf hys ryȝt name be withdrawe Gostlychë…”

So how did we get “nickname” from “ekename”?  This is one of the numerous examples of metanalysis or rebracketing. In this case, “an ekename” became “a nekename” and ultimately, today, “a nickname.”

We see another incarnation of this in Sir Thomas More’s Confutation of Tyndale’s Answer published in 1532:

I shoulde here call Tindall by another name:‥it were no nyck name at all and yet would there some then say that it were not honest so to do; and this will some such folk say as in the villainous words of his spoken by this blessed sacrament will find no fault at all.  But meseemeth surely that at the first hearing of such a shameful word spoken by the mouth of such a shameless heretic by this holy sacrament of Christ, the whole Christian company present should not be able to contain themselves from calling him “knave” all with one voice at once.

Fast-forwarding a bit to the 17th century, we find several instances of the more modern “nick-” spelling, such as in the 1617 Itinerary by Fynes Moryson, where it states, “James Fitz-thomas‥was by a nicke-name called the Suggon Earle…”

Within a century of this, “nick-name,” “nick name,” and “nickname” became relatively commonly used in place of older variants and the original “eke name,” with the latter being phased out completely.