November 12, 2017 Dusti Leave a comment
This is a weekly wrap of our popular Daily Knowledge Newsletter. You can get that newsletter for free here. 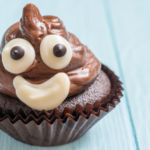 Did People in the Middle Ages Really Throw Fecal Matter Out of their Windows?

Although Medieval Britons weren’t exactly the cleanest lot by modern standards (though contrary to popular belief, despite some well-known exceptions, they did, in general, bathe in some form or another relatively regularly), the idea of them just dropping trou and dumping half a pound of fecal matter into the street below isn’t exactly a fair or representative image. In fact, while Medieval Britons weren’t yet aware of how festering feces contributed to disease epidemics, they did know that it smelled really, really bad and, eventually, there was even some thought that said stinky fumes caused the spread of disease; thus, they made efforts to ensure the offending…(more) 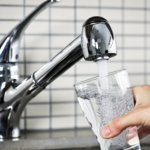 Is Water Fluoridation Bad for You?

Fluoridation is the act of adjusting fluoride levels in water, with the goal of reducing tooth decay. In 1945, Grand Rapids, Michigan was the first city in the world to do it. In 1999, the CDC declared that water fluoridation was one of the ten great public health achievements of the 20th century. However, a quick online search will yield countless articles discounting these claims, with the general consensus of the dissenters being that fluoride is actually harmful to one’s health. So which is it? Is fluoride good or bad for you? To answer that, let’s take a closer look at…(more) 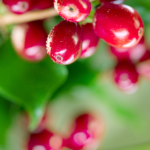 Given the dark undercurrent of Roald Dahl’s works, perhaps it wouldn’t be surprising if his famous snozzberries mentioned in the book, Charlie and the Chocolate Factory (1964) made into the film Willy Wonka & the Chocolate Factory (1971), were, in fact, penises. (Although having such on a wallpaper intended for kids to lick would have safely moved the character of Wonka from “a little weird” to “ultra creepy.”) Thankfully, contrary to what you’ll read, well, most everywhere on the internet since 2012 when comedian Anthony Scibelli wrote a facetious piece for the popular humor site…(more)

The Man Who Was Nominated for the Nobel Prize 84 Times, But Never Won

Personally nominated for the Nobel Prize a record 84 times, Arnold Johannes Wilhelm Sommerfeld was one of the most influential physicists of all time, both because of his own accomplishments in the field and the many dozens of his students who turned into superstars in the world of science (including having four doctoral students go on to win the Nobel Prize, along with three of his other postgraduate students also taking home the award- the most eventual Nobel laureates all taught by one person). Born on December 5, 1868 in Königsberg, East Prussia, Sommerfeld began his career as a student of mathematics and the physical…(more) 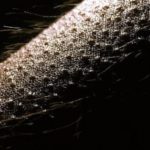 Why People Get Goosebumps

It turns out, goose bumps are an involuntary reflex of mammals called piloerection, usually triggered by a hormone released on certain situations that causes their body hair to stand. With time, humans have evolved to have less body hair, so what we see during certain situations such as a temperature drop or strong emotions are goose bumps on the skin rather than standing hair. So how are goose bumps formed? The reflex brought on by stimulus such as cold, fright or strong emotions – fear, admiration, sexual arousal, awe, etc. causes an involuntary discharge from the sympathetic nervous system which…(more) 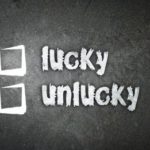 Depending on how you look at it, Frane Selak, a now 85 year old retired music teacher from Croatia, is either the luckiest, or unluckiest man in the world, having lived a life that resembles the plot to Final Destination; except after cheating death seven times, rather than be killed by a falling sign, he won £600,000 in the lotto in 2005. His first brush with death was while traveling from Sarajevo to Dubrovnik in 1962 on a train. During the trip, the train jumped the tracks and ended up in the river, which at the time was icy cold. Despite the situation, Selak suffered only a broken arm, and managed to swim to shore, though thanks to the cold, he also had…(more) 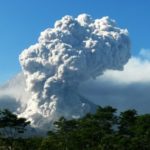 For those who are used to a year with four seasons, imagine how hard it is to believe there could ever be a year where summer never came. In 1816, people living in the Northern Hemisphere did not have to imagine it – they lived it! “The Year Without a Summer” was primarily the result of the April 10, 1815 eruption of Mount Tambora, which is located on the island of Sumbawa in Indonesia. (Some also attribute some of the environmental effects to extremely low solar activity at that time- the Dalton Minimum. This was also around the end of the “Little Ice Age”). This was the largest eruption in 1,630 years at that…(more)