Are the “Snozzberries” in Charlie and the Chocolate Factory Referring to Male Genitalia?

October 16, 2017 Melissa
Domenic V. asks: Is it true that the snozzberries in Willy Wonka and the Chocolate Factory were dicks? 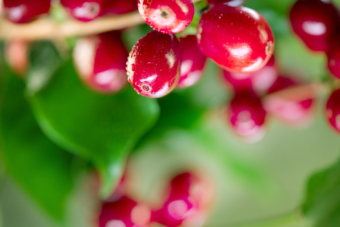 Given the dark undercurrent of Roald Dahl’s works, perhaps it wouldn’t be surprising if his famous snozzberries mentioned in the book, Charlie and the Chocolate Factory (1964) made into the film Willy Wonka & the Chocolate Factory (1971), were, in fact, penises. (Although having such on a wallpaper intended for kids to lick would have safely moved the character of Wonka from “a little weird” to “ultra creepy.”) Thankfully, contrary to what you’ll read, well, most everywhere on the internet since 2012 when comedian Anthony Scibelli wrote a facetious piece for the popular humor site Cracked, The Filthiest Joke Ever Hidden in a Children’s Movie, it is quite clear that Dahl did not intend a snozzberry to refer to a penis in Charlie and the Chocolate Factory.

In the Cracked article, Scibelli backs up his claim that Dahl did intend the snozzberries to be penises by referencing Dahl’s book, My Uncle Oswald. In a nutshell, the book is about a man named Oswald and a seductress named Yasmin who pair up to attempt to acquire the sperm of rich and powerful men throughout Europe with the goal of selling it to women wanting their future children to have the genes of these successful men.

Pertinent to the topic at hand is the following text in the book discussing Yasmin putting a condom on one of the men in order to clandestinely collect the sperm:

“How did you manage to roll the old rubbery thing on him?”

“There’s only one way when they get violent,” Yasmin said. “I grabbed hold of his snozzberry and hung onto it like grim death and gave it a twist or two to make him hold still.”

“You can lead them around anywhere you want like that.”

So there you have it. Dahl himself is using the term to mean penis and/or testicles. So Scibelli is correct, right?

To begin with, Dahl wrote My Uncle Oswald about a decade and a half after Charlie and the Chocolate Factory, meaning we can’t really know just from this whether he really was thinking a snozzberry was a penis in the former work.

Much more importantly, 31 years before My Uncle Oswald and 16 years before Charlie and the Chocolate Factory, Dahl published Some Time Never: A Fable for Supermen. In the story, creatures known as gremlins are described as having been displaced by humans and forced to live in hiding under ground.  While they briefly emerge to wreak havoc on mankind via sabotage during WWII, the leader of the gremlins decides that mankind will destroy themselves without the gremlins doing anything, allowing the creatures to once again re-take the world.

The book from publication to this day is largely considered amazingly bad (and it really is), but it does, at least, shed some light on the question, “What’s a snozzberry?”

In it, Dahl very clearly writes that snozzberries are the gremlins’ main source of food, describing a snozzberry as a sweet, juicy, red fruit that grows in orchards.

As for the book, Charlie and the Chocolate Factory, Wonka states the lickable wallpaper “has pictures of fruits on it – bananas, apples, oranges, grapes, pineapples, strawberries, and snozzberries…”

Beyond explicitly calling it a fruit here, we’re guessing if the lickable wallpaper included pictures of penises, the adults present probably would have said something… Very clearly, in the context of the story, a fruit of some sort was shown.

Thus, from the evidence at hand, it would appear Dahl’s mention of it in Charlie and the Chocolate Factory is probably just an inside allusion to his made up main food source of mythical gremlins.

Supporting this notion, in Some Time Never (spoilers ahead), when humanity destroys itself and the gremlins finally get to re-take the world, they end up ceasing to exist as they were simply the product of man’s imagination or dreams. Why is this important to the snozzberry connection? Consider the following lines from the Wonka film, the script of which was largely written by Dahl:

Whether this was really supposed to be Wonka referencing the fruit eaten by dreamed up gremlins or just Dahl re-using a silly word he coined for a made up fruit or not, his later use of the term to refer to male genitalia wouldn’t negate it being meant to be a fruit in the previous works- calling certain human bits by the names of food items is nothing new.

With regards to testicles, for instance, we have food related euphemisms like plums, nuts, and berries, among others. With regards to the penis, common slang terms include dingleberry, plum-tree, pudding-stick, hotdog, salami, sausage, etc.

In the end, just because an author might refer to a woman’s breasts as “melons” does not necessarily mean every time said author used the word “melons” in previous works they were also referring to “breasts,” particularly not when in the context of the previous works it is quite clear the author was referencing a fruit. (We realize this is amazingly obvious, but we felt it necessary to be excruciatingly explicit on this one, given this myth abounds on the web with nobody seeming to bother to question the dubious reasoning used in the Cracked article. Which, to be fair, contrary to what happened, we’re reasonably confident Scibelli was just trying to be funny and didn’t think his humorous hypothesis of Dahl intending snozzberries to be penises in Charlie and the Chocolate Factory would be widely accepted as fact. But these things can happen after such a sensationalized piece receives nearly five million views, with its one sentence version getting tens of millions more views as it’s spread across social media without anybody fact checking.)

So to sum up, given Dahl explicitly describes the snozzberry as a fruit in Some Time Never and later in Charlie and the Chocolate Factory calls it a fruit, as well as says that the fruits mentioned in the Wallpaper Room are shown in picture form to the characters in said story, it seems very clear he meant the snozzberry to be a literal fruit in these two stories, and wasn’t trying to make some twisted joke. And as for Dahl’s use of “snozzberry” in My Uncle Oswald, it is just as clear this is a metaphor for male genitalia, not unlike many other food names used to describe said nether region. In this case, Dahl simply chose to use his own made up fruit for the euphemism.