How Do We Actually Know We Landed on the Moon?

On July 20, 1969, the world looked on in awe as 39-year-old astronaut Neil Armstrong stepped off a ladder of the Lunar Module Eagle and onto the surface of the moon, becoming the first human to set foot on a natural celestial object. This moment, watched on television by over 650 million people worldwide, has gone down in history as […]

END_OF_DOCUMENT_TOKEN_TO_BE_REPLACED

How Do Spy Agencies Actually Recruit Spies in Real Life?

Agencies like the CIA and MI6 are tasked with collecting and processing data deemed potentially vital to their respective counties’ national interests, and then, in an ideal world, making sure those who need to know this information to inform their decisions and plans know it. In order to do this, they need people on the ground, so to speak. So […]

END_OF_DOCUMENT_TOKEN_TO_BE_REPLACED

When Boris Yeltsin resigned as president of the Russian Federation, it was expected, but sudden. He resigned so his Prime Minister, Vladimir Putin could become president on January 1, 2000 – the start of the new millennium. Since then, Putin has been the most powerful man in Russia and one of the most powerful men in the world. Today that […]

END_OF_DOCUMENT_TOKEN_TO_BE_REPLACED

Falling From the Edge of Space: Chuck Yeager’s Wild Ride

First introduced in 1954, the Lockheed F-104 Starfighter looked like something out of science fiction. Designed by legendary aircraft designer Clarence “Kelly” Johnson, mastermind behind the U-2, A-12, and SR-71 spy planes, the F-104 was built around the powerful General Electric J79 jet engine and featured an unusually slender, needle-shaped fuselage and short, stubby wings, earning it the nickname “the […]

END_OF_DOCUMENT_TOKEN_TO_BE_REPLACED

What Did People First Think When They Found Dinosaur Bones?

Karuika asks: Who was the first person to figure out what dinosaur bones were? From around 250 to 66 million years ago various dinosaurs roamed the Earth. Today the only dinosaurs left are birds, which are coelurosauria theropods- funny enough the same sub-group Tyrannosauruses belong to. (Think about that the next time you’re enjoying a McDinosaur sandwich or scrambling up […]

END_OF_DOCUMENT_TOKEN_TO_BE_REPLACED

In this episode of The BrainFood Show, we look at the fascinating and sometimes hilarious origins of four of the biggest companies in the world. We also discuss our new podcast format and wrap up the show discussing the Curse of the Colonel and other related bonus facts. If you could do us a huge favor and rate and review […]

END_OF_DOCUMENT_TOKEN_TO_BE_REPLACED

This is a weekly wrap of our popular Daily Knowledge Newsletter. You can get that newsletter for free here. Did People in the Middle Ages Really Throw Fecal Matter Out of their Windows? Although Medieval Britons weren’t exactly the cleanest lot by modern standards (though contrary to popular belief, despite some well-known exceptions, they did, in general, bathe in some form […]

END_OF_DOCUMENT_TOKEN_TO_BE_REPLACED

The following is an article from Uncle John’s Bathroom Reader How real are the TV shows that focus on police and lawyers? A few go all out for accuracy, while others get laughed at by the professions they portray. But they’ve all had an impact on society…both positive and negative. FAMILIAR FORMULA If there were no cops, prosecutors, or defense […]

END_OF_DOCUMENT_TOKEN_TO_BE_REPLACED

The following is an article from Uncle John’s Bathroom Reader One amazing woman in Poland—and four teens in Kansas who tracked her down and told her story. SENDLER’S LIST In 1999 a teacher at Uniontown High School in Kansas encouraged four students to do a project for a national History Day contest. Norm Conard told his 9th-grade students—Elizabeth Cambers, Megan […]

END_OF_DOCUMENT_TOKEN_TO_BE_REPLACED

Why Zombies Eat Brains, Why Lead Used to Be Added to Paint, Why People Look More Attractive When You’re Drinking, and More

In this week’s “best of” our YouTube channel, we discuss why people look more attractive when you’re drinking, why lead used to be added to paint, why zombies eat brains, why some Asian countries use chopsticks instead of more common eating utensils, and how much caffeine it would take to kill you. Click here to subscribe to our YouTube Channel […]

END_OF_DOCUMENT_TOKEN_TO_BE_REPLACED

Becky R. asks: Why do they use 21 guns in the 21 gun salute? The 21-gun salute that we know today has its roots in the ancient tradition of warriors demonstrating their peaceful intentions by resting the point of their weapons on the ground. The notion of making a soldier’s weapons useless to show that he came in peace continued […]

END_OF_DOCUMENT_TOKEN_TO_BE_REPLACED 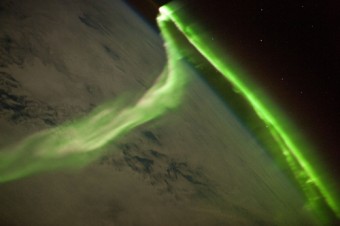 This is a weekly wrap of our Daily Knowledge Newsletter. You can get that newsletter for free here. The “Witch of Wall Street” Long before the likes of Warren Buffet, Hetty Green dominated Wall Street through extremely shrewd investing, frugality, and exploiting the lax investment rules of her age, managing to amass one of the greatest fortunes in history. Hetty, […]

END_OF_DOCUMENT_TOKEN_TO_BE_REPLACED 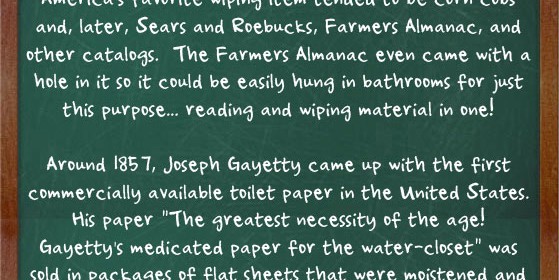 It wouldn’t be until the late 1800s when toilet paper would be first introduced in America and England and it wasn’t until the 1900s, around the same time the indoor toilet became common, that toilet paper would catch on with the masses. So what did people use before toilet paper?  This depended greatly on region, personal preference, and wealth.  Rich […]