What Caused the Red Rain of Kerala? 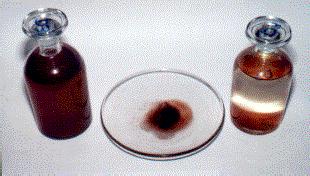 Between July 25 and September 23, 2001, the people of the southern India state of Kerala witnessed, on numerous occasions an extraordinary sight: blood colored rain.

Although most reports limited the color of the rain to that striking red that resembled blood, some people also reported seeing green, black and even yellow rain as well.

Eye-witnesses also reported that accompanying the early instances of colored rain were loud thunderclaps and flashes of lighting. And following the weird rain’s first appearance, many trees shed their leaves, with the leaves turning grey and appearing to be burned.

Whether any of these reports were exaggerated or not, the colored rain was a scientific curiosity and, as scientists are wont to do, they got to studying the phenomenon.

Early on it was determined that in each milliliter of rain, about 9 million red particles could be found. However, perhaps corroborating the stories of those who reported other colored rain, it was found that while most particles were red, there were some that were tinted green, bluish grey and yellow.

The Centre for Earth Science Studies in Kerala, which learned that the pH of the rain was neutral, also found it had large amounts of nickel, manganese, titanium, chromium and copper. The red particles, themselves, were determined to be mostly carbon and oxygen with small amounts of iron and silicon.

This led the Centre to at first attribute the likely cause of the colored rain to an exploding meteor; however, further research showed the particles contained spores. While there was quite a bit of hoopla over some researchers speculating the spores may have had extraterrestrial origin, given initial reports of lack of any DNA found and some still going with the “exploding meteor” idea, in fact, the Tropical Botanical Garden and Research Institute eventually found that the particles were spores of “a lichen-forming alga belonging to the genus Trentepohlia” that they believed came from local sources.

They opined that heavy rains preceding the events triggered widespread growth of the lichens, which in theory would have increased the number of spores in the air. However, while that was their best guess, they noted they thought it unlikely that the lichens would simultaneously release enough spores to account for the colored rain. They further were baffled at how the spores would have risen so high in the atmosphere as no nearby, recent weather phenomenon seemed a likely culprit to have caused such an upswell.

Approximately a decade and a half after the event, some of the mystery may have been solved.  In 2013, scientists continuing to study the event, not only found the missing DNA, but not long after researchers revealed that the precise species of the algae was Trentepohlia annulata, which was not native to India, hence explaining why no local weather phenomenon around that time explained how the spores got so high in the atmosphere. The researchers ultimately speculated that the spores were introduced through the clouds from Austria.

Of course, weird rains are nothing knew to history.  As we’ve covered before, Kentucky even had a Cloudy with the Chance of Meatballs-like rain in 1876 when chunks of meat literally rained from the sky.

Moving more recently in history, in early 2015, a strange, milky rain fell on parts of Idaho, Oregon and Washington. Scientists eventually learned it was caused by a dust storm from southern Oregon, where the dust had a “high amount of saline, similar to the composition of milk.”

Going back to relatively ancient times, Greek philosopher Heraclides Lembus (2nd century BCE) recorded a rain that included so many frogs falling from the sky, “the houses and the roads have been full of them.”

While you might think this couldn’t have actually happened, in better documented times (2005), a small town in Serbia had a rain of non-native frogs, some of which survived.

The primary hypothesis for why frogs (or fish, snakes, stones, meat or maggots) occasionally fall from the sky is that waterspouts or tornadoes suck them up and then drop them somewhere else. While the hypothesis hasn’t been definitively proven for small animal rain, it’s not unheard of for small-animal sized objects to be picked up by tornadoes and then travel even as far as 50-200 miles before being deposited back on solid ground.

Note, too, when talking extremely light objects, like large dust particles, these have been documented travelling thousands of miles and falling in rain, including yellow dust from the Gobi Desert falling on Washington state in 1998 (~5600 miles or 9000 km), and Saharan dust travelling across the Atlantic Ocean.