The Curious Case of Gregory Packer- The Everyman 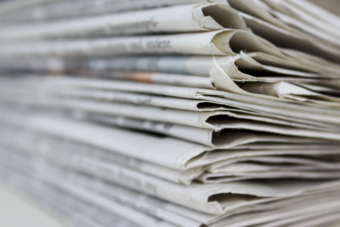 For over two decades now, if the New York news (or any other present) needs a soundbite or quote from an “everyman” or “man on the street” to round off a story, there has been one man they’ve been able to rely on with an almost staggering level of consistency- Gregory Packer. Since the mid-1990s, Packer has been quoted hundreds of times by newspapers across America and has aired his opinions on everything from the Iraq War to the Star Wars movies. A divisive figure among media members, Packer has been both praised and mocked for his stalwart dedication to being the first to show up to newsworthy events, whether the media likes it or not.

Born in 1963 in Huntington, New York, profiles of Packer in the very newspapers he’s been so frequently quoted note that he harbored a fascination with celebrity from a very young age, starting at age 8 when Packer’s mother gave him a signed photo of Natalie Wood, reportedly after she met the actress by chance on a plane. Four years later, Packer’s father stoked the fires of his son’s obsession by gifting him an autograph from boxing legend Joe Louis. As he entered his formative years, Packer took to seeking out celebrities on his own, tracking down his favourite hockey players for autographs after games or public appearances.

Little is known about Packer’s life directly after he graduated high school in 1983, save for the fact that he got a job working as a highway maintenance worker sometime in the late 1980s- a job that he somehow retired from in the early 2000s while only in his late 30s. Since then, Packer has stepped up his life’s mission to be quoted by as many news sources as possible by making it a full-time gig… Why?

It all started in 1995, when he was quoted by the Tampa Tribune as saying: “The Jewish people are fans of Pope John Paul II.” Packer notes that seeing his name in print made him feel like he’d “accomplished something”. He further states, “Sometimes I need to stick my face in a camera. I just need to show people I’m alive…. I really am totally obsessed with having my name out there, but it’s a healthy obsession. It’s not like I’m hurting anyone.”

In an attempt to recapture that high he found when his words appeared in the Tampa Tribune, he states he began attending roughly two major events every week, using his weekends, vacation, and personal days to accomplish this. When the latter ran out, Packer would sometimes just call in sick, missing pay for that day, but at least potentially getting his name in the news. When asked in 2002 if he was worried that calling in sick to wait in line to buy tickets to a Britney Spears concert might get him fired, Packer responded frankly: “Even if when I went back to work I got fired, I know I would have the full support of the public.”

Since his early retirement, he has, however, not had any such work issue and has been able to be the first in line for almost every major event in New York State, and occasionally branching out to places across the country when possible, attending book signings, political rallies, concerts, parades, sporting events, mall openings, product releases, and even funerals, such as attempting to go to Whitney Houston’s funeral. (Only those invited actually got to see the funeral, but the fact that he essentially camped out as close to the action as was allowed, he still got his quote in the news, stating “It’s important to be out here with the fans… They should have allowed everyone to see it.”)

The result of all of this is that Packer has been quoted by nearly every major newspaper and news organisation in the United States. He’s also briefly met at least three different U.S. presidents (Bill Clinton, Jimmy Carter, George W. Bush- who he had a nice conversation about baseball with; he claims he’s actually met four presidents, but doesn’t appear to mention anywhere who the fourth one was). On top of that, he’s watched Michael Jackson do the moonwalk up close and personal, met Dennis Rodman, Britney Spears, Courtney Love, Mariah Carey, Garth Brooks, Ringo Starr, sat in the front row at the Super Bowl twice, was one of the first people in America to buy an iPhone (waiting in line 110 straight hours to do it), and had none other than Hillary Clinton seemingly recognize him on-sight, surprising Packer at a book signing by saying, “Hello, Mr. Packer”. He accomplished all of this thanks, in part, to his apparent superpower- the ability to ignore fatigue and boredom for countless hours on end while appearing extremely jovial the entire time.

You see, as you might have guessed based on what you’ve read so far, Packer quickly discovered that the best way to be quoted by the press, meet some celebrity, or appear on TV was simply to be the first person in line for a major event; once that’s accomplished, to increase odds even further, he states you must be continually boisterously happy and friendly while sitting there and waiting- sometimes for days.

In all cases, Packer waits with the simple hope that he’ll be approached by a reporter or otherwise just appear on TV in some way, with the latter often happening in wide pan shots of the line and event, or sometimes with Packer appearing in the background, such as times when a famous person is addressing the media or giving a speech where a crowd is allowed around.

As such, it should come as no surprise that Packer has been described by some as a “professional line sitter”, impressively usually seen pictured waiting in line with little more than a newspaper and wearing simple, everyman outfits that fit the event, including things like Yankees shirts or NYPD hoodies. Packer rarely brings either food or water to events unless absolutely necessary, such as when camping out for days, once being quoted as saying, “I don’t bring extra supplies because you’ve got to worry about supplies being left behind.”

Naturally, his frequency of being at all these events and so often getting quoted was bound to eventually become noticed within the world of journalism, and there has been some backlash to his striving to achieve his simple dream.

On that note, Packer has had an uneasy relationship with the public at large, with some applauding his commitment and tenacity, while others openly deride his apparent obsession with his own notoriety. In regards to the latter, a writer for Business Insider covering the story of Packer being the first in line to buy an iPad even went so far as calling him:

The same stupid guy who’s first in line for everything.

A sentiment echoed by many in the media, in particular the Associated Press, who, in 2003, strongly discouraged reporters from speaking to him after higher ups noticed he’d been quoted in at least 100 publications up to that point. As such, they issued a memo stating,

The world is full of all kinds of interesting people. One of them is Greg Packer of Huntington, NY, who apparently lives to get his name on the AP wire and in other media…. Mr Packer is clearly eager to be quoted. Let’s be eager, too- to find other people to quote.

As to this, Packer stated he thinks this memo just might end up being the biggest highlight of his career.

That said, in a mini-documentary about his life as a “man on the street”, Packer expressed that he feels bad knowing reporters can get in trouble for quoting him, but argues that there’s nothing inherently wrong with him simply being in the “right place at the right time” to offer a timely, often innocuous quote or soundbite.

The fact that he goes out of his way to ensure that this is the case and has admitted to “making stuff up to get in the paper” in the past doesn’t appear to bother Packer all that much; he feels that he is doing reporters a favor by helping them get their job done quicker, and tailoring his quotes in such a way to make their life easier.

In fact, to our knowledge, the only time Packer has refused to give a quote was during an interview with the New York Times in 2003. When asked by reporter Alan Feuer for his opinion on recent scandals in the world of journalism, Packer, who has a deep respect for journalists, simply responded “I have no comment”.

In the end, while some have taken a somewhat negative attitude when it comes to Packer’s obsession with appearing in the media, there is something to be admired in a person who derives such pleasure from something so simple. While most dream pie in the sky things- becoming a famous and wildly successful actor, musician, artist, businessman, etc., Packer has chosen another path, having only a small dream, which he pursues with vigor, unlike most who dream bigger but do nothing about it. He just wants to get his name in print or face on TV, and admirably pursues this in completely benign ways, hurting no one in the process, nor instigating any negative drama.

As a professor of pop culture at Syracuse University, Robert Thompson, stated,

Or to quote the man himself in an interview from 2002: “This is what I like doing. You only live once, you might as well make the most of it.”