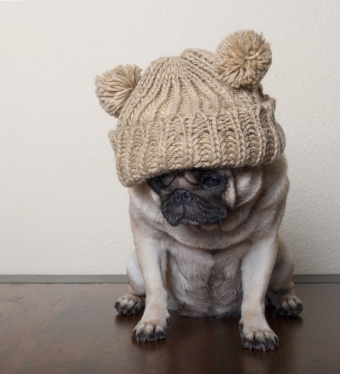 If, like me, you’ve been subjected to watching The Notebook with your spouse, you might have experienced an uncomfortable lump in your throat. As you attempt to breath heavy and avoid crying like a little kid who has just skinned her knee, you might wonder, what causes the feeling of a lump in your throat? For that matter, why do we cry when we’re sad?

The lump in your throat has a rather easy explanation compared to crying when emotionally upset. Known as the globus sensation, the feeling is the result of a battle between the opposing forces of muscles attached to your glottis (the opening between your vocal cords). It tends to present itself when sad, or when you swallow or hold your breath to avoid crying.

Your body responds to this sympathetic drive by opening your glottis via the posterior crioaryteniod and thyroarytenoid muscles. The result gives a larger opening for oxygen to enter your lungs. When you attempt to swallow, or hold your breath to avoid sobbing, your lateral cricoarytenoid, aryepiglottic, and thyroepiglottic muscles constrict, struggling to close off your glottis. These opposing forces cause the sensation of a giant lump in your throat. 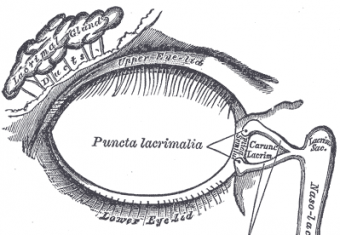 Crying, or more specifically shedding tears, in response to an emotional stimulus is a much more complex issue.

To begin with, tears are produced by the almond shaped lacrimal glands situated on the outside portion of your orbit. Depending on the type of stimulus, the glands will produce three different tears. The first kind are basal tears. They get released every time you blink, serving to lubricate the eye and keep it free from dust or drying out.

The second type are reflex tears. They get released in response to an irritant, such as can be introduced when cutting onions. (see:Why Does Cutting Onions Make Your Eyes Water?) These two types of tears are composed of pretty much the same stuff- things like water, salt, potassium, lipids, and the antibacterial lysozyme.

Emotional tears are another thing altogether. There doesn’t seem to be a consensus among researchers as to exactly why they spring up. Their make-up does, however, provide some clues to their origin. For instance, they contain hormones like ACTH (adrenocorticotropin hormone) and prolactin, 20-25% more protein groups, and 30 times more manganese than normal tears.

ACTH is the hormone released by your HPA axis when your sympathetic nervous system is in charge. Prolactin is also elevated in response to stress. Manganese has long been known to help regulate your mood, and those who are constantly depressed will usually have higher levels in their blood stream. Emotional tears also contain leucine enkephalin. This is an opioid peptide giving you the same pain-killing effects morphine does.

On that note, some posit that crying in response to having your sympathetic nervous system stimulated by an emotional event has evolutionary benefits in that it’s a way humans can signal the need for help during those trying times. (Or signal empathy for someone like in the case of sympathizing with James Garners’ character, Noah, when his children ask him to come home as his wife, and their mother, doesn’t recognize him or know he’s there anyway. In response, he says, “Look, guys, that’s my sweetheart in there. I’m not leaving her. This is my home now. Your mother is my home…” *sniffle*)

If this is true, then the presence of ACTH and prolactin could account for that. Women generally have higher levels of prolactin in their bodies, so this could also be the reason why women cry on average five times more than men. Chronically depressed people seem to cry more often, and they also tend to have higher levels of manganese in their system.

Others point out the healing benefits of the act as the main reason why we cry. First off, there is the aforementioned presence of leucine enkephalin, giving you the mood-lifting feelings any opiate would. Secondly, there are plenty of studies showing the calming effects of crying, leading many to argue it’s an involuntary way our bodies can calm down from a stressful event.

This theory is furthered by other studies showing that if you disable nerves that stimulate the sympathetic nervous system, you will cry more. Should you damage the important nerves involved with the parasympathetic nervous system, you will cry less. This would lead one to conclude that it’s not the stressful event that triggers the crying, but the need for our ancestors to calm down after a stressful event,  helping to make sure they don’t die of a heart attack from the continual fight or flight response.