How Long Would It Take to Count to a Billion and What’s the Highest Anyone Has Counted?

May 11, 2017 Karl Smallwood
Joseph B. asks: How long would it take to count to a million?  What about a billion? What’s the highest anyone has ever counted? 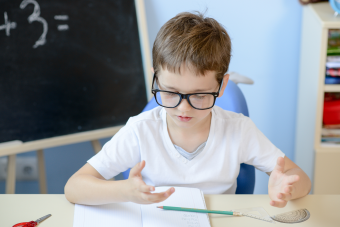 Counting is one of life’s most basic skills and something most humans are quite adept at. Despite most of us being experts on the subject, theoretically capable of counting infinitely high with the ceiling bounded only by available time and how good we are at staving off psychosis, few can accurately guess how long it would take to count to a million, let alone a billion. This is largely owing to the fact that our brains have an amazing amount of difficulty conceptualizing such large numbers. This all brings us to the question of the hour- just how long would it take to count to a million or a billion?

Let’s start with a million. The most commonly put forward time it would take to count from one to a million out loud is about 23 days. This time frame is cited in a number of textbooks we consulted and seems to have originated, as far as we can tell, in a children’s book suitably called, How Much is a Million by David Schwartz, which uses various examples to put into perspective how amazingly big numbers like a million really are.

Given the figure being cited in many a textbook and first appearing in a book literally titled How Much is a Million, you might assume it’s reasonably close to correct. This is not the case, however; this number significantly underestimates the actual time needed.

You see, Mr. Schwartz wasn’t trying to come up with a real world figure here, just a simple exercise to blow kid’s minds without bogging them down in the details.  As such, there are a couple assumptions being made in the “23 days” figure that turn out to make it completely useless as a real world estimate of how long it would take to count to a million. The first assumption is that the person counting would be able to do so 24 hours a day non-stop.

The second assumption is not quite so absurd on the surface: assuming that it would take only about 2 seconds on average to say each number.  However, while certainly some of the lowest numbers can easily be said much faster than that and with little time needed for thinking, the majority of the numbers for an average speed speaker would take slightly longer.  For example, just consider how long it would take you to say out loud “one hundred ninety-five thousand five hundred sixty-five”.

Granted, when speed speaking, one can easily hit the 2 second mark, or even less. But when actually counting aloud for many hours on end, there is a certain level of physical and mental fatigue that goes along with it that makes it so speed speaking isn’t really viable long-term. This is a marathon, not a sprint.

So just how long would it actually take someone to count to a million? Thanks to the efforts of one Jeremy Harper, we know the real world answer is somewhere in the vicinity of 89 days.

How did Mr. Harper figure this out?  Well, he did it from June 18 to September 14, 2007 and live-streamed the entire thing online for everyone to watch. Harper, a software engineer whose boss gave him time off to do this, neither left his apartment nor shaved during the event; he recited numbers aloud (read off a computer monitor) for about an average of 16 hours every 24 hour period for 89 straight days. This is about 3.9 times longer than the oft’ quoted 23 day estimate.

To be clear, we’re not saying this all couldn’t be realistically done faster. Harper did take the occasional mini-break to break out in dance and things of this nature- he wasn’t trying to set a speed record to count to a million. However, given his overall pacing when counting was reasonably quick, he dedicated the vast majority of his waking hours to the task at hand, and the large sample size of counting time we’re dealing with here, this seems a pretty good ballpark figure to go with on the “How long does it take to count to a million?” front.

As for why Harper did it, he was looking to raise money for Push America (now The Ability Experience), a charity that helps disabled people. Along with raising about $12,000 for the charity directly (and getting them a lot of free publicity), Harper’s achievement was recognised by no less of an authority than the Guinness Book of Records for being the highest number ever counted to by a human.

As you might imagine, the reality of spending nearly every waking moment for just shy of three months doing nothing but counting aloud was extremely mentally taxing according to Harper. As he noted, “The cameras that were on the whole time, I think, are really what kept me sane through the whole thing. If I would have been locked in my apartment and counted to a million and nobody was watching, I would certainly have lost my mind. I would be like, you know, just out of it. ”

Naturally, after hitting 1,000,000, he did what anyone would do after such a momentous achievement- the chicken dance.

As for the feeling of finishing counting higher than any person before, according to Harper:

at that moment, I lost – I just kind of lost all control, and then, you know, I said the number. And then, it was just like a big bubble – it’s kind of – just popping on me. At one time, I just said it and went with it. You know, there’s a weird emotion.

Now, within those 89 days, it took Harper about 1,424 waking hours, or about 5.13 million seconds to count to a million doing almost nothing but counting.  This would mean the real world average time to speak each number is roughly 5.13 seconds or about 2.6 times slower than Mr. Schwartz’s 2 second assumption.  Granted, when we timed Harper saying some of the largest numbers here and averaged it out, the two second mark wasn’t that far off, ending up around 2.6 seconds each. But in between time was needed to, you know, breathe, give the tongue, jaws, etc. a quick rest, and take time to think about the next number on the screen before saying it, to avoid messing up.

So what about a billion? As no one has ever counted that high (and no individual human ever will unless we solve that whole mortality thing), it’s difficult to get quite as accurate of a general ballpark figure. Seemingly the best way to do this would be to gather, say, 10,000 people and have them all take 100,000 number long segments out of the 1 billion number line and begin counting. We’d then simply need to add up the total time and get a good rough estimate.  But as we don’t know 10,000 people willing to volunteer a couple weeks of their lives to such a task (unfortunately), we’ll give it our best college try at an estimate using Harper’s numbers as a reference point.

On that note, as a sort of baseline, if we assume that the average time to say each number was the same as around what it is to count to one million, and assume the same very reasonable criteria as Mr. Harper used (counting roughly 16 hours per day with small breaks here and there to eat, drink, etc.), that would be a whopping 5,126,400,000 seconds or 1,424,000 hours of actual counting time. After adding in the other eight hours of the day, this comes out to 89,000 days or roughly 244 years. (And if you’re curious about the whole “no need to do anything else but count” scenario, that would be roughly 59,333 days or about 163 years.)

But, of course, the time to say each number would actually go up slightly as one ascended the number ladder. But how much?  Considerably based on a few practice runs we attempted on some of the larger numbers. Beyond it being much harder than you might expect keeping the large number in your head to increment appropriately (an issue that could be avoided via reading the numbers off a screen as Harper did), the actual average time to say something like “three hundred twenty two million four hundred fifty two thousand seven hundred ninety nine” for us was around 4 seconds at a normal speaking pace. Given Mr. Harper averaged an additional roughly 2.5 seconds in between each number, we’re looking at a slightly more realistic number (though still with a large error bar) of around 6.5 seconds average for those larger figures.

The lower digits, of course, would be closer to Mr. Harper’s 5.13 total seconds, but, as with counting to a million, the upper end would come to dominate pretty quickly. So just for an exceptionally rough ballpark figure, we’ll go with a more realistic 6 seconds per number average, giving us around 1,666,667 hours or 104,167 days (counting 16 hours per day) or roughly 285 years, assuming one had the benefit to get to read the numbers off a screen. (Without this, we’re quite certain given our little practice runs with counting such large figures, that it would take much, much longer due to added interim seconds needed for focusing/thinking in order to keep the number in one’s head… and stave off a mental breakdown as the years go on.)

So how long would it take to count to a billion?  We’ll go with somewhere between 244-285 years counting for about 16 hours per day. If you happen to know 10,000 people who want to dedicate a couple weeks to counting, maybe we can come up with a more accurate figure. 😉