Does Sex Before An Athletic Event Really Hinder Performance?

December 19, 2012 Scott
Frank asks: Does having sex before an athletic event really hurt performance in the event? 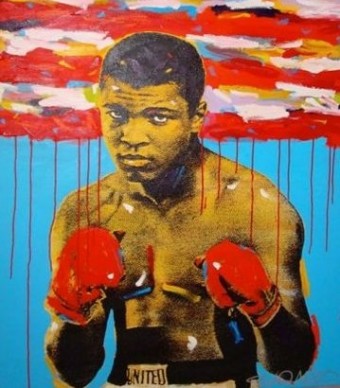 Good question! There are two schools of thought on this particular issue, but the short answer is that it could psychologically (although no study has definitively proven it), and “no” physically (unless you need a reduction in testosterone to help with excessive anxiety and lack of focus). That being said, there has never been any scientific study that shows that having sex before physical activity will decrease your performance. Most medical professionals state this myth is merely superstition caused by undereducated coaches.

The idea that sex before an event causes a decrease in performance stems from a popular belief in professional boxing circles and in certain other sports in the 1950s and 60s. The Mexican Olympic team believed so much in the theory that they gave Potassium Nitrate to their athletes in hopes of preventing erections. The thought process was that sex will decrease a person’s testosterone levels before the event, reducing their aggression and therefore performance. The ancillary idea that abstinence can also cause an increase in aggression might also have played a role in this theory. Whatever the case, the idea simply isn’t true. Several studies have shown that males with high sex drives and more frequent sexual activity tend to have higher average levels of testosterone (which isn’t surprising). Conversely, Dr. Emmanuele A. Jannini, an endocrinologist at the University of L’Aquila in Italy, points out that after three months of sexual inactivity, the testosterone levels of a person can drop to the level of children.

On the flip side, an increase in anxiety and aggression can potentially hinder the performance of certain athletes who need to concentrate and have more level headed thought processes during the event. Consider a baseball player up to bat, or a quarterback throwing a ball; too much anxiety and the batter swings too early or without good control. The quarterback could make snap decisions that would have a negative outcome. So the theory goes in these cases, athletes who are negatively affected by testosterone could potentially have their performance affected by their sex life. So the idea of trying to affect testosterone by abstaining from sex, one way or the other, really comes down to the individual athlete, their sporting event, and what effects testosterone has on them. The take home message is: don’t try something new before an important event. Do what has been working for you throughout your training period. This will most likely translate into similar results during the event.  Testosterone manipulation has more to do with the days or weeks leading up to the event.

Which brings me to a follow-up question, “What about the minutes or hours leading up to the event?” Historically, it was felt the answer lies with the nervous systems involved in sex and physical activity, of which there are two main types of nervous systems involved. These systems were once thought to oppose each other- the sympathetic and parasympathetic. The sympathetic nervous system, also known as “fight or flight”, involves quick acting neurotransmitters like Norepinephrine. Stimulation of this nervous system results in pupil dilation, increased sweating, heart rate, and blood pressure. All helpful things to tap into during physical activity. You’ve probably heard professional athletes “getting up for the game”. Maybe you’ve seen them on the sidelines of a football game chanting together and “pumping themselves up”. This tends to help stimulate that “fight or flight” response.

Modern medical science has also been able to debunk this theory. It has been shown that these two nervous systems actually work to complement one another. One great example is that your sympathetic nervous system is required to help in ejaculation during sex. More practically, a 1995 study published in the Journal of Sports Medicine and Physical Fitness showed there was no difference in performance between subjects having sex hours before they were given a test on a treadmill and those that didn’t.

Frank, now that you know there are no physiologic effects to having sex before an event, let’s talk about the psychological effects.

As all athletes know, being mentally strong is just as important as being physically strong. Due to the stakes at play in competitive sports, many athletes have elevated levels of anxiety leading up to an important event. Without any way to relax, athletes can have trouble sleeping, and mentally be exhausted at game time. Sex helps distract the mind from the competition, relaxes a person, and helps them sleep. As Juan Carlos Medina, general coordinator of the sports department at Tecnologico de Monterrey, states, “Sex helps to distract the mind from the competition and that helps sweep away mental fatigue, which is more dangerous than physical fatigue.”

There is one more factor to consider. What about the physical fatigue obtained while playing hop-scotch between the sheets? If you’re worried about this, don’t be. The average sexual encounter lasts only about 5 minutes (sorry boys, the truth hurts). This will only burn about 20-50 calories, depending on the exertion level. An after dinner walk with grandma burns more than that!

So what does all this mean? In the end, there is no evidence that sex hinders physiologic performance. The psychological benefits of having sex do appear to help in some cases. In the words of Martin Lawrence from “Bad Boys” the movie, “You know I’m a better cop when I get some in the morning, I feel lighter on my feet.” Truer words have never been spoken!

On a more “the truth is in the pudding” note, the Olympic Committee is so aware of the benefits of sex (and the promiscuity of these top athletes during the Games), that it routinely hands out condoms to its athletes. During the London 2012 games, they distributed over 150,000 condoms to athletes and volunteers. What athletes often do during the Games when they’re not training or competing can be best summed up by an Olympian who remarked, “You can’t have that many good looking people, in that good of shape, all in the same place without many wanting to relieve some pressure.”