That Time the Italian Military Experimented with Parasheep 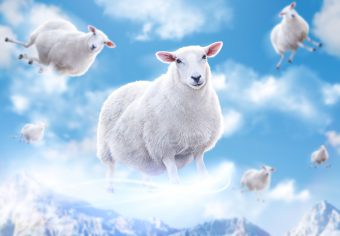 Whether it’s flying tanks , literal bat bombs, surprisingly effective pigeon guided missiles, chicken heated nuclear weapons, or dogs that are trained to gruesomely take down tanks, humans have been using animals in war in a variety of bizarre ways. Today we’re here to talk about yet another seemingly absurd animal war-time event of the 20th century that actually turned out to be something of a revolution in warfare- parasheep.

The actual innovation these parachuting sheep represented was the “flying supply column”, a revolutionary idea that involved supporting a ground-based force with planes laden with things like ammo, food and water that would be dropped using parachutes. The idea was fully realised during WW2 with the advent of mass-produced carrier planes and more sophisticated and reliable parachutes. However, the idea was explored by other nations prior to WW2, with one of the first to implement it being Italy during the Second Italo-Ethiopian War.

Taking place between 1934 and 1936, the Second Italo-Ethiopian War, occurring in the Horn of Africa, ended in the creation of the relatively short-lived Italian colony of Italian East Africa. During the conflict, a large force of Italian soldiers were tasked with crossing the Danakil Desert located in what was then north-east Abyssinia (modern day Ethiopia).

Largely considered one of the most unforgiving landscapes on Earth, the Danakil desert, or at least the 120 or so miles of it the Italian army were scheduled to cross, represented an impractical barrier using classic supply line methods. Realising that every additional pound of equipment each man had to carry would increase the odds of dehydration or heat stroke under the glare of the harsh, oppressive sun, the decision was made for none of the soldiers in the Italian advance to carry a significant amount of food or water at all. Instead, it was agreed that a contingent of 25 specially chartered planes would support the advance from the air, dropping necessary supplies at set points. These supplies consisted of water, cooking materials that could be discarded or left behind after each use (more would be dropped later), and, most unusual of all, live sheep.

Exactly why the decision was made to drop live sheep, instead of packaged and pre-prepared meat rations, isn’t entirely clear, with some opining that fickle Italian ground troops refused to eat the standard-issue rations they were given, prompting the military to instead send them live animals to slaughter and eat fresh. It has also been speculated that the military wanted to keep morale as high as possible by supplying troops with fresh meat while also using it as an excuse to test the effectiveness of experimental parachutes (a technology that was still in its infancy at this point) carrying live subjects. 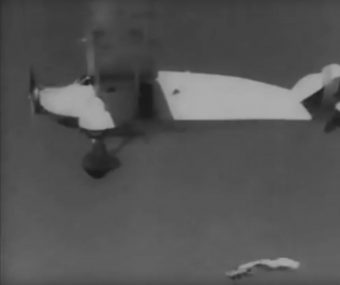 In total it’s reported that by the time the Italian advance had cleared the perilous desert some 72 sheep and 2 live bulls were airdropped for the hungry troops waiting on the ground. While the animals were intended for slaughter, footage of the airdrops (yes, there’s footage) shows that the sheep, or at least the ones shown, survived their fall with no apparent injuries and were quickly herded together by the soldiers.

While mostly a mildly amusing historical tidbit today, this wartime footnote was actually an important occurrence. The advance across the Danakil Desert demonstrated that it was now possible for armies to traverse even the most unforgiving terrain without need to develop, maintain, or protect train or other such ground based supply lines- something of a major revolution in warfare. As correctly predicted in the August of 1938 edition of Click magazine concerning the innovative sheep air drops, “A flying supply column is an entirely new development in warfare, but it is one that will play a big role in future military maneuvers.”