July 23, 2016 Dusti
This is a weekly wrap of our popular Daily Knowledge Newsletter. You can get that newsletter for free here. 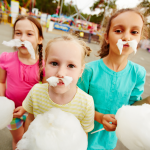 The Dentist Who Helped Make Cotton Candy a Thing

While candy floss / cotton candy-like spun-sugar confectioneries have been around since at least the 15th century, if not earlier, it’s only been recently that cotton candy has been something practical to make and sell. So despite the fact that the amount of sugar itself in a typical serving of cotton candy is quite small, only about 30 grams or about 2 tablespoons, the time consuming handmade production of it and how quickly it loses its fluffy nature when exposed to air made it something that wasn’t well known or eaten except by certain wealthy individuals. Cotton candy reached its current form and became accessible to the masses thanks to the efforts of Dentist William Morrison and candy maker John C. Wharton in 1897. That year…(more) 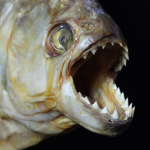 Could Piranha Really Turn You Into a Skeleton in a Matter of Minutes?

Alongside sharks, crocodiles and that fish people incorrectly believe can swim up a stream of urine if you pee in the Amazon, piranhas are amongst the most feared aquatic creatures on Earth. This is mostly due to the popularly held idea that a large and hungry enough shoal of piranhas could reduce you to nothing more than a skeleton in a matter of moments- an idea that, as it turns out, isn’t without precedent, but most certainly doesn’t tell the whole story about whether piranhas are actually dangerous to humans. (And, incidentally, if you live in the U.S., you are nearly four times as likely to be killed by a vending machine as a shark, with an average annual death rate of 2.18 for vending machines and 0.6 deaths from shark attacks.) The first thing we should address is that, for the most part, piranhas pose no threat…(more) 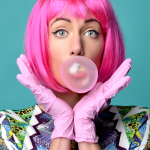 Bubblegum, the ambiguously flavoured, obnoxiously pink candy gum that is the favourite treat of Violet Beauregarde and, seemingly, a shocking amount of stock photo actors was first invented in 1928 by an accountant called Walter Diemer. Despite being asked in dozens of interviews throughout his life, Diemer took the secret of what he was shooting for in the flavour of bubblegum to his grave, and the company that owns the rights to the recipe likewise isn’t talking. But we’ll get to that in a bit. First, the story of how bubblegum became a thing. In 1928, Walter Diemer was working as an accountant for the now defunct candy and baseball card manufacturer, Fleer. At this time, Fleer was struggling…(more) 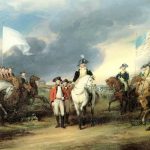 Yankee Doodle and His Macaroni

While silly and irreverent, the song “Yankee Doodle” holds a rather patriotic place in many American hearts and is even the official state song of Connecticut. Today, the jingle may bring to mind a proud revolutionary spirit, but the song’s origins are really anything but. The tune was originally used by British soldiers to mock Americans for being disorganized, disheveled and, as far as the Brits were concerned, inferior. By the end of the American Revolution, however, the song had been repurposed by the burgeoning new country. Here now is the story behind the song “Yankee Doodle” and the answer to that elusive question – Why did Yankee Doodle stick a feather in his cap and call it macaroni? As with a lot of older songs, the tune and music that we today associate with “Yankee Doodle” was actually written much earlier than the 18th century. The melody may…(more) 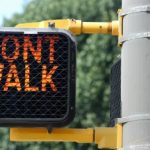 Why Don’t They Bother Putting the Apostrophe in “DONT WALK” Signs?

No one is sure when exactly the first WALK/DONT WALK style signs were installed. Even the Federal Highway Administration isn’t sure, though it is thought that the first such sign was likely installed sometime in the early to mid-1930s. These signs didn’t say “WALK/DONT WALK” at all. Rather, according to the FHA, the earliest signs that signaled when pedestrians could walk used the words “WALK” and “WAIT” or a combination of colored lights not dissimilar from traffic lights today. The first definitive example of a signal that used “WALK/DONT WALK” was a neon sign installed in Washington DC on January 1, 1939 which you can see pictured…(more) 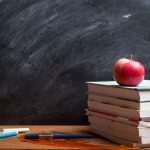 Why are Teachers Associated With and Traditionally Given Apples?

Widespread publicly funded, mandatory education has only been around since about the 19th century. Before then, the responsibility of providing schooling to children fell primarily on their families. Upper- and middle-class families tended to hire tutors or send their children to a private school run by a schoolmaster. That didn’t mean the children in lower-class families missed out on learning how to read and write. They often learned this at home, through apprenticeships, or at church-funded schools. In addition, some poor families scraped together enough money to pay for their children to receive an education. Some even worked out a barter arrangement with teachers where they paid with surplus produce from the family farm. For instance, poor students from farming families in Denmark and Sweden often brought baskets of potatoes or apples to school as payment, among other…(more) 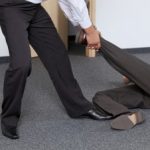 For those who aren’t familiar with the phrase, when someone says, “You must be pulling my leg!” they usually mean, “You must be joking/teasing/making something up.” Extremely popular in the 20th century, the origin of this phrase is still something of an enigma to etymologists. There are two popular theories about how this phrase came about, neither of which is backed up by any real evidence nor are they that plausible. First, is that thieves used to pull at people’s legs to trip them. Once the victim was on the ground, the thieves would have ample opportunity to rob them. While it is an interesting story, the plausibility is low and the details of the origin change too much to be taken seriously…(more) 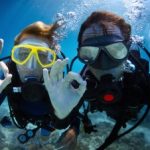 If you’ve ever washed away your day with hours in a hot-tub, you might have asked yourself, “Why do my hands look like I’m 90 years old when they’re in the water?” The full explanation of how and why our fingers wrinkle in wet environments is still the subject of some debate. What we know is that the physiological mechanisms causing this phenomenon are the result of our veins constricting (vasoconstriction) in your hands and feet. One might notice this occurs even in warm water, when we otherwise would assume blood vessels should dilate instead of constrict. This suggests an evolutionary benefit to wrinkling digits. One such advantaged recently demonstrated by two studies showed that wrinkled fingers provide us with better grip in wet environments…(more) 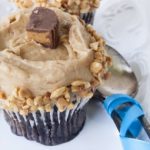 A popular chocolate cup filled with delicious peanut butter, Reese’s Peanut Butter Cups were created by a man named Harry Burnett (H.B.) Reese. Reese was born May 24, 1879 in Pennsylvania to a farming family. He married in 1900 and went on to have sixteen children. (Yes, 16!) By 1903, not surprisingly, he was struggling to support his growing family, so took on all manner of jobs from butcher to factory worker. In 1917, Reese found an advertisement to work on a dairy farm owned by Milton S. Hershey, owner of the Hershey Chocolate Company, in Hershey, Pennsylvania. Though he didn’t know it at the time, taking the job would shape the rest of Reese’s future. He worked on the farm for several…(more)