March 5, 2014 TheMedicineJournal.com
Our resident medical expert, Scott, and a buddy of his recently started The Medicine Journal, where you can learn all sorts of interesting facts about all things medical related. Below is a sample article from their new site. 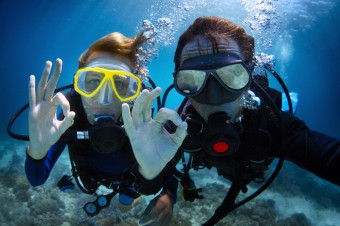 If you’ve ever washed away your day with hours in a hot-tub, you might have asked yourself, “Why do my hands look like I’m 90 years old when they’re in the water?”

The full explanation of how and why our fingers wrinkle in wet environments is still the subject of some debate.  What we know is that the physiological mechanisms causing this phenomenon are the result of our veins constricting (vasoconstriction) in your hands and feet.  One might notice this occurs even in warm water, when we otherwise would assume blood vessels should dilate instead of constrict.  This suggests an evolutionary benefit to wrinkling digits.  One such advantaged recently demonstrated by two studies showed that wrinkled fingers provide us with better grip in wet environments.

To better understand what’s going on with our dish-pan-hands, let’s take a closer look at the anatomy and physiology involved.

It was once widely reported that water-immersion wrinkling was the result of osmosis.  Water being pulled into dead skin cells (keratin) on our epidermis would cause them to swell.  The swollen outer layer of skin, still tightly attached to the layers beneath, would then wrinkle due to the increased surface area.  A quick Google search will show you this idea is still widely circulated, even by some otherwise reputable sources.

While it might have some minor role, we now know osmosis resulting in skin swelling is not the main cause of finger wrinkling for several reasons.  The first is that only fingers, toes and the bottoms of your feet tend to wrinkle when wet.   If osmosis was the reason, all parts of your skin would wrinkle in response to wetness.  Some have suggested it’s because the outer layer of the skin is the thickest in these areas, as such, would be more subject to swelling and wrinkling.   The problem is that measurements have shown a decrease in finger volume when wrinkled, not an increase, as would be the case if swelling was the cause.

The most damning evidence that osmosis is not the cause of finger wrinkling is that if you cut the sympathetic nerve fibers (those that respond to your fight or flight response) to a person’s fingers, they will no longer wrinkle in water.

For those who don’t want to let go of an osmosis mediated answer, never fear.  Water diffusing into our porous skin is thought to cause the reaction by our sympathetic nervous system, leading to vasoconstriction.

It’s the vasoconstriction that is the cause of wrinkling digits.  In the 1930s, Dr.’s T. Lewis and GW Pickering, noticed patients with damaged median nerves (one of the main nerves in your arms that can affect the movement and sensation in the hands) did not have their skin wrinkle in areas connected to that nerve.  Since this observation, there have been several studies that have confirmed vasoconstriction as the main cause of water-immersion wrinkling.

The debate among researchers is exactly how the sympathetic nervous system gets stimulated by water.   The two leading theories revolve around electrolyte imbalances in your epidermis, and an overproduction of sweat by your sweat glands.

Several studies looking at using finger wrinkling as a test for how well your sympathetic nerves are functioning in your limbs, have cited electrolyte imbalances as the most likely cause of an increased fight-or-flight response to your extremities.

When water diffuses into the many sweat ducts of your hands and feet, the increased water volume creates an abnormal balance of electrolytes like sodium, potassium, calcium, magnesium, chloride, and bicarbonate. They state:

Altered epidermal electrolyte homeostasis would lead to a change in membrane stability of the surrounding dense network of nerve fibers and trigger increased vasomotor firing with subsequent vasoconstriction. Vasoconstriction, through loss of volume, leads to negative digit pulp pressure resulting in a downward pull on the overlying skin, which wrinkles as it is distorted. The degree of wrinkling would directly depend on the change in digit tip volume and implies any process inducing loss of digit volume will precipitate wrinkling.

Other researchers looking at a cause of the increased nerve firing have cited an equally plausible scenario- overproduction of sweat by your sweat glands.  Those who posit this cause agree that it’s your sympathetic nervous system trying to maintain homeostasis within the epidermis.  However, the cause in their view is a loss of the surface tension created by sweat droplets when outside water is introduced.

Normally your sweat glands at rest produce sweat at certain pressures.  That droplet is then evaporated depending on the environment you’re in.  In the water, evaporation is absent.  The result is a sweat droplet that continuously grows in size.

The researchers calculated all of the pressures involved and found the total pressure of the atmosphere and water, at depths of 10cm, was 767mmHg.  The total pressure exerted on the sweat droplet, by the sweat gland, was 1260mmHg.  The much higher pressures pushing on your sweat droplet caused a free-flow of sweat from the body.  In response to the excessive loss of sweat, they concluded:

To maintain homeostasis, the sympathetic nervous system triggers a reduction of blood flow to the hand, causing the vasoconstriction and eventual wrinkling of the skin.  Other factors, including the temperature and tonicity of both the sweat and water, as well as the depth of immersion, also influence the formation of wrinkles.

No matter the exact mechanism causing our sympathetic nervous system to fire off like were being chased by wolves, the result does give us a gripping advantage in wet conditions.

In 2011, Mark Changizi, an evolutionary neurobiologist, was the first to propose this idea. The hypothesis was confirmed by neurobiologists at Newcastle University in the UK in 2013.  Along with the advantages in wet environments, they found wrinkled fingers gave no disadvantage in dry conditions, suggesting a superiority in one situation while not diminishing our protection in others.

So next time you’re washing dishes, be thankful that your fingers wrinkle- it gives you a better grip!