May 22, 2016 Dusti
This is a weekly wrap of our popular Daily Knowledge Newsletter. You can get that newsletter for free here. 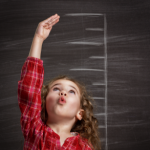 Why are People So Much Taller Today Than Historically?

Over the last century and a half or so, humans, as a group, have grown significantly taller, with men from western, industrialized countries today being on average between 3 and 7 inches (7-18 cm) taller than their counterparts in the mid-19th century. So why have humans gotten taller? There is very strong evidence that this simply comes down to nutrition and the body’s ability to fully benefit from said nutrition via not getting certain diseases that hinder the absorption of consumed nutrients. That the environment is drastically more important than other factors, such as microevolution, is strongly indicated via looking at human height during times of relative comfort…(more) 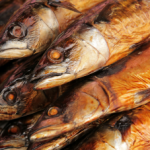 Meaning a distraction or false trail, the expression “red herring” has been relatively commonly used for the last two centuries, and its origins do, in fact, begin with a rust-colored fish. However, until quite recently, the accepted origins of red herring were themselves a false trail. The literal sense of a red herring dates to at least 1250 AD when Walter of Bibbesworth wrote in The Treatise, “He etep no ffyssh But Heryng red.” A product of the process used to preserve the fish into a kipper, the herring is cured in salt brine and then smoked for up to 10 days. If enough brine is used, the fish turns a red, coppery color with a rather strong smell. Capable of…(more) 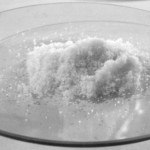 Smelling salts have been used for everything, from reviving those who have fainted to athletes needing a chemically-induced “wake up.” But what are smelling salts? Are they actually an effective medical treatment? How do they work? Are they toxic and dangerous?Smelling salts aren’t what most people think of as “salt”; there isn’t sodium in smelling salts. The main and most active ingredient is ammonium carbonate ((NH4)2CO3H2O), a solid chemical compound that, when mixed with water (H2O), releases ammonia gas. Ammonium carbonate also goes by “baker’s ammonia,” due to the fact that it was used as a leavening agent prior to the popularity of baking soda or powder in the early to mid-19th century. In fact, baker’s ammonia is still…(more) 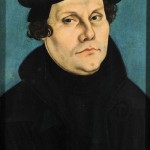 On the last day of October in 1517, a scholar and priest named Martin Luther did as priests commonly did at the time when they had something to discuss amongst the clergy- he nailed a piece of paper to the door of the Castle Church in Wittenburg, Germany. Unlike many other such documents nailed to the doors of churches, this one sparked a religious and social revolution, and established Luther as a hero (to some) and father of the Protestant Reformation. Interestingly, some argue that to solidify his claim to leadership, Luther also felt he had to do something else – talk tough; and in 16th century Germany, that meant having a potty mouth. Regardless of his motivations, Luther could turn a filthy phrase with the best of them, as you’ll soon see…(more) 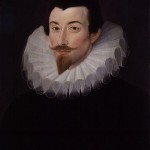 The term is thought to derive from Sir John Harrington or, at the least, to have been popularized due to Harrington. (There are a few references of the toilet being called “Cousin John”, as well as many references to it being called “Jake” and other such generic names, before Harrington was born; but it is generally agreed that why we now call it “John” is because of Harrington and not from the old “Cousin John”). Sir John Harrington lived in the late 16th and early 17th centuries. Harrington was one of the 102 god-children of Queen Elizabeth I, known as the “Saucy Godson”, for his proclivity to write somewhat risqué poetry and other writings…(more) 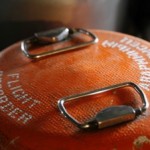 Like many inventions, versions of an airplane “black box” were independently invented by several people, in this case beginning around the 1930s and 1940s. As for the version that began being installed on commercial aircraft, it was invented in response to a tragic loss of life. A De Havilland Comet 1, the world’s first commercial jet-powered airplane, disintegrated over India in early 1953. Of the 43 passengers and crew members, none survived. Australian chemist Dr. David Warren joined an expert panel looking into the cause of that crash and two other crashes involving the Comet 1. Australia had a vested interest in the success of the Comet because of its possible use by Australian airlines for a route between Australia and the United Kingdom. While Dr. Warren was an expert in fuel research, the plane crashes resonated with him for another reason; his father died in 1934 when the plane he was on crashed into the ocean…(more) 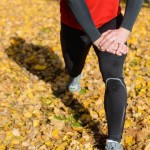 Cramps come in four categories: True cramps, Rest cramps, Tetanic cramps, and Dystonic cramps. The most common of these is the True cramp. While there are different causes of muscle cramps, like the involuntary contractions associated with seizures, we’ll focus on muscle cramping related to athletics, as this is the most common. Our bodies are composed of over 700 muscles that work together. Occasionally, involuntary contractions of one or more of these muscles will cause a cramp or spasm. A muscle cramp may involve a single muscle, part of a muscle or a number of muscles that work in synergy. Although most skeletal muscle cramps occur in foot and calf muscles, other muscles such as the thighs, arms, hands…(more) 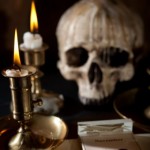 Being wary of Friday the 13th is much more than a quaint superstition observed by a few uneducated people in distant, unreachable towns and hamlets. In the United States alone, it is estimated that between 17 and 21 million people dread that date to the extent that it can be officially classified as a phobia. So why is Friday the 13th considered such an “evil” day? The origins aren’t perfectly clear, but we do know that both Friday and, separately, the number 13 have long been considered unlucky and it was around the late 19th…(more) 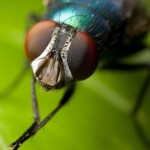 A popular notion of how they accomplished this used to be that the flies would do a half barrel roll sideways just before landing on the ceiling and then let their momentum carry them the rest of the way up. This was shown to be incorrect when, in 1958, Natural History Magazine took and published photos of flies landing on the ceiling. What is actually happening here is that as the fly approaches the ceiling, flying normally, it extends its forelegs above its head and grabs the ceiling with its front feet. It then uses its momentum to swing the rest of its body up until all its legs are firmly attached…(more)