Asparagus, Beets, Carrots and Your Urine

January 25, 2016 Melissa
Stephanie I. asks: Why do beets turn some peoples pee red while others it doesn’t? 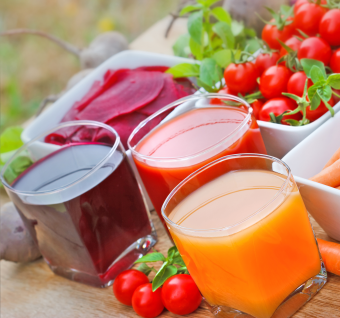 Asparagus may be the most well-known urine changer, and even Ben Franklin acknowledged that just “a few stems of asparagus eaten, shall give our urine a disagreeable odor.”

However, relatively recent research by Robert H. White from the University of California proposes an alternative theory as to the source of the smell.  White used gas chromatography-mass spectrometry to try to identify the cause of the smell and he concluded that it was actually from the s-methyl thioesters- specifically s-methyl thioacrylate and s-methyl thiopropionate.  Thioesters, like methanethiol, are primarily sulfur based except are formed from sulfur bonding with an acyl group.

In either case, the smell comes from the way the chemical compounds in asparagus break down inside the body.  This is why cooking asparagus in various ways does not result in the same smelly byproduct.

Not everyone suffers from stinky asparagus pee (one way or the other). While, again, not definitive, there have been a number of relatively recent studies indicating that after eating asparagus, everyone’s urine contains the compounds that ultimately result in the noxious odor. So why does it seem like only some do? The kicker is that not everyone has the ability to smell the compounds in question. That said, there are some studies that seem to indicate that at least some people don’t produce the smelly compounds in the first place, and that a single gene may be responsible for the distinction.  Needless to say, more research is needed to clear up the matter.

On to beets- in around 10% of the population, consuming beets will result in red urine, a phenomenon known as beeturia. Troubling to view, with some mistaking the cause for blood in their urine, it is harmless, and is due simply to failure to digest certain betacyanins (the chemical responsible for making beets red in the first place).

Studies to date seem to indicate that the pH value of one’s stomach acid is the most important factor in whether you’ll end up with red tinged urine when eating beets.  Less acidic stomach acid, whether naturally or induced via some medication or the like, and faster digestion times (such as if you consume beet juice on an empty stomach) mean a higher probability that you’ll have a red river next time you have to urinate. Another factor, or at least a noted correlation, is that people who have an iron deficiency have a higher probability of being one of those whose body does not properly digest the betacyanins while they are iron deficient.

This leads us to carrots. It turns out you don’t need to get a fake tan to turn orange- you can simply eat large quantities of orange plants, such as orange carrots. (Interestingly, before the 17th century, most carrots were purple.)  The resulting condition is known as carotenemia and isn’t as uncommon as you might think. It particularly rears its orangish-yellow head with infants that are fed copious amounts of pureed carrots and a variety of vegetables that contain high amounts of carotene. It is a build-up of this carotene in your body that turns your skin (and in extreme cases even your urine and feces) a shade of orangish-yellow.  This effect will usually first present on your nose and/or palms, which is why you occasionally see babies with orange noses.

As with potential issues from asparagus and beet consumption, this condition isn’t harmful, other than perhaps making a person look like a potential star of a future Jersey Shore reboot.  But beyond that, all one has to do to make the skin coloration go away is to stop consuming large amounts of things with carotene in it.