The Story Behind the Strange Case of Dr. Jekyll and Mr. Hyde 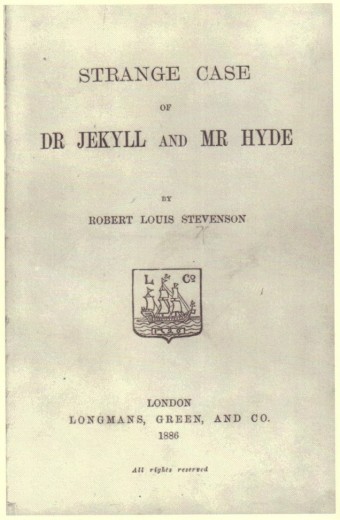 In the fall of 1885, poet, essayist, travel writer and novelist, Robert Louis Stevenson, had a nightmare so terrifying that his tossing about impelled his wife to wake him up. Rather than being grateful, however, Stevenson chastised his bride, barking: “Why did you wake me? I was dreaming a fine bogey tale.”

A longtime sufferer of consumption (see: Why Tuberculosis was Called “Consumption”), Stevenson was convalescing from a bout in Bournemouth, England with wife, Fanny, when he had the fever dream. In a desperate situation physically and fiscally (the Stevenson’s were deeply in debt), and prescribed cocaine to manage his bleeding lungs, between the fever, the pain, his creditors and the drugs, Stevenson himself was likely not in the best mental state when he had the now-famous nightmare.

Stevenson woke up from the dream with two or three scenes already sketched out, including the first transformation scene, which is where he was in the story when Fanny woke him up. Inspired, he also relied on accounts of the lives of historical and contemporary people to flesh out his tale.

The model for the admired, professional and proper Dr. Jekyll was William Brodie, the infamous city councilor turned burglar of Stevenson’s hometown of Edinburgh, Scotland. Brodie was a respectable Deacon of a cabinet making guild, a member of a prestigious social club and even had a seat on the town council before his downfall.

As lock installation and repair were part of his cabinet making business, Brodie also had access to the keys (that he copied) of Edinburgh’s best and richest houses. Unable to resist the lure, Brodie got into the burglary trade, and he used his ill-gotten gains to fund a secret, separate life that included two mistresses (neither of whom knew each other), five children and a gambling addiction. Brodie carried on with his two-plus lives for about two decades before he was finally caught and hung in 1788. Stevenson had actually written a play about Brodie just three years before he penned Strange Case of Dr. Jekyll and Mr. Hyde, so the facts of Brodie’s duplicity were surely fresh in the author’s mind.

Another influence for Stevenson was Louis Vivet, one of the first people diagnosed with multiple personality disorder in the mid-1880s. Vivet seemingly lived as two distinct people: The first was meek, intellectual and kind, and was paralyzed from the waist down. The second was confrontational, scheming and arrogant, but could walk perfectly. When in one state, Vivet reportedly had no recollection of the memories of the other personality.

Pulling all of this together, Stevenson set to work. Though direct evidence is a bit scant, by most accounts there were two somewhat distinct drafts written of the story, each in just a few days. Clearly, the cocaine was having an effect.

By one account, after Fanny reviewed the first draft (as was their custom – he highly valued her criticism) and suggested that rather than write it as a story, he should present it as an allegory, an angry Stevenson burned that first draft.

According to another version, however, it was Fanny that burned the first draft. While Stevenson was writing it, she wrote a letter to their friend, the poet WE Henley, in which she called the novel “a quire full of utter nonsense,” that she “shall burn . . . after I show it to you,” even though by this time, the fever-ridden Stevenson was describing it as “his greatest work.”

Whatever the case, a first draft appears to have been discarded and Stevenson sat down and scribbled out the second draft over the next few days.

The fact that anyone, no less a cocaine-addled, tubercular invalid whose bleeding was so bad it “hardly allowed him to speak,” could hand-write a 30,000-word classic in such a short period of time is astounding.

Stevenson later provided an excellent explanation for his productivity, noting that “the wheels of [my creditors] drive exceedingly swiftly.”