May 8, 2015 Daven Hiskey
This is a weekly wrap of our popular Daily Knowledge Newsletter. You can get that newsletter for free here. 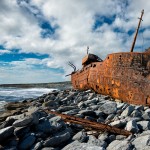 Bumping into a rock or a reef, war, swamped by rough weather or high waves, pilot error or pirates, there are a variety of ways a ship can sink. After it does, depending on whether it floated out on its own, was thrown overboard or sank to Davy Jones Locker, the equipment, cargo and bits of ship that leave a wreck have distinct names, with the distinction classically being important in maritime law. Flotsam denotes that wreckage from a ship that is later found floating on the sea’s surface. The word traces its roots to the early 1600s and the Anglo-French floteson, which derived from the Old French flotaison (meaning “a floating.”) The word… (more) 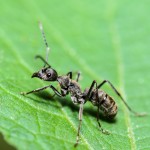 Making zombies of ants, Swiss cheese of snails and Sherpas of sheep and cows, the lancet liver fluke proves that you don’t need to be big to be powerful. Growing up to 10 mm by 2.5 mm (0.5 x 0.1 inches), Dicrocoelium dendriticum is a parasitic flatworm (also known as a trematode) that begins life as eggs living in the poop of (generally) cows or sheep. Shortly after being deposited, the eggs are ingested by a snail (such as Zebrina spp. or Cionella spp.) where they hatch into larva (miracidia). In this form they burrow through the snail’s gut and rest in its connective tissue where they develop into a second larval stage (sporocysts). Now they move to the digestive gland where they bear female sporocysts, that themselves produce yet another larval stage (cercariae)… (more) 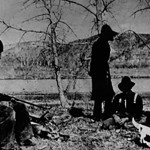 Along with serving two terms as the President of the United States between 1901 and 1909, Theodore “Teddy” Roosevelt also had a laundry list of supremely manly escapades throughout his life, such as the time he was shot in the chest in an assassination attempt, but went ahead and gave a lengthy speech he’d planned anyway before seeking medical attention. (More on this in the Bonus Facts below) Another such story he was often fond of telling came from his brief stint as a deputy sheriff for Billings County, North Dakota. Originally Roosevelt… (more) 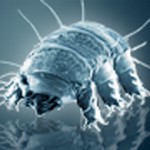 The Toughest Known Creature on Earth and Beyond

It is surely the stuff of science fiction: An extraordinary being arrives on Earth that can withstand a tortuous array of conditions: boiling, freezing, tremendous atmospheric pressure, near total dehydration, and exposure to massive amounts of ionizing radiation. While many joke that “cockroaches would be the only thing to survive an extreme global nuclear war”, in fact, cockroaches would not.  These creatures would. They are also the only life form known to be able to survive the near vacuum of space for extended periods. (Note: humans can actually survive the near vacuum of space for about 90 seconds without long term damage, but we have nothing on this creature.) They can lie dormant for 10-100 years and then come back to life with a drop of water. When it comes to durability, nothing on Earth can match the very real “Water Bear”… (more) 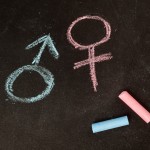 Representing two planets, iron, copper and a couple of Olympian gods, the classical symbols for male and female pack a lot of meaning into a few squiggly lines. The symbols themselves are ancient, and the associations they make date back to the dawn of civilization. The ancients, after observing how the movements of heavenly bodies like the Sun and planets heralded a corresponding change in events on our planet, eventually came to believe that there was a causal relationship. Logically, then, ancient scholars began to study the heavens in order to better predict, and prepare for, the future. They also came to associate different heavenly bodies with their powerful gods- Mercury, Venus, Mars, Zeus… (more) 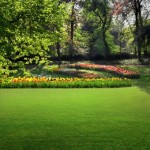 Maintaining the perfect lawn takes a lot of work. There’s mowing, fertilizing, aerating, and watering. Having a trimmed green field leading up to your front door is something of a status symbol, and in some cases having a messy front lawn can get you into trouble with your more obsessive neighbours. Turns out, the grass lawn as a status symbol has its origins in European aristocracy. The very first lawns were grassy fields that surrounded English and French castles. Castle grounds had to be kept clear of trees so that the soldiers protecting them had a clear view of their surroundings. It wouldn’t do for enemies to be able to sneak up on the castle through the forest. Without trees, grasses sprouted naturally… (more) 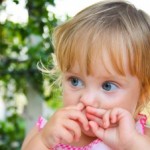 Does physically taking boogers out of your nose, putting them in your mouth and swallowing boost your immune system?  The short answer is probably not.  You ingest your snot all the time without needing to channel it through your mouth. So if there is a benefit here, you get it without needing to munch your nose nuggets. That said, there are a couple medical professionals willing to comment on the benefits of mining for green candy, particularly touting benefits to one’s immune system. One of the more credible sounding proponents of the habit is Scott Napper, a professor of biochemistry who made waves around the world’s media outlets in 2013 when… (more) 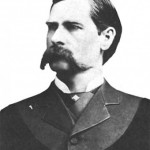 The history books (and Hollywood) often describe the famous lawman, Wyatt Earp, as many things: brave, courageous, moral, law-abiding, and honorable. In the story of the “Gunfight at the OK Corral,” Earp is often portrayed as the hero, the good guy we all should be rooting for. In truth, Wyatt Earp was a much more complicated individual who, among other things, was arrested several times in his life for various offenses, involved in a few major scandals (sometimes on the “bad guy” side), and otherwise seemed to be an individual who balanced precariously on that line between a life as a criminal and a life as a lawman. Wyatt Earp was born on March 19, 1848 in Monmouth in western Illinois. The town had only been established seventeen years prior and was still very… (more) 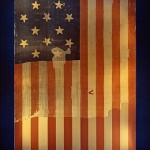 The melody that would be borrowed for the Star Spangled Banner was extremely popular and well known at the time the future U.S. national anthem was penned.  Around the time the Star Spangled Banner’s lyrics were written, this melody was being used for at least 84 popular songs in the United States alone, including Adams and Liberty – The Boston Patriotic Song and the subsequent tune Jefferson and Liberty, written after Jefferson was elected President. The original song that used the melody was To Anacreon in Heaven, written sometime between 1760 and the late 1770s, expounding on the virtues of wine.  The song itself was first publicly published in The Vocal Magazine in 1778 in London.  The music was composed by John Stafford Smith and the lyrics are thought to have been written by Ralph Tomlinson, president of the Anacreon Society, which… (more) 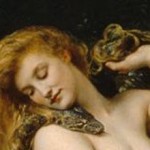 This woman is thought to be the “mother” of all humans alive today. Seems like a big claim for scientists to make.  So how do they know this?  The simple explanation is that when an egg is fertilized by a sperm, the DNA from the father and mother join together in a process known as recombination. Certain DNA is only passed down from the mother or father.  All mitochondrial DNA (mtDNA) come exclusively from the mother, as an exact copy. Over time however, there will occur predictable mutations to mtDNA. Biologists can compare samples from individuals to determine how closely they are related- the fewer these predictable mutations, the closer the relationship.  The predictability of these mutations also allows biologists to estimate the time at which a certain mutation (i.e. ancestor) lived.  Beginning in 1987, several studies have been conducted that show all humans alive today have the same female ancestor and she lived approximately 200,000 years ago. A more detailed explanation is as follows… (more)