Mark Twain’s Hilarious “Thoughts on the Science of Onanism” 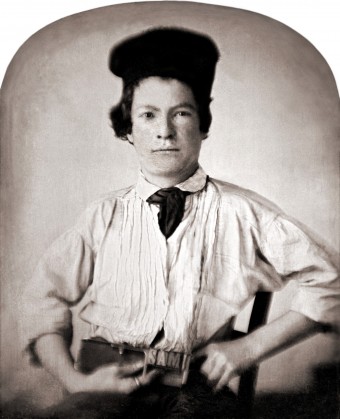 Nor would any part of Twain’s talk go unappreciated, as The Stomach Club was a group of writers and artists who loved to get together over a delicious meal, and a few too many drinks, and enjoy a bawdy tale.

If you’re wondering, Onan was the guy from the Old Testament who was killed for spilling his “seed” on the ground instead of in the lady- the oldest documented instance of the withdrawal method of birth control being used, which contrary to what many think is actually nearly as effective at preventing pregnancy as condoms according to a 2008 study, Better Than Nothing or Savvy Risk-Reduction Practice? The Importance of Withdrawal, written by researchers from Princeton, Central Connecticut State University, the Guttmacher Institute, and Ibis Reproductive Health.

Specifically, they note the withdrawal method, while a poor way to prevent STDs in general, when executed perfectly- which just means withdrawing before ejaculation, aiming said ejaculate away from the relevant lady bits, and not having sex again until one has urinated first to clear any remaining sperm out of the urethra- is 96% effective at preventing pregnancy if used as the primary means of contraception over the course of a given year. For comparison, using a condom, when done perfectly, is 98% effective over that same span and oral contraception has a “perfect use” rate of about 99.7%.

Now this is when all three methods are done “perfectly”, so what about in actual practice with everyday people? The pull and pray method is roughly 82% effective while using a condom is roughly 83% effective, give or take depending on which study you want to go with. The pill, in contrast, does offer a much better “actual use” rate of around 96%.

In any event, back to Twain and his thoughts on Onanism- getting off to a good start with his speech, Twain began by referring to the act as a “species of recreation . . . to which I perceive you are much addicted.”

… Michelangelo said to Pope Julius II, “Self-negation is noble, self-culture beneficent, self-possession is manly, but to the truly great and inspiring soul they are poor and tame compared with self-abuse.” …

Obviously a fan, Twain remained faithful to his journalistic roots and gave equal time to those who were not enamored with the ancient art, noting

Brigham Young, an expert of incontestable authority, said, “As compared with the other thing, it is the difference between the lightning bug and the lightning.” Solomon said, “There is nothing to recommend it but its cheapness.” Galen said, “It is shameful to degrade to such bestial uses that grand limb, that formidable member, which we votaries of Science dub the Major Maxillary–when they dub it at all–which is seldom, It would be better to amputate the os frontis than to put it to such use.”

Twain then turned to Darwin and the noble monkey, stating,

Mr. Darwin was grieved to feel obliged to give up his theory that the monkey was the connecting link between man and the lower animals. I think he was too hasty. The monkey is the only animal, except man, that practices this science; hence, he is our brother; there is a bond of sympathy and relationship between us. Give this ingenuous animal an audience of the proper kind and he will straightway put aside his other affairs and take a whet; and you will see by his contortions and his ecstatic expression that he takes an intelligent and human interest in his performance.

Like a modern roast today, Twain couldn’t resist sticking it to his audience a bit as he opined that those who indulge in the recreation too much can be easily detected by their “disposition to eat, to drink, to smoke, to meet together convivially, to laugh, to joke and tell indelicate stories.”

Ultimately, however, Twain explained that this science was the least efficacious of all sexual acts since:

As an amusement, it is too fleeting; as an occupation . . . too wearing; as a public exhibition, there is no money in it. It is unsuited to the drawing room, and in the most cultured society it has long been banished . . . It has at last, in our day of progress and improvement, been degraded to brotherhood with flatulence. Among the best bred, these two arts are now indulged in only private–though by consent of the whole company, when only males are present, it is still permissible, in good society, to remove the embargo on the fundamental sigh.

Finally, Twain concluded with these maxims:

If you must gamble your lives sexually, don’t play a lone hand too much. When you feel a revolutionary uprising in your system, get your Vendome Column down some other way – don’t jerk it down.