March 28, 2015 Daven Hiskey
This is a weekly wrap of our popular Daily Knowledge Newsletter. You can get that newsletter for free here. 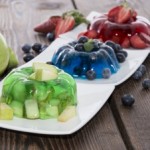 For over a century, Jell-O has been a part of American culture and, according to a 1904 edition of the Ladies Home Journal, “America’s Favorite Dessert” (conveniently enough named such in an advertisement paid for by Jell-O before anyone was really buying it all). That said, ever since then it really has been one of the most popular deserts in America. The story of this fruit-flavored, gelatin-based icon includes good old-fashioned American ingenuity, brilliant marketing, and a wobbly start. Gelatin, the main ingredient in Jell-O, has been an after dinner delicacy for the wealthy dating all the way back to at least the… (more) 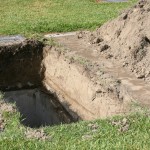 If there’s one thing everyone knows about graves other than the fact that they’re really spooky at night, it’s that they’re always six feet deep. In truth, despite “six feet under” being synonymous with the very idea of death, it has little to no relevance in burial customs. For starters, the rules on exactly how deep you’re legally supposed to bury someone when they die are by… (more) 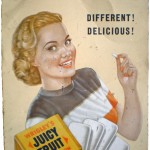 With a brand recognition rate somewhere close to 99% in the States, it’s pretty safe to say that almost everyone reading this has at least heard of Juicy Fruit gum, if not also chewed it at some point. The question we’re looking at today is- exactly what fruit is Juicy Fruit supposed to taste like and does it actually contain any dehydrated juice from that fruit? Now you’d think that answering this question would be as simple as picking up a pack of Juicy Fruit gum and reading the ingredients list, but as with most things in life, we discovered it’s just not that easy. For starters, the ingredients listed on a pack of Juicy Fruit are incredibly vague; the only real piece of useful information you can glean from a pack itself is that the gum contains… (more) 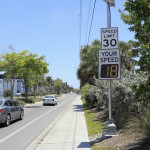 On paper, speed limits sound like a pretty simple idea- legislators and experts agree upon a given speed at which it’s deemed safe to travel through an area and then let the public know by clearly signposting it. But a question we’ve received numerous times over the years is when exactly does a speed limit legally come into effect? Here now is the answer. Any signposted speed limit comes into effect at the exact point the sign resides. In other words, if you’re driving at 30 MPH through a 30 MPH zone and you’re about to enter a zone that allows you to… (more) 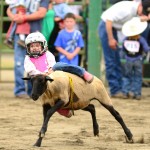 For the uninitiated, “This ain’t my first rodeo” is roughly equivalent to telling a person that you’re more than prepared for a given situation or that it offers little challenge to you. It’s more often than not used derisively, usually in situations where a more experienced person is being given unwanted or unwarranted advice by someone else. The phrase is similar in inclination to the British idiom, “I didn’t come down with the last shower” (shower in this context referring to rain), or the expression, “I wasn’t born yesterday”. As to the origin of the expression, it would seem it isn’t nearly as old as you might think. The earliest known documented… (more) 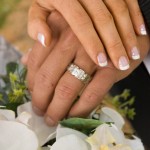 The Truth About Diamonds

An expensive meal at a fancy restaurant, a declaration of romance, and a big, fat diamond ring- this is a pretty standard formula for an engagement proposal. After all, it has been ingrained in all of us that a diamond ring equals love and the bigger the diamond, the more love there must be. Well, believe it or not, diamonds really aren’t all that rare. In fact, the reason diamonds cost so much is more due to savvy (and sometimes unethical) business practices and incredibly successful advertising campaigns than the actual inherent value of the stone based on supply and demand, something anyone who has actually tried to sell a diamond quickly comes to realize. Here now is the story of how and why we all fell in love with diamonds… (more) 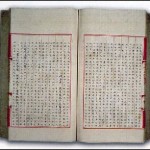 Today I found out about an encyclopedia finished in 1408 that contained nearly one million pages.  This particular encyclopedia was called the “永樂大典”, which translates to “The Great Canon of the Yongle Era”; today it’s  just called, in English, the “Yongle Encyclopedia”.  This encyclopedia was originally commissioned by Emperor Yongle of the Ming Dynasty in China.  It was not only the largest written encyclopedia in history, but was also one of the first.  It held the record for the largest overall encyclopedia in the history of the world (written or not) until September 9, 2007 when Wikipedia surpassed it.  At that point, Wikipedia had about two million articles.
As impressive a project as Wikipedia is… (more) 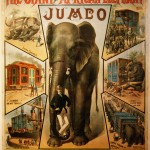 The word “jumbo” can roughly be understood to mean “a large specimen of its kind” and it’s often posited that the word entered the English language thanks to an elephant. While this is certainly a nice story, the truth is a little more complicated. First things first, though etymologists are in agreement that the word “jumbo” in specific reference to something that is quite big was popularised by an African bull elephant called Jumbo, there is evidence that the word existed long before he was even born. In the latter half of the 19th century, Jumbo the elephant was arguably one of the most famous animals on Earth. Throughout his life as a zoo attraction and later a circus performer, he is… (more) 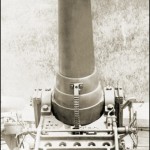 The Most Dangerous Profession

Whenever there is a list released of the world’s most dangerous jobs, tree loggers, steelworkers, electrical power-line installers, and fisherman usually are the professions that populate the list.  But none of those things are nearly as dangerous as being propelled out of a long cylinder tube, flown through the air completely untethered, and attempting to land safely on the ground. As you’ll soon see, when the Bureau of Labor Statistics recently listed logging as the most dangerous job in America at 127.8 deaths per 100,000… well, let’s just say that’s laughable compared to the death rates of the human cannonballers. The human cannonball first entered the public consciousness… (more) 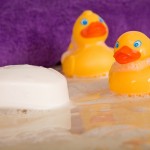 Ivory has been producing their uniquely floating soap for the well over a century now and in that time they’ve become one of the most popular soap brands in the world. For many years, the company has maintained that the discovery of its trademark floating soap was a complete accident, but exactly how true is this? For those of you who aren’t familiar with Ivory brand soap, in a nutshell its two key selling points are that it is incredibly pure (99.44% pure) and that it floats, making it superior to all other kinds of soap because you don’t need to grope around on the bottom of the bath to find it. These two traits have made Ivory soap one of the most popular and enduring brands… (more) 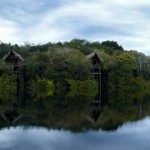 If you’ve never heard of the Candirú, also known as the pencil fish, the toothpick fish, the vampire fish and the fish that SWIMS INTO YOUR PEE HOLE, Google any of those names above (yes, even that last one, but maybe not at work). You’ll see hundreds of pages talking about this thin, translucent fish and its nasty habit of swimming up a stream of urine and lodging itself into the urethra of an unfortunate man or woman. The vast majority of these stories are from men. On the surface, this perhaps makes sense as men have significantly longer urethra’s than women… (more)