This Day in History: March 11th- The White Hurricane 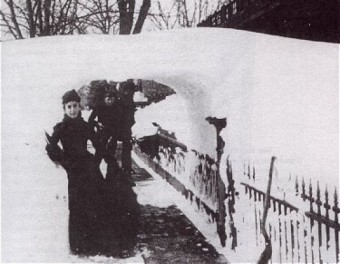 On March 10, 1888, temperatures in the Northeast rose into the 50s after an exceptionally mild winter. Farmers were beginning to ready their fields, crocuses were sprouting in some areas, and people were looking forward to an early spring. By March 11, the region was caught in the grip of what became known as “the White Hurricane”- the blizzard by which all other blizzards are measured.

In the days before any sort of accurate meteorological forecasting, this monster storm took most by surprise. It wreaked havoc from New Jersey all the way to Maine. The snowfall jackpot hit central New England, but the largest societal impact occurred in New York City. Rural people tend to fare better in big storms than densely populated city folk.

The blizzard raged on for 36 hours, pummeling the region with gusts up to 85 mph, as much as 55 inches of snow in some areas, and bitterly cold temperatures. Fearful of losing their jobs, many braved the fearsome storm only to be trapped on trains that were frozen on the tracks, with others dying when they tried to travel on foot in white-out conditions. 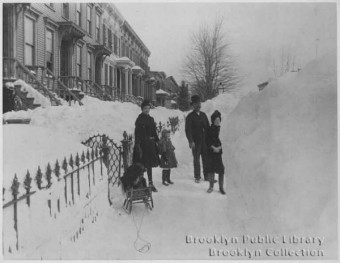 A writer for the Boston Globe shared this recollection in 1967: “I was there in person, a five-year-old. I can recall flattening my nose against the windowpane and wondering whether my father was going to make it. He did. But other dads were found dead in deep drifts by rescue parties.”

Lines of communication were knocked out up and down the eastern seaboard. Food and fuel were scarce, especially in urban areas. People became disoriented and froze to death in snowdrifts, including New York’s Republican Party leader Senator Roscoe Conkling. Mark Twain found himself stranded at a hotel in New York City during the blizzard, and P.T. Barnum did his best to keep a group of people trapped by the storm entertained at Madison Square Garden.

Up to four feet of snow fell in part of Massachusetts, where huge snow drifts made only the chimneys of some houses visible. Many farmers lost their livestock, as even venturing to their barns could be a life-threatening proposition. Hurricane force winds whipped up the sea into an angry maelstrom, pounding the coastline mercilessly and destroying anything in its path. 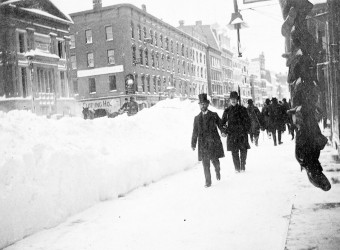 When the blizzard finally had spent itself, at least 400 people had lost their lives, and storm damage was estimated at $20 million (about half a billion today).

Hard lessons were learned from this horrible spanking from Mother Nature. The disadvantages of above-ground telegraph, gas and water lines were driven home in a big way by the blizzard, and steps were quickly taken to place essential utilities safely underground. Addressing public transportation was also made a top priority, and Boston was the first major city in United States to unveil an underground subway system in 1897, a direct result of the Blizzard of 1888.