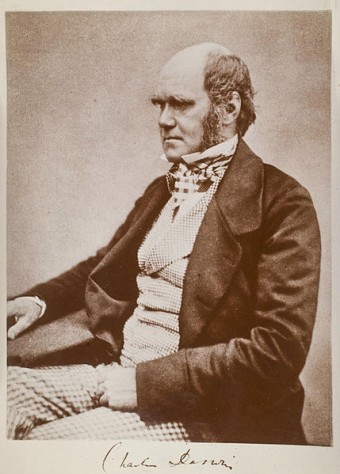 When Charles Darwin’s “Origin of Species” was published on November 24, 1859, it sold out that same day. That’s not as impressive as it may initially seem as only 1,250 copies were available for purchase. The truly remarkable thing was the ground-breaking subject matter contained within its pages.

Like Galileo two centuries earlier, Darwin toppled the established scientific order and shook up the Christian church. His theory of evolution by natural selection was an exciting gateway to modern scientific thought for many, and a horrific threat to those who considered the Bible a literal, and complete, historical account of how life came to exist as we know it on Earth.

The idea of evolutionary biology was not by any means a new one, with theories that touch on evolution going all the way back to at least the 7th century BC. Much more recently, in the early 19th century, there was a very popular theory of evolution proposed by Catholic scientist Jean-Baptiste Lamarck. However, Darwin took a slightly different approach than Lamarck, suggesting that entirely different species could share a common ancestor, a so-called branching model, rather than a “ladder” model that was so popular before. He also backed his ideas up with an incredible amount of research, attempting to answer all questions that might be posed before he published his theory, which he first began developing after studying the specimens and data he collected while acting as a naturalist during a five-year scientific expedition on the H.M.S. Beagle in the 1830s.

However, the Church of England and certain other religious groups were less than enthusiastic about this new origin theory. Among other reasons for doubting it, Darwin’s timetable was in direct contradiction with certain interpretation of the Bible. By their reckoning, it was about 6,000 years since God created the Earth, and by Darwin’s standards, 6,000 years ago was practically yesterday.

That said, contrary to popular belief, many among the clergy saw no problems with “Origins of the Species”, and the debate among various branches of Christianity over the idea of evolution often mirrored the level of debate going on in secular circles. Some major christian groups even simply abstained from taking an official stance.  For instance, the Catholic church never banned the work, as they had done with all of Galileo’s.  More recently, many popes have discussed the topic, including Pope Pius XII who stated that there was no conflict between evolution and Catholicism. Even more recent than that, Pope Francis noted in 2014:

[God] created beings and allowed them to develop according to the internal laws that he gave to each one, so that they were able to develop and to arrive and their fullness of being. He gave autonomy to the beings of the universe at the same time at which he assured them of his continuous presence, giving being to every reality. And so creation continued for centuries and centuries, millennia and millennia, until it became which we know today, precisely because God is not a demiurge or a magician, but the creator who gives being to all things… The Big Bang, which nowadays is posited as the origin of the world, does not contradict the divine act of creating, but rather requires it. The evolution of nature does not contrast with the notion of creation, as evolution presupposes the creation of beings that evolve.

Nonetheless, Darwin’s theory was decidedly controversial in his age both among sects of Christianity and scientists. But with the controversy and debate came a huge advancement in our understanding of how life developed on our lonely little planet. While not the first, it was Darwin’s seminal work that saw evolution, in the general sense, become accepted among many circles. And by the mid-20th century, thanks to advancements in biology, Darwin’s theory of natural selection came to dominate as the accepted general mechanism for how evolution ultimately happened.