February 14, 2014 Melissa
Jamie M. asks: When did people stop thinking it was OK to marry your cousin? 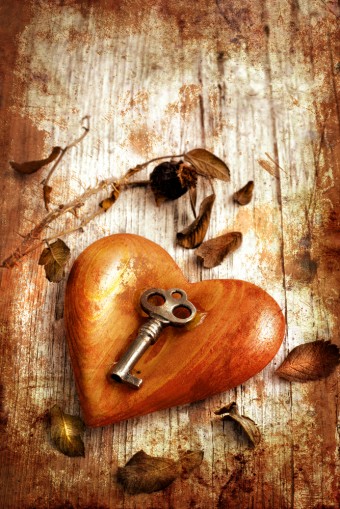 In modern western society, marrying your cousin is not well accepted, particularly in the United States. Through a combination of old prejudices and present-day conventional wisdom about inherited birth defects, first cousin marriage is seen by many as a little too close for comfort, as well as a bad idea if you want children.

However, first cousin marriage is far more common, and far less dangerous, than many of us have been led to believe, as you’ll soon see. Further, if you include second cousins in the mix, according to the Clinical Genetics Handbook, the increased risks with regards to having children are nearly non-existent in this case compared with non-cousin marriage.

While there have been instances of the banning of marriage between cousins at various points through history, such as the Roman Catholics banning the practice for a time starting with the Council of Agde in 506 AD, for the most part marriage among cousins has been popular as long as people have been getting married.  In fact, it is estimated that as many as 80% of the marriages in human history have been between first or second cousins.

This switch in cousin-marriage’s acceptance began in earnest in some parts of the Western world in the mid-19th century. Specifically, until the 1860s or so, first cousins commonly married in Europe and the U.S. In fact, Charles Darwin, Mr. Natural Selection himself, was married to his first cousin Emma Wedgwood.

Nonetheless, the practice soon fell out of fashion in the United States. Although never outlawed in England, during the second half of the 19th century, many states began to ban marriages between first cousins, as part of a larger movement after the Civil War for greater state involvement in a variety of areas, including education, health and safety.

Researchers note that the distinction in marriage bans between England and the U.S. may be explained by the fact that, in the United States, the practice “was associated not with the aristocracy and upper middle class [Queen Victoria and Prince Albert were second cousins] but with much easier targets: immigrants and the rural poor.”

Regardless, cousin marriage bans began popping up across the states, with the first in Kansas (1858). Ohio, NH, NV, ND, SD, WA and WY banned the practice in the 1860s, and many more had enacted bans by the 1920s. The most recent state to ban cousin marriage was Texas in 2005.

The distinction lies in the debate about whether or not there is an increased risk that the partners’ shared genes will produce an increased chance that their offspring will have recessive, undesirable traits. A recent report on births in a British-Pakistani community (where first cousin marriage is very common) demonstrated that first cousin children there were twice as likely to be born with “potentially life threatening birth defects” as compared with the children of unrelated parents.

Advocates on the other side point out that this resulted in only a 6% chance for the children in the study, as compared with a 3% chance for the population as a whole. For your reference, this increase in birth defect rate is about the same as the increased risk of a woman having a baby when she is 40 vs. when she is 30.  Proponents here point out that few would advocate banning a 40 year old woman from having children.

They also point to recent testing that placed the increased risk of spina bifida and cystic fibrosis at only 1.7% -2.8% higher than for children of unrelated parents. Further, researchers point out that “the widely accepted scare stories – even within academia – and the belief that cousin marriage is inevitably harmful have declined in the face of some of the data we’ve been producing.”

Some reconcile the two findings by noting that the children born with defects in the recent British study may, in fact, have been double cousins (best explained by an example):

If a girl and her sister . . . meet two brothers, they pair off . . and each couple produces a baby . . . those kids [would be double cousins]

A community nurse who works among the Pakistani community in the British study opined:

In some societies, first cousin marriage is traditional and well-accepted, although many make a distinction between “cross-cousins” and “parallel cousins.”

Cross cousins have parents who are siblings, but of the opposite sex. The parents of parallel cousins are also siblings but are of the same sex (this chart may help explain).

In cultures where cross cousins are encouraged and parallel discouraged, it is often an inherited taboo, passed down from when there was greater inter-marriage and inter-mingling among the members of an extended family – with a greater chance that first cousins could also be half-siblings:

Fathers who are also brothers may overtly or covertly share sexual relations with the wife of one or the other . . . . Likewise, mothers who are also sisters may overtly or covertly share sexual access to the husband of one or the other, raising the possibility that apparent parallel cousins are actually half-siblings, sired by the same father . . . .[With] cross cousins, because in the absence of full-sibling incest, it is unlikely [they] . . . can share a father . . . [unless a] mother had a brother whose wife was impregnated by [mother’s husband].

This is not very likely to happen in modern societies that practice first-cousin marriage. In fact, in a number of countries, including the United Arab Emirates, Jordan, Yemen and in the Palestinian Territories, paternal parallel cousin marriage is the preferred form of consanguineous marriage.

Globally, cousin marriages are still going strong, with an estimated 10% of all marriages in the world being between cousins, and has high as 50% in some regions of the world. In addition to those countries mentioned above, the “overwhelming majority of cross-cousin marriages appear among the Islamic cultures of North Africa, and those of West and Central Asia.”

However, cousin marriage is making a comeback in the U.S., as well, as more and more studies continue to debunk the overblown risks once commonly touted.

First cousins marrying in 21st century America discover that many states no longer regulate the practice. Likewise, most sects of Christianity do not forbid it, which would be hard to do given cases like Isaac and Rebekah in the Book of Genesis. For instance, the Methodist Church, has “no official position on marriage between cousins.”

Nonetheless, it’s not easy being in a first cousin marriage in some regions of the world. As one man in such a relationship recently discussed, some members of the couple’s immediate family no longer speak to them and have never met the couple’s children. On top of that, he stated,

We don’t typically tell folks. We told our daughters, “It’s not something to be ashamed of, but [don’t] tell your friends . . . people are fickle, and preteens and teens can be downright cruel.”