This Day in History: November 10th- Sunny Day, Sweepin’ the Clouds Away… 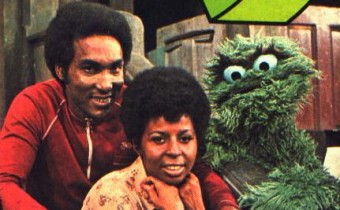 “Sesame Street” was built around a single, breakthrough insight: that if you can hold the attention of children, you can educate them.” – author Malcolm Gladwell

On November 10, 1969 “Sesame Street”, the ever-popular children’s TV show that has taught millions of kids their letters and numbers, made its debut on public television. When the show celebrated its 40th anniversary in 2009, it received a Lifetime Achievement Emmy and was being seen across the globe in more than 140 countries.

‘Sesame Street” was the brain child of Joan Ganz Cooney, who was hired by the Carnegie Institute in 1966 to explore the possibilities of using television as an educational tool, a relatively revolutionary concept at the time, which also inspired the great ordained Presbyterian minister Fred Rogers (aka Mr. Rogers) to start his show in the 1960s; not because he liked TV, but because he “hated it so… I thought there was some way of using this fabulous instrument to be of nurture to those who would watch and listen.”

In any event, during her research, Cooney came up with the concept of “Sesame Street”, a program meant to entertain but also to provide educational instruction to pre-school children, particularly lower income kids with less access to learning opportunities.

The setting of the show was geared toward the urban children they were trying to attract – a city street complete with apartment buildings, corner stores, trash cans and an eight-foot-tall bird. OK, Big Bird may not have been part of the urban childhood experience, but they didn’t try to pretty-up the reality of inner-city living too much (though some begged to differ, of course. You can’t please everybody).

The human cast of “Sesame Street” was integrated, which was a big deal in some regions during the late 1960s. Mississippi even banned the program because they simply couldn’t handle the sight of black and white people living happily together in the same neighborhood. (They eventually got over it though. Incidentally, Mississippi didn’t officially bother to outlaw slavery until 1995.)

The real stars of Sesame Street were, of course, Jim Henson’s Muppets. It’s interesting to note that during the first test episodes of the program, the human cast members and the Muppets never appeared in the same scenes together, as the producers feared that might have confused their young audience.

But when kids were invited to watch test episodes of “Sesame Street”, they were mesmerized by segments featuring the Muppets, and quickly lost interest when sitting through parts of the program that only showed boring old humans. Not being born yesterday, the producers decided to have the Muppets and people interact, and some scenes were re-shot to mix it up before airing.

Joan Ganz Cooney talked about the impact Jim Henson and the Muppets had on “Sesame Street” during an interview with NPR:

Inside the business, it was known he was a genius. And I remember one of the producers said, “Let’s try to get Jim Henson.” And I said, “You think we could get him?” We would not be around now, if we weren’t self-supporting and it was Jim Henson’s Muppets that made us self-supporting.

“Sesame Street” was a critical success right out of the gate. The program won 20 awards in 1970, including three Emmys, a Peabody, and an award from the Public Relations Society of America. By the mid-1970s “Sesame Street” was already a household name, and well on its way to becoming the cultural touchstone it is today for Gen-Xers – and everyone that came after them.