October 11, 2014 Daven Hiskey
This is a weekly wrap of our Daily Knowledge Newsletter. You can get that newsletter for free here. 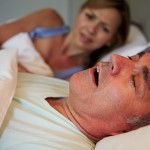 When humans sleep, the muscles around our throats relax and cause the airways to narrow. Snoring occurs when certain soft tissues—such as the soft palate (or roof of the mouth), the uvula (the dangling piece of tissue at the top of the throat), elements in the nasal passages, or the base of the tongue—relax too much and partially block a person’s airway. As the body tries to breathe normally, the increased pressure in a person’s throat causes the soft tissues near the airway to vibrate. The amount of the airway that is blocked can determine the severity of the snoring, so the smaller the airway, generally the louder the snoring. Certain factors can increase the likelihood that a person, man or woman, might snore. For instance, snoring can worsen with… (more) 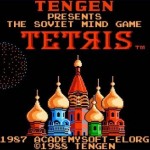 The game was created by Alexey Leonidovich Pajitnov, with the assistance of Dmitry Pavlovsky and Vadim Gerasimov who ported it to an IBM PC, and was released on June 6, 1984.  At the time, Pajitnov was working at the Dorodnicyn Computing Center, which was a part of a Soviet government funded research center in Moscow, called the Soviet Academy of Sciences.  Because Pajitnov was working for the government and was using their equipment when he created Tetris, they retained the rights to the game in the beginning with no royalties being paid to Pajitnov. The game was a huge hit within the USSR almost immediately, being given away freely by the Soviet Union throughout Eastern Europe and the USSR.  Within a year of its launch… (more) 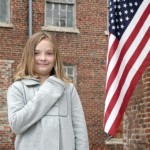 The U.S. Pledge of Allegiance was written by a socialist Baptist minister named Francis Bellamy in 1892. It was published in a popular children’s magazine of the time called The Youth’s Companion as part of the 400th anniversary celebration of Christopher Columbus arriving in the New World. The celebration itself was the brainchild of James B. Upham, a marketer for the magazine who made it his business to foster a sense of patriotism in the youth of America. Upham’s goal was to, “instill into the minds of our American youth a love for their country and the principles on which it was founded, and create in them an ambition to carry on with the ideals which the early founders wrote into the Constitution…” Francis Bellamy intended for the Pledge… (more) 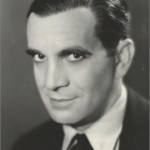 Ask most movie fans, “What was the first ‘talkie’?” The most frequent reply tends to be “The Jazz Singer” starring Al Jolson. This is a “sort of” correct answer, but not really. The earliest “sound” movies were made by synchronizing motion pictures to phonograph records. In 1926, (a year before “The Jazz Singer”) Warner Brothers re-released the previously silent film “Don Juan” with a soundtrack recording done by the New York Philharmonic Orchestra. Warner Brothers also released the first actual all-talking, feature-length motion picture in 1928. It was called “Lights of New York.” The following year, Twentieth Century Fox released “In Old Arizona,” the first all-talkie feature with sound directly recorded on the film. “The Jazz Singer” was actually a silent movie with poorly synchronized musical numbers and a few sentences of spoken words. One of the main reasons “The Jazz Singer” is such a legendary film is because of its star- the immortal Al Jolson. Jolson was, by all accounts, the “Elvis Presley”… (more) 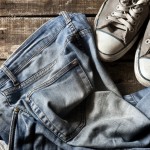 Jeans are easily one of the most ubiquitous pieces of clothing on Earth with millions of pairs being made, sold and wrapped around the butts of style conscious individuals every single day. But why are jeans so popular and for what purpose were they first made? Before we answer that it’s important for us to first define exactly what we mean when we say “jeans” because the word has changed in context over the last few hundred years. As detailed by the Fashion Enyclopedia, the term “jeans” has existed since the 1600s, where it was used as a catch-all term to describe the “rough clothing worn by working men”. Since the fabric used to make these clothes often came from the Genoa region in Italy, it was commonly referred to as “jean”. Weavers from the Nimes area of France tried to replicate this fabric and it eventually came to be known as “denim”… (more) 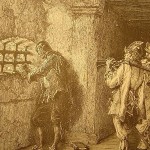 Who Was The Real Man In The Iron Mask?

On November 19, 1703, a tomb in the Bastille’s Saint Paul Cemetery welcomed the corpse of a man who had spent almost the last four decades of his life in various prisons of France. He is without a doubt the most famous prisoner in French history, even though nobody knows why he had to spend over thirty-five years in prison, reportedly in near perfect isolation and often with his face covered. The first known record of the man dates back to July of 1669 when Marquis de Louvois in a letter to the governor of Pignerol prison, Bénigne Dauvergne de Saint-Mars, stated a prisoner by the name of Eustache Dauger would be arriving, who was “only a valet.” This man would go on to be the “man in the iron mask.” But was this his real name? That is uncertain, and in the letter it is clear that the name was added by a different person than who wrote the rest of the letter. Why this is the case is one of the many mysteries surrounding this prisoner. From here we have numerous… (more) 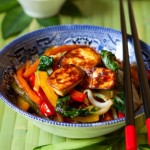 Created roughly 4,000-5,000 years ago in China, the earliest versions of something like chopsticks were used for cooking (they’re perfect for reaching into pots full of hot water or oil) and were most likely made from twigs. While it’s difficult to nail down a firm date, it would seem it wasn’t until around 500-400 AD that they began being used as table utensils. One factor that contributed to this switch was a population boom across the country. Consequently, resources, particularly for cooking, became incredibly scarce.  As a result, people began cutting their food into tiny pieces so it would cook faster. The bite sized… (more)

Technically known as “paresthesia”, this syndrome is caused by the compression of specific nerves. When you sit cross-legged, sleep with your arm above your head, or position any limb in such a way to put excess pressure on a nerve, that nerve will stop sending impulses normally. Should the pressure be great, or the duration be long, the nerve will eventually stop sending impulses altogether.  Any area the nerve services will essentially then “fall asleep”.  Think of a person standing on a garden hose. It’s hard for the water to get to the nozzle when the person’s feet get in the way. If the person’s heavy enough, or she stands on the hose for too long and the hose fully compresses, water will eventually stop flowing entirely. Once this pressure is relieved… (more) 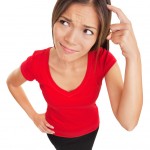 Down and to the left, straight-head but unfocused, and, of course, up and to the right, when asked a tough question or to recall a long-buried memory, most of us shift our eyes. Although there is no definitive answer as to why we do this, there are two primary theories that attempt to explain why we shift our eyes when trying to formulate an answer. Wiring in the Brain: Beginning in the 1970s, neuropsychologists in the emerging field of neuro-linguistic programming (NLP) began experimenting with the well-known but poorly understood phenomenon of people looking to the side (and sometimes up or down), when trying to remember, or when answering a difficult question (called lateral eye movements or LEM). Knowing that the two… (more) 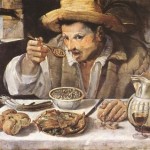 Beans contain a sugar molecule called ‘Oligosaccharides’. These types of sugars cannot be digested by the stomach or small intestine. They get passed on to the large intestine where numerous types of bacteria begin to break them down. During the process, the bacteria release several different types of gases, mainly hydrogen, nitrogen and carbon dioxide. Don’t be concerned about these particular gases, they are stench-free!  Your fetid flatulence affliction is from a different source. About 1/3 of the microbes end up producing methane as a result of breaking down these sugars. Once the methane builds up to the point that it begins to produce pressure on your… (more)