Where Did Peanuts Come From? 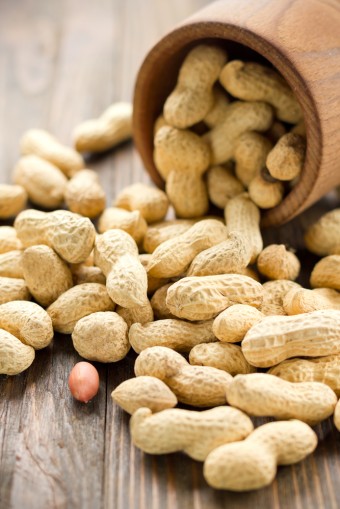 The shell of a peanut (not actually a nut) is a pod, and, like other legumes, each pod may contain more than one seed. Although the cultivar common in the United States has two seeds, different peanut varieties will have anywhere from one to four. Nutritious and versatile, peanuts are a vital staple in the diets of people around the world.

Although today ubiquitous across the globe, the peanut (Arachis hypogaea) was native only to South America, and it is believed to come from the foothills of the Andes in Bolivia and Peru. Ancient, anthropologists have found evidence of peanut cultivation dating back at least 7,600 years.

Tasty and hardy, the plant quickly spread. It reached Mexico by the 1st century AD, and soon after European explorers reached the New World, sailors were transporting it to China and Africa, where it became popular by the 1500s.

Shortly after, as North America was being colonized, Africans in bondage, brought to work in plantations in Virginia as part of the slave trade, brought peanuts with them. By the early part of the 19th century, peanuts were being grown commercially for use not only as a food, but also for oil, and even as a substitute for cocoa. During the last part of the century, “hot roasted peanuts” were sold by P.T. Barnum as the circus criss-crossed the country, contributing even more to their popularity.

Innovations in the 20th century made growing and harvesting peanuts much easier, which by this point were being consumed as nuts, oil and peanut butter. Even more farmers began to grow peanuts at this time as a boll weevil infestation was ruining cotton crops.

Today, peanuts are cultivated around the world, with China and India producing the most. Hardy and easy to grow, peanuts pack a lot of nutrition into a small package. In fact, a quarter cup of peanuts provides significant amounts of vitamins B3, B1, E, biotin, folate, copper, manganese, molybdenum and phosphorous. It also provides nearly one-fifth of a person’s daily protein needs.

Building on this firm foundation, pediatricians working in Africa have developed a therapeutic food made from a combination of peanuts, oil, sugar, powdered milk, vitamins and minerals to use to combat severe acute malnutrition (SAM). Called high-energy RUTF (ready-to-use food) paste, the treatment is cost-effective, resistant to spoilage and is believed to have saved thousands of children over the past decade.

Indiscriminately feeding peanut butter to children may shock American parents who have been warned of the risk of food allergies, but it is consistent with recent research that indicates that this fear, and its concomitant late introduction of peanuts, may have contributed to the massive increases in peanut allergies seen in recent decades.

In 2000, the American Academy of Pediatrics recommended that children not be introduced to peanuts until age 2, although by 2008 it was becoming clear that these measures in no way were preventing the development of food allergies.

More recently, the American Academy of Allergy, Asthma & Immunology in January 2013 issued recommendations that counter the old guidelines, and encourage the introduction of peanut butter (along with fish and eggs) between the ages of 4 and 6 months, in order to help train the child’s body to accept the food. 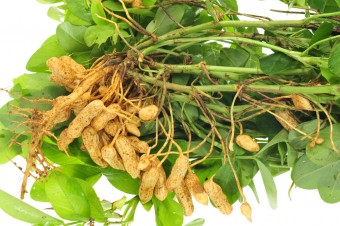 Nonetheless, peanut allergies remain a concern, and a recent study confirmed that, in particular, dry roasted peanuts cause the most severe allergic reactions. This is because:  “dry roasting causes a chemical modification of peanut proteins that appears to activate the immune system.”

In addition to allergies, when peanuts are improperly stored, certain types of mold will grow on them and produce aflatoxin, a type of carcinogen that has caused liver cancer in laboratory animals. However, a study by Consumers Union revealed that although the toxin was found in some butters – ironically, the highest in those butters fresh ground in health food stores – the large brands had the lowest amounts (Skippy, Jif and Peter Pan).

Furthermore, peanuts can also carry salmonella – a potentially deadly bacteria. During 2008-2009, a salmonella outbreak traced to tainted peanut butter was linked to 9 deaths and made hundreds ill across the country. During a subsequent investigation, it was revealed that the company at the center of the outbreak, The Peanut Corporation of America, knew the peanut butter was contaminated before it was shipped.

Six years later, a federal jury in Georgia convicted its owner, Stewart Parnell, of fraud, conspiracy and other charges. His brother, Michael, was also convicted of several charges, and the plant’s “quality control” manager, Mary Wilkerson, was convicted for obstruction of justice. This was the first time the chief executive officer of a corporation was tried before a jury for knowingly selling food tainted with the bacteria.

Luckily, most health experts believe that, in moderate amounts, peanut butter is safe to consume. Accordingly, peanut butter revenues in the United States have increased over the last few years, to reach $1.5 billion in 2013.